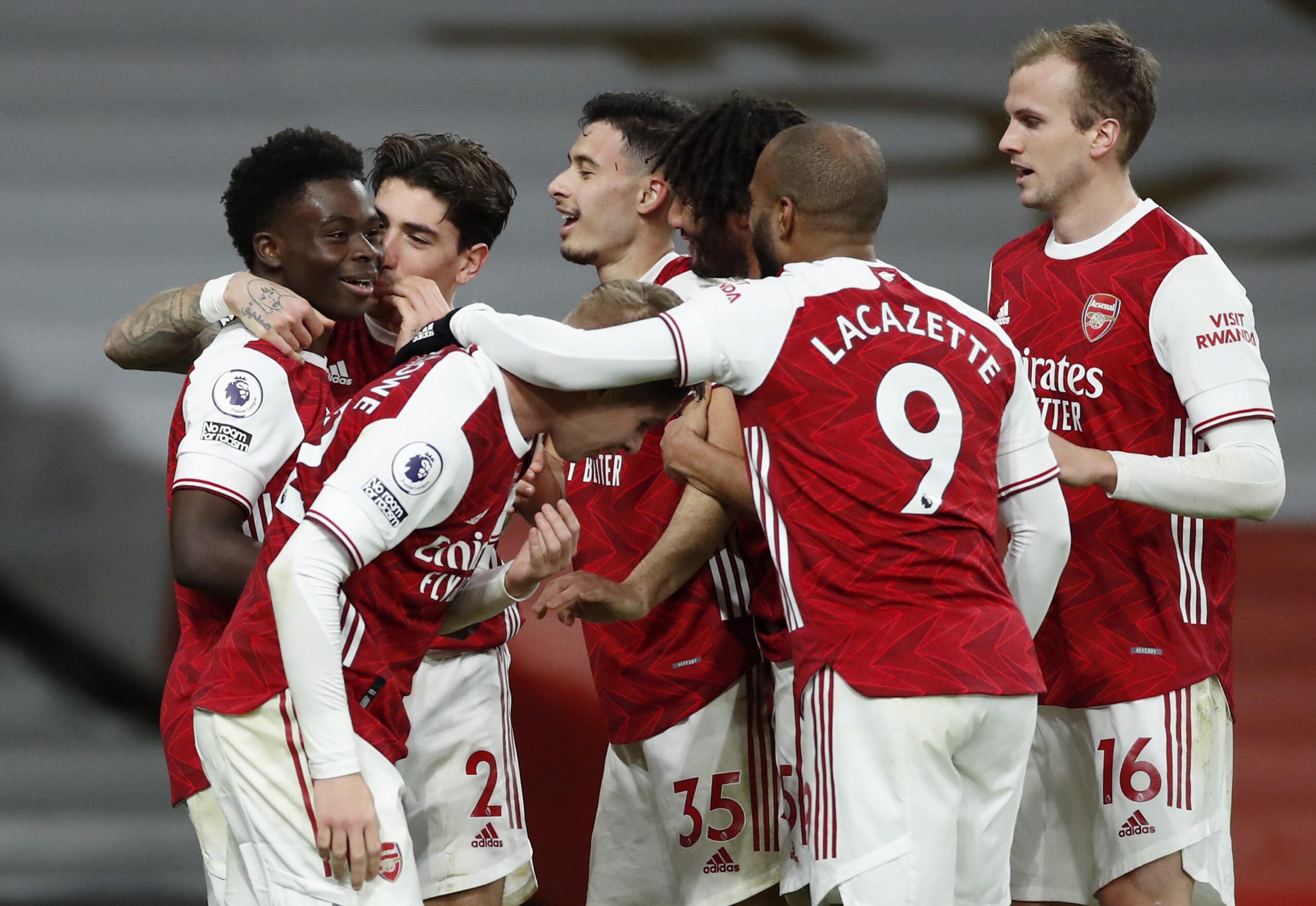 Mikel Arteta’s side came into this matchday occupying a coveted fourth place in the Premier League table, having won six of their seven league matches ahead of March’s international break.

However, Tottenham Hotspur leapfrogged the Gunners on Sunday, courtesy of a stunning come-from-behind 5-1 home triumph over bottom-half Newcastle United.

Arsenal will take the Selhurst Park pitch in high spirits, but Palace’s recent run of form suggests this exciting London derby could prove tricky for the Champions League hopefuls.

Patrick Vieira’s men followed up a heroic ‘nil-nil’ home league draw with table-topping Manchester City with a thumping 4-0 win over Everton in the FA Cup quarter-finals last time out.

Though many questioned Vieira’s appointment in the summer following the Frenchman’s underwhelming managerial spell at Nice, the ex-Arsenal midfielder defied every expectation in his maiden season at Selhurst Park.

Palace have alternated between victories and draws across their last four Premier League outings (W2, D2) to tuck themselves in mid-table safety, with a first top-half finish since 2014/15 also within reach.

However, the Eagles have faltered at home, going winless in their last five Premier League matches at Selhurst Park (D2, L3), which has been the case in their previous four H2Hs as hosts (D2, L2).

Selhurst Park has been a ‘friendly’ environment for Arsenal, as they are unbeaten in 15 of their last 16 league meetings with Palace at this venue (W8, D7).

Arteta’s men lost their opening two Premier League London derbies of the season, but they have since gone undefeated in four such fixtures on the trot (W3, D1).

There is no doubt the Gunners will head to south London in a confident mood, especially after winning their last five away league games by an aggregate score of 14-3.

Even though Vieira had high hopes for Wilfried Zaha to overcome his thigh injury in time to meet Arsenal, the Ivory Coast international has joined Michael Olise, Nathan Ferguson and James McArthur on the sidelines.

Second-choice goalkeeper Bernd Leno could have another run-out in goal as Aaron Ramsdale continues to struggle with a hip injury, while Takehiro Tomiyasu remains unavailable to injury.

Without Zaha and Olise, Palace may have lost the cutting edge in the front third, while Arsenal have momentum firmly behind them following a five-game winning run on the road.

Considering what’s at stake for the Gunners, we back them to edge out Vieira’s side.