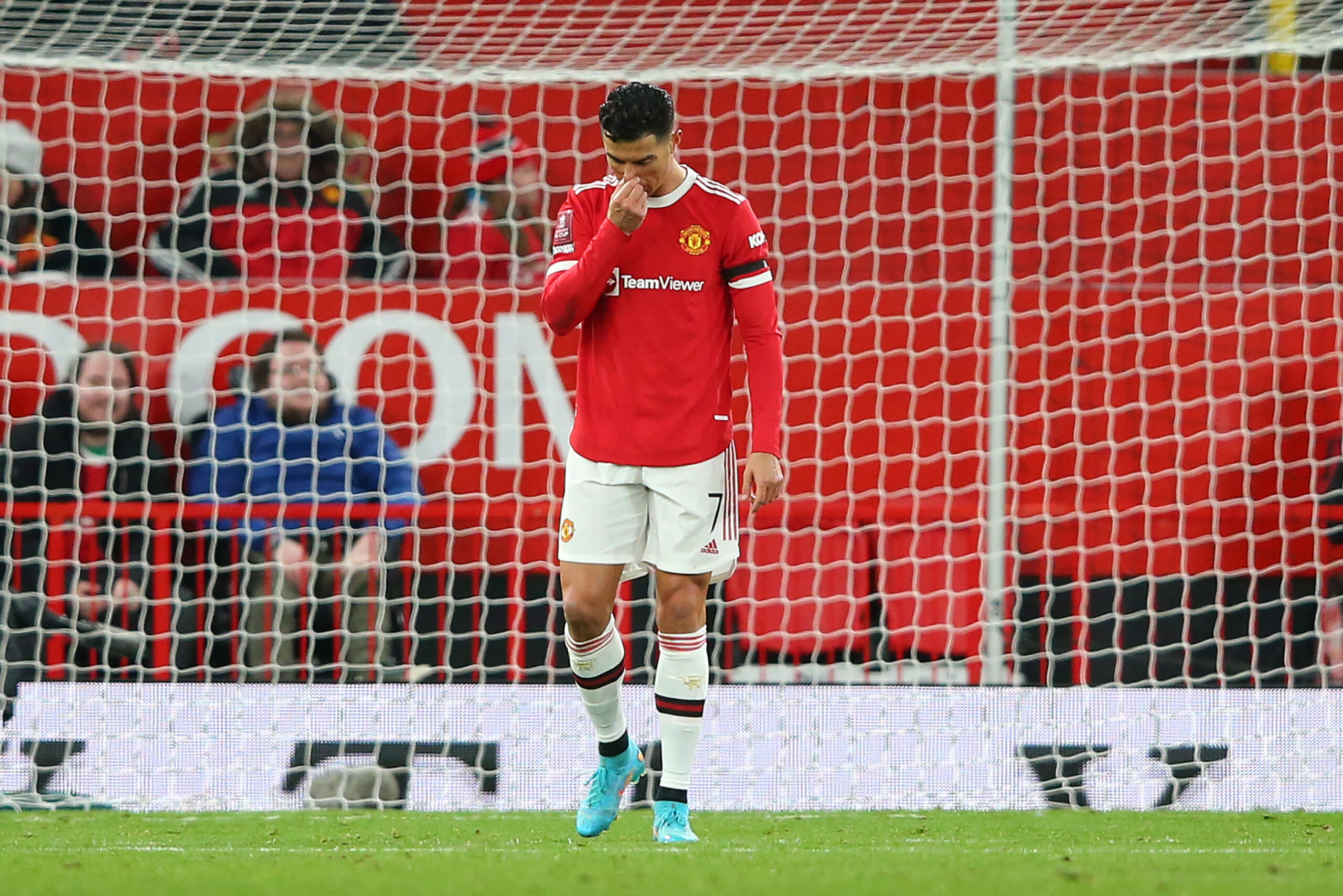 Manchester United forward Cristiano Ronaldo has been urged by football pundit Garth Cooks to exit Old Trafford and team up with David Beckham at Inter Miami.

The Portugal international has scored 18 goals across all competitions since rejoining the Red Devils, who have been underwhelming as they currently sit seventh in the Premier League table.

Ralf Rangnick’s men were held to a 1-1 draw against Leicester City last time out and have now failed to win any of the six league outings in which Ronaldo has not started this term.

With United all but set to miss out on next season’s Champions League, Cooks has advised the ex-Real Madrid man to make a switch to Major League Soccer this summer.

In his Team of the Week column for BBC Sport, Cooks wrote:

“Old age comes to us all but its impact can be more visible in some than others. Ronaldo has scored an impressive 18 goals in 32 matches in all competitions this season but it is a far cry from his usual high standards of almost a goal every game when he was playing for Real Madrid.

“He’s moved his position from wide on the left where he scored and created goals for himself and others with alarming regularity, to playing up front and having to rely on quality service to provide the opportunities to score goals.

“I am a huge admirer of Ronaldo. His professionalism is beyond reproach and he has more than fulfilled the expectations required of a 37-year-old player in the toughest league in the world. However, he is still a young man who needs a purpose in life. The United States might be the place to establish that purpose.”

David Beckham would certainly be open to the idea of signing the five-time Ballon d’Or winner as he stated last year that his side were looking to bring in players of Ronaldo’s level.

“Without a doubt, those are the type of players that we aspire to bring to our club. I think that the fans would really appreciate that.”

Ronaldo, on the other hand, may not fancy a move to the MLS for the time being as the 37-year-old will feel he still has a lot to offer in European football.