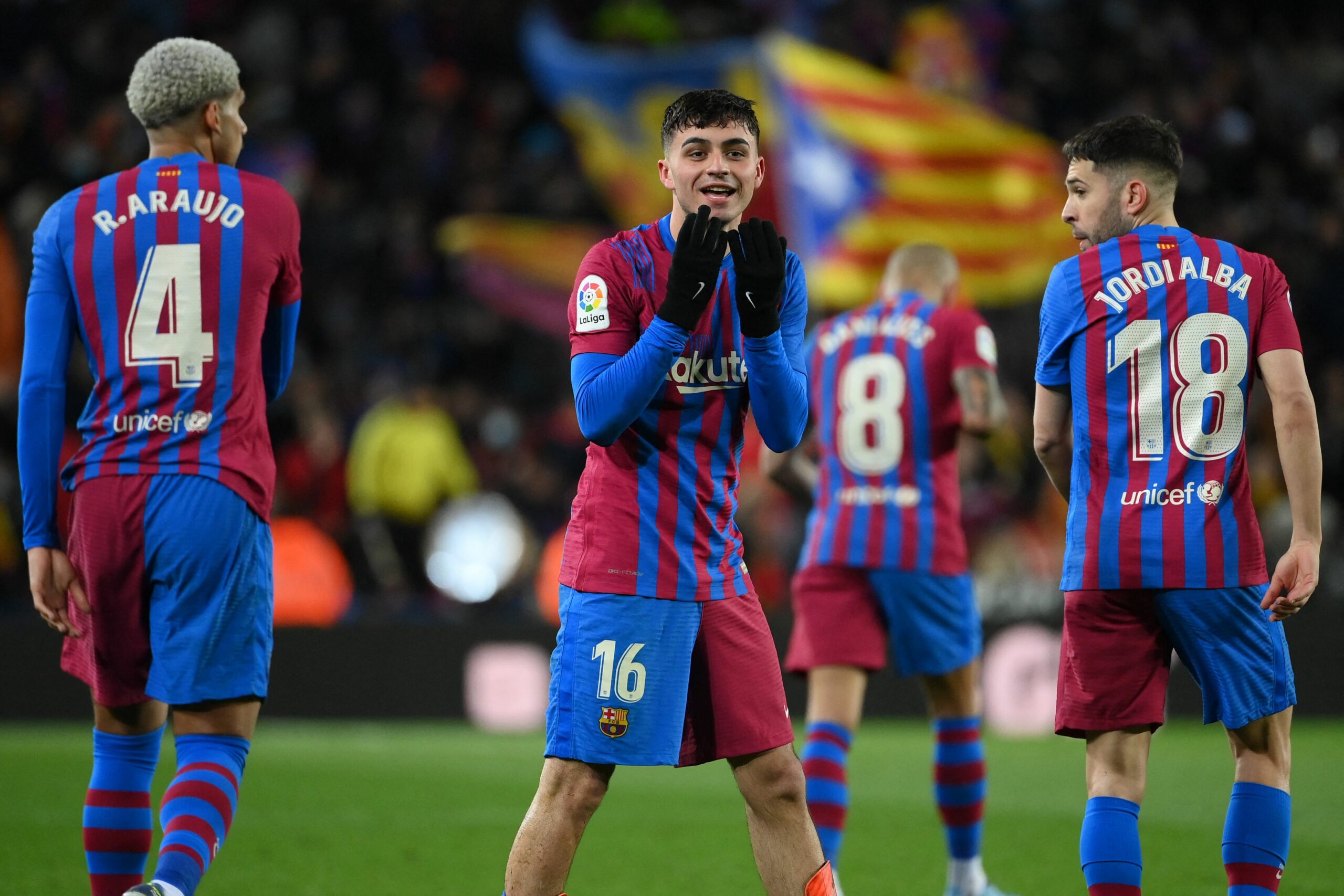 A rejuvenated Barcelona recorded their fourth consecutive victory by seeing off the threat of Sevilla in a narrow 1-0 triumph on Sunday.

Separated by just three points, the sides went head to head at Camp Nou looking to preserve the two longest active unbeaten runs in the league.

Xavi Hernandez made one alteration to the starting XI that demolished Real Madrid last time out with Dani Alves coming in for Eric Garcia.

Sergio Busquets required medical attention following a collision with Gerard Pique early on but Busquets was okay to continue.

The home side dominated proceedings in the opening half although they had little to show for it as Frenkie de Jong and Ousmane Dembele both spurned huge opportunities to break the deadlock.

Sevilla flew out of the blocks in the second period and nearly took the lead via Erik Lamela, who saw his goal-bound effort saved by a largely untroubled Marc-Andre ter Stegen.

Barcelona regained control of the game shortly afterwards and threatened through Ferran Torres, Ronald Araujo and Pique with the latter crashing a header onto the crossbar in the 69th minute.

All that pressure finally paid off three minutes later as Pedri served up a reminder of why he is one of Europe’s hottest prospects.

The 19-year-old showed great composure to skip past the challenges of two opposing players before firing home with aplomb into the far corner.

Sevilla came closest to drawing level with a minute of stoppage time left to play when Ludwig Augustinsson forced a wonderful save out of Stegen in the final meaningful action of the contest.

Barcelona have now moved up to second place in the La Liga standings, level on points with Atletico Madrid and Sevilla who have both played a game more.

The Catalans head into Thursday’s Europa League meeting with Eintracht Frankfurt on a high as they go in search of silverware to cap off a wonderful second half of the season.