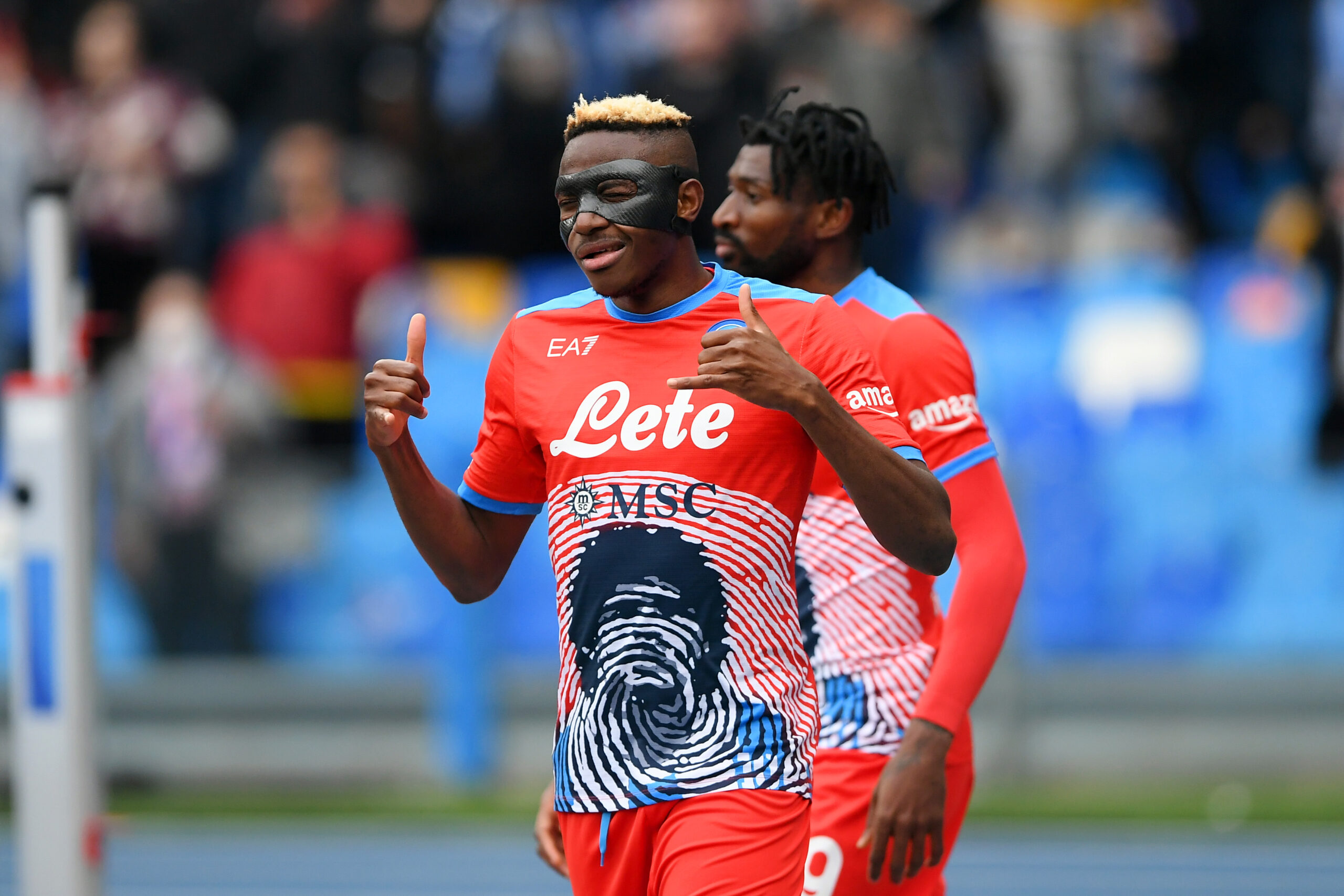 The Gunners are expected to pursue at least one marquee striker this summer, and it appears they are currently focusing on potential targets from Serie A.

Osimhen has had an injury-plagued campaign for Napoli, but has still caught the eye with 15 goals and four assists from 25 appearances in all competitions.

He is reportedly one of the prime optiond for the north London giants alongside Martinez, who was linked with a Premier League move at the start of the season.

Martinez has since put pen-to-paper on a new deal with the Nerazzurri, but it has been reported that a fee of around €70 million could be sufficient to sign him.

The Argentine, who has bagged 16 goals and two assists for Inter this term, could be considered a more viable target for the Gunners when compared to Osimhen.

Osimhen was pursued by Napoli from Lille for €75m in the summer of 2020. They plan to hold out for as much as €100m to sanction his sale over the summer.

Mikel Arteta’s side currently have Alexandre Lacazette and Eddie Nketiah as the senior strikers, having offloaded Pierre-Emerick Aubameyang on January 31.

Lacazette has been the go-to choice for Arteta up front over the past few months. While the Frenchman has seven assists since December, he has netted just thrice.

Arteta has acknowledged that the club need a genuine goalscorer this summer, but the hierarchy are still open to the possibility of keeping Lacazette at the club.

Both Lacazette and Nketiah have their contracts expiring on June 30, but the former could yet be convinced to stay if a multi-year renewal can be agreed.