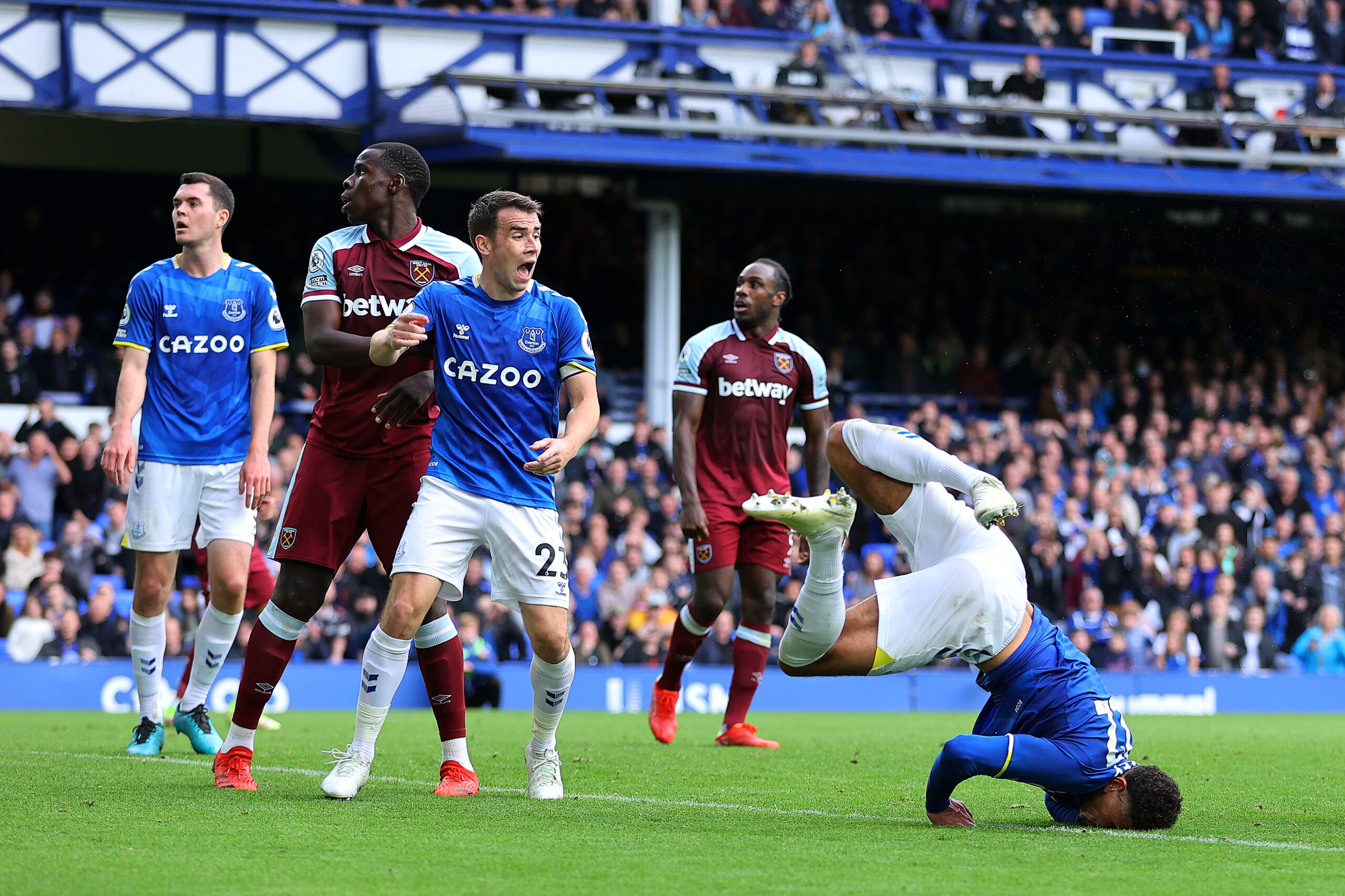 West Ham’s bid to secure European football for next season was handed a boost on Saturday as Leicester City held Manchester United to a 1-1 draw at Old Trafford.

Only three points now separate the Hammers from a coveted sixth place, yet their recent problems with inconsistent performances could pose a threat on Sunday.

David Moyes’ men have alternated between victories and defeats across their last four Premier League outings, including a 3-1 loss away to Tottenham Hotspur on the stroke of the international break.

Like their hosts, Everton suffered epic heartbreak last time out as high-flying Crystal Palace thumped them 4-0 in the FA Cup quarter-finals.

However, Frank Lampard’s men squeezed past Newcastle United 1-0 in their most recent Premier League fixture to end a run of four successive defeats ‘to nil.’

West Ham entertain the prospect of winning three consecutive Premier League matches at the London Stadium for the first time in over a year after back-to-back victories over Aston Villa and Wolverhampton Wanderers.

There is also a piece of history open for grabs, as the Hammers could register their first-ever Premier League double over Everton following a narrow 1-0 triumph at Goodison Park earlier in the season.

Despite Moyes’ reputation as a defensive-minded coach, the Londoners have netted 49 goals after 30 Premier League matchdays, their best scoring tally at this stage of a top-flight season since 1983/84.

The aforementioned victory over Newcastle may have eased some pressure on Lampard, but Everton are not off the hook yet by any stretch of the imagination.

Coming into this matchday, the Toffees hold a slender three-point lead on 18th-placed Watford, and with three games in hand, they have their survival hopes firmly in their hands.

But Lampard’s men have racked up a league-low six points from their 13 Premier League away outings this season (W1, D3, L9), losing the last four in a row by an aggregate score of 12-2.

West Ham stars Vladimir Coufal and Jarrod Bowen both face a race against time to make themselves available to Moyes for Sunday’s fixture.

Angelo Ogbonna is still out with a long-term injury, while Manuel Lanzini recovered from a car crash on Thursday and could make the bench.

As for Everton, Andros Townsend, Fabian Delph, Yerry Mina and Tom Davies are all sidelined with injuries, while Allan will serve the second of a three-match ban.

Both sides need to get the most out of this clash to achieve their seasonal goals, but we expect West Ham to take advantage of Everton’s underwhelming away form to seal an all-important three points.