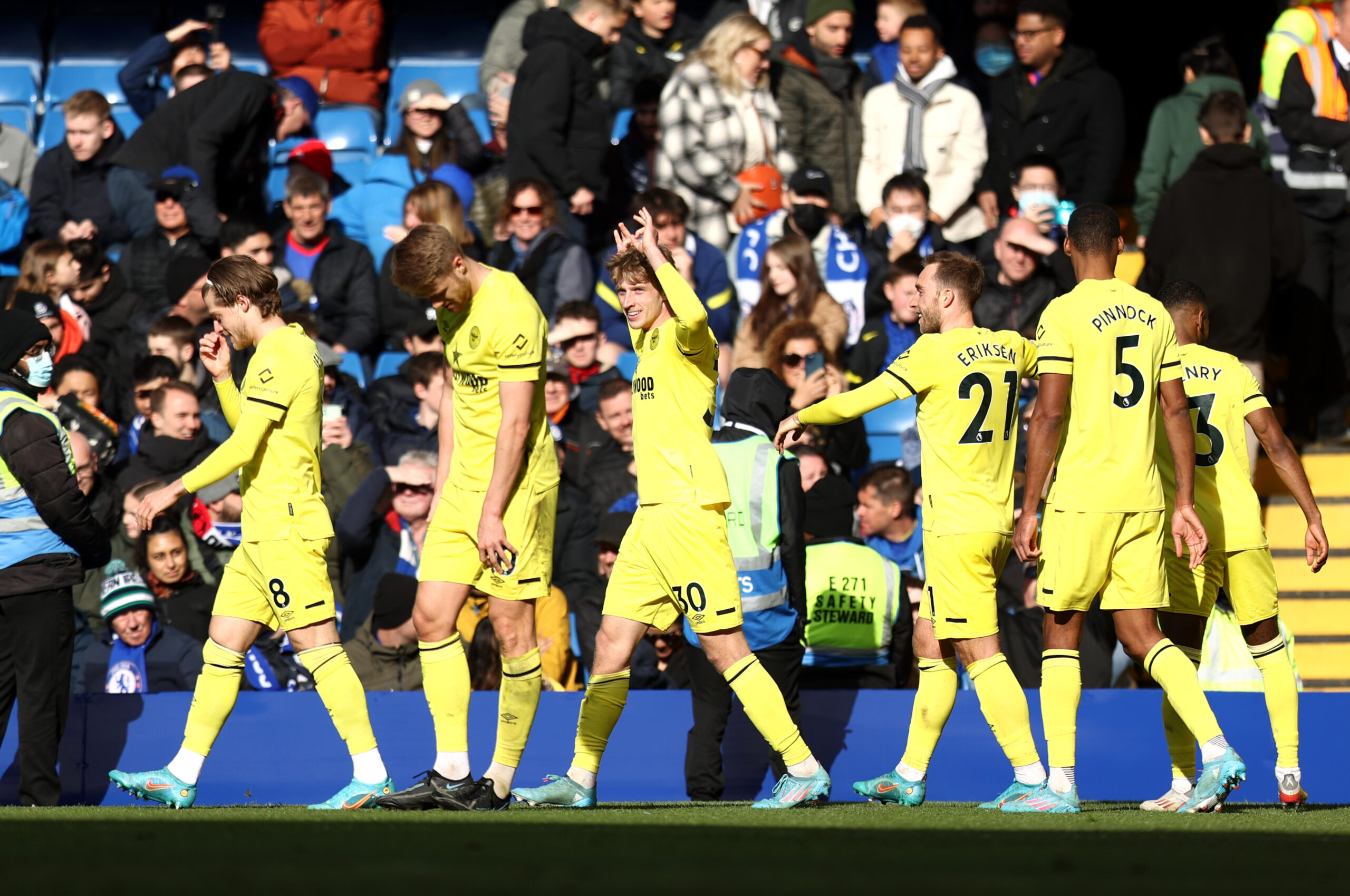 Chelsea fell to a 4-1 defeat against local rivals Brentford in a frenetic London derby at Stamford Bridge on Saturday.

Thomas Tuchel’s men paid the price for an abysmal display in front of their fans as Brentford secured a memorable victory, arguably their biggest since gaining promotion back in August.

Brentford started the game on the front foot and were perhaps a tad unlucky not to go into the break with a lead off the back of a wonderful first-half display.

The deadlock was finally broken two minutes into the second period with Antonio Rudiger’s long-range effort flying past David Raya into the corner.

What followed next was an astonishing turn of events as Thomas Frank’s men scored three times in 10 minutes.

Vitaly Janelt drew his side level in the 50th minute courtesy of a lovely strike from Bryan Mbeumo’s pass before Christian Eriksen turned the game on its head from another Mbeumo assist moments later.

Those quickfire goals set the cat right among the Chelsea pigeons and the visitors struck again on the hour mark as Janelt grabbed his second of the game with a clever finish over Edouard Mendy.

Kai Havertz thought he had managed to halve the deficit midway through the second half, but his goal was ruled out by the VAR for handball.

The European champions pushed forward in search of a crucial goal all to no avail with Brentford standing firm at the back before going on to deliver the final blow three minutes from time.

On as a substitute for barely 90 seconds, Yoane Wissa took advantage of shambolic defending to fire home his third goal in four games for club and country.

With a Champions League clash against Real Madrid to follow, Chelsea have little time to dwell on a disappointing result ahead of their continental commitment.

The Blues remain five points clear of Arsenal in the Premier League table albeit having now played a game more than the Gunners.