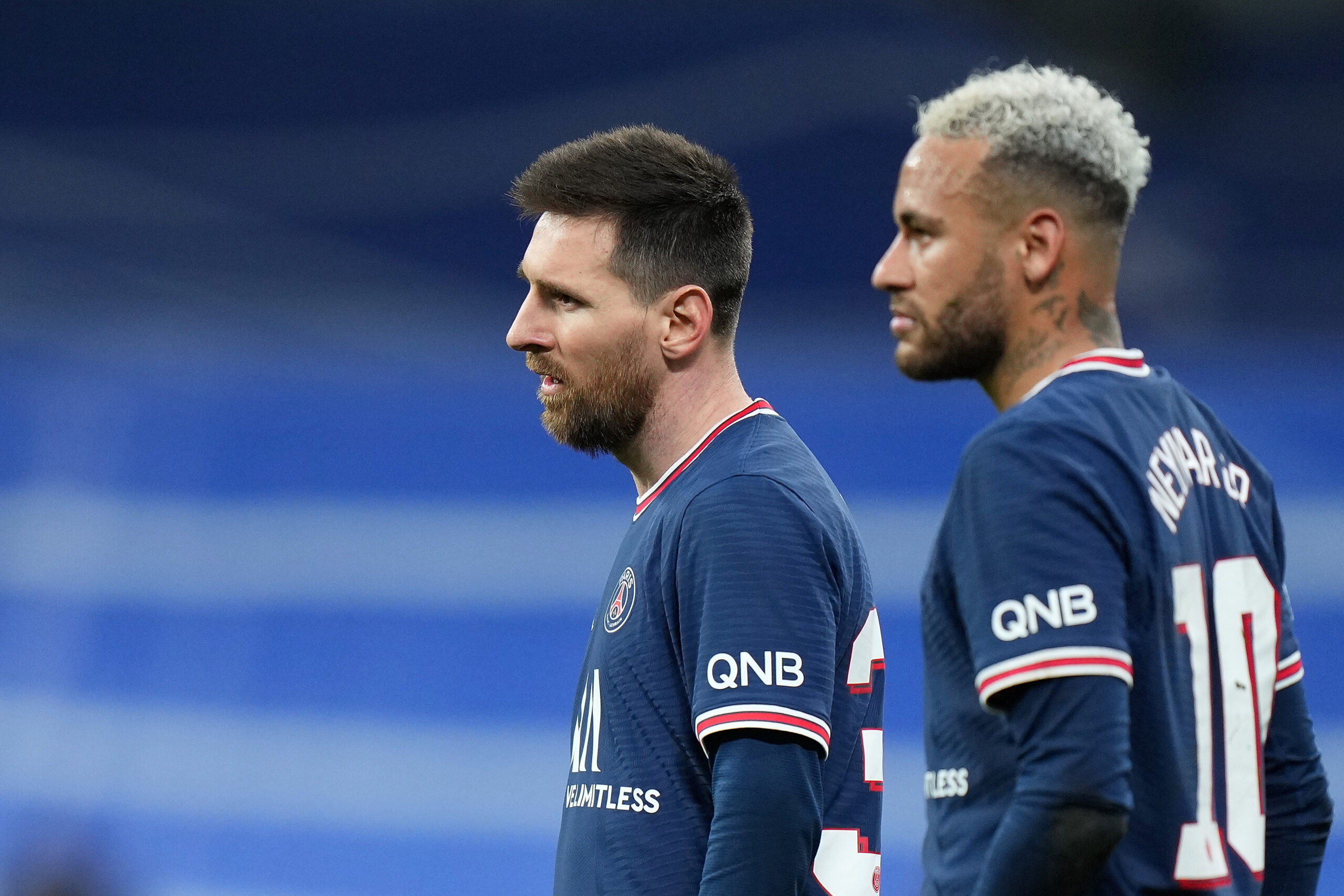 Paris Saint-Germain could be open to selling superstars Neymar and Lionel Messi this summer, according to a report from L’Equipe.

In the wake of the UCL debacle, almost half of the squad faced the wrath of the fans, especially Neymar and Messi, who were booed by the Les Parisiens faithful.

PSG’s Qatari owners are under pressure due to the continued failure in European competitions, and they are likely to undergo another overhaul this summer.

In such a case, Les Parisiens are said to be willing to offload two of their talismans, Neymar and Messi.

Messi only moved to Parc des Princes from Barcelona last summer, but he has clearly failed to live up to his standards.

There were rumours regarding his possible return to Camp Nou, but Blaugrana president Joan Laporta recently played down the chances of re-signing the Argentine forward.

On the other hand, Neymar’s exit rumours also circulated after the UCL failure that PSG were ready to sell the Brazilian after becoming disappointed with his performances.

With Kylian Mbappe poised to leave this summer, it wouldn’t be wiser to sell Neymar and Messi.

The former Barcelona duo’s club form might be a concern, but they have shone in the recent international break, meaning that PSG can also learn to get the best out of them.

Furthermore, the Brazilian forward only signed a contract extension last year and finding a suitor that can match his wages will be difficult.