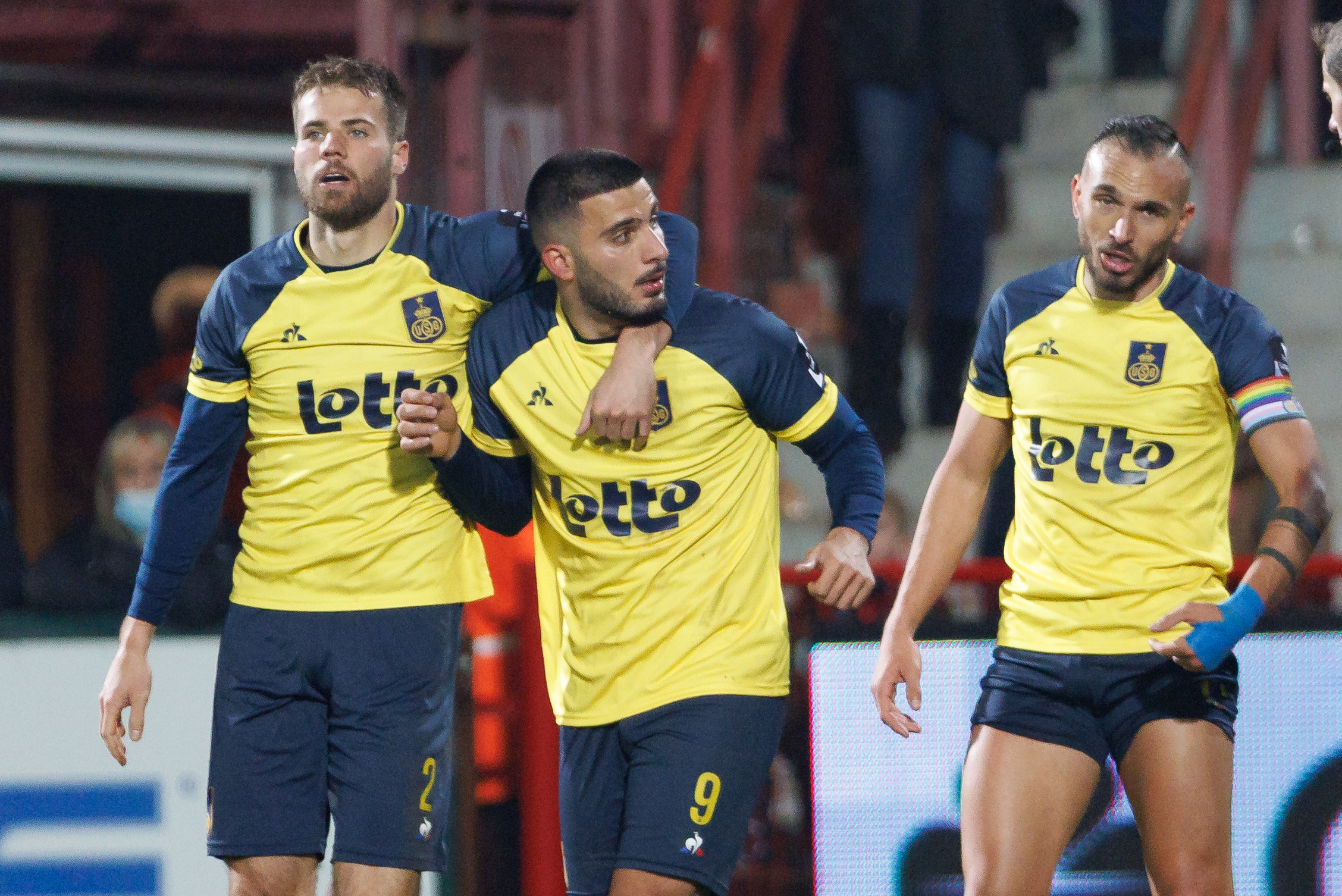 We pay a lot of attention to football in the top-five European leagues, but of course, the beautiful game is played all over the world. And if there is one thing we know, it is that where there is football, there is narrative. With that in mind, our objective with Elsewhere in Europe is to run a monthly column that highlights a few such storylines elsewhere in Europe, and perhaps from another continent from time to time too.

In our first edition, we will be briefly going over Royale Union Saint-Gilloise’s fairytale campaign in Belgium, Trabzonspor’s imminent Turkish Süper Lig success, Ajax’s tight title race against PSV Eindhoven in the Netherlands, and FC Zürich, who look set to lift their first league title in a decade years.

If someone asked you to name the three most successful clubs in Belgium, you would probably guess Club Brugge, Anderlecht and one of Standard Liège, Genk and Gent. You would be right in terms of the overall points accumulated. In terms of league titles, though, Anderlecht have the most (with 34), Club Brugge are second (with 17), but after those two we have Royale Union Saint-Gilloise (with 11).

Founded in 1897, Union St. Gilloise were the most successful club in Belgian football in the pre-WW2 era. They won four league titles in a row from 1903 to 1907, and between 1933 and 1935, they won three more consecutive league trophies and went unbeaten for over 60 matches in the process. This remains the longest unbeaten run in Belgian football to this day. They have not won the league ever since, though, and after suffering their first relegation in 1963, Union became a bit of a yo-yo club for a decade.

Their fall accelerated thereafter, and Union found themselves in the depths of the Belgian fourth tier by 1980. After knocking about in the lower tiers of Belgian football for about 45 years, there was hope again for Union when they were purchased by Brighton owner Tony Bloom and current chairman Alex Muzio. This takeover transformed the club, and their modern data-driven approach to administration and recruitment already seems to be reaping rewards.

After two seasons where Union came close but ultimately missed out on promotion comfortably, they stormed the second division under new manager Felice Mazzù as they lost just two games in 2020/21 en route to the title and direct promotion that came with it. Even the most optimistic of Union supporters could not have seen what was coming next, though.

At the time of writing, there are two round of the regular season yet to be played in Belgium, and if Union win both of their matches, they will match their points tally from last season and finish at least five points clear of the team in second.

The job will not be done, because the small matter of the championship play-off comes next, which involves the top-four teams playing each other home and away after their points tallies are halved. So, Union could find themselves defending just a three-point lead while facing the likes of Club Brugge, Royal Antwerp and Anderlecht.

Club Brugge are the only side that seem to have a realistic chance of pouring cold water over this fairytale, and they have won their last six matches in a row while Union have dropped four points in the same period. After manager Phillipe Clement left for Monaco, Club brought Alfred Schreuder in as his replacement, and the Dutchman has got them firing after a strong January transfer window.

No matter what happens in the championship play-offs, this has been a miraculous season for Royale Union Saint-Gilloise.

🇹🇷 Turkey: Trabzonspor on course to storm to the Süper Lig crown

Only six clubs have ever won the Turkish Süper Lig title, including İstanbul Başakşehir and Bursaspor who have won it just once each. Of the other four, only Trabzonspor have six titles, while the big three of Galatasaray, Fenerbahçe and Beşiktaş have 57 titles among them.

Trabzonspor were the first side based outside of Istanbul to win the league way back in 1976 while Union Saint-Gilloise were falling down the Belgian pyramid, but after a decade or so of success, they have not lifted the trophy since 1984. That finally looks set to change, as Trabzonspor have a 15-point lead at the top of the table with eight rounds of matches left. In a season where the big three have underperformed due to various reasons, Trabzonspor have stormed the league and have just lost two matches so far.

…but tell that to someone in the city of Trabzon, and they will simply respond with this:

Over in the Netherlands, the two most successful clubs in terms of Eredivisie titles are involved in a close title race.

Ajax have a two-point lead over PSV with seven rounds of fixtures to be played until the end of the season, but the defending champions will most likely prevail in case the sides finish level on points because their goal difference is +40 more than PSV’s.

Based on xG, Ajax have comfortably been the best side in the league this season as they have the highest xG tally with 78.1 and lowest xG conceded figure with 20.8. For context, PSV, who are second in both of these metrics as well, have accumulated 62.6 xG and allowed 25.0 xG. This means that Ajax have the best xGD (Expected Goal Difference) in the league by a margin of over 20.

Despite this, PSV have managed to keep step with them and even have the upper hand in terms of recent form. They have won each of their last five games with an aggregate score of 14-3, while Ajax lost against Go Ahead Eagles last month, and have won each of their subsequent league fixtures after going behind and scoring a winning goal in the 85th minute or later to make the score 3-2 in their favour. This includes their most recent win over Feyenoord, which we highlighted in our Matches That Really Mattered column.

The two sides will not be meeting in the league again this season, but they are going to face each other in the KNVB Cup final, so there are two trophies at stake in this battle. Ajax’s elimination from the Champions League might be a blessing in disguise, as PSV have a tricky Europa Conference League quarter-final tie against Leicester City in the midst of their title run-in.

Since the Swiss top flight’s rebranding to the Super League in 2003, only three sides have lifted the trophy — FC Basel, Young Boys and FC Zürich. Basel have done so 11 times, including in a seven-season streak between 2010 and 2017. Young Boys won it for the first time in 2018, and they have gone back-to-back ever since.

Zürich’s last triumph was in 2009, but they look set to break Basel and Young Boys’ duopoly this season as they have a 12-point lead with nine matches to go. Since the Swiss Super League only has ten teams, all the teams play one another four times a season, so the final round will begin after the international break.

As is the case in Turkey with Trabzonspor, Zürich’s underlying numbers do not look overly impressive, as they are outperforming their xG tally in attack by 12.4.

Both Basel and Young Boys have changed managers mid-season, and with the former you can understand that looking at their relatively underwhelming overall performances. But David Wagner must have felt a little hard done by Young Boys’ decision to part ways with him given how his side was comfortably the best in the league both in terms of attacking and defending based on their xG, so it should only have been a matter of time before that started translating into results.

The job certainly is not yet done for Zürich, but it would take something reasonably disastrous for them to slip up from here.