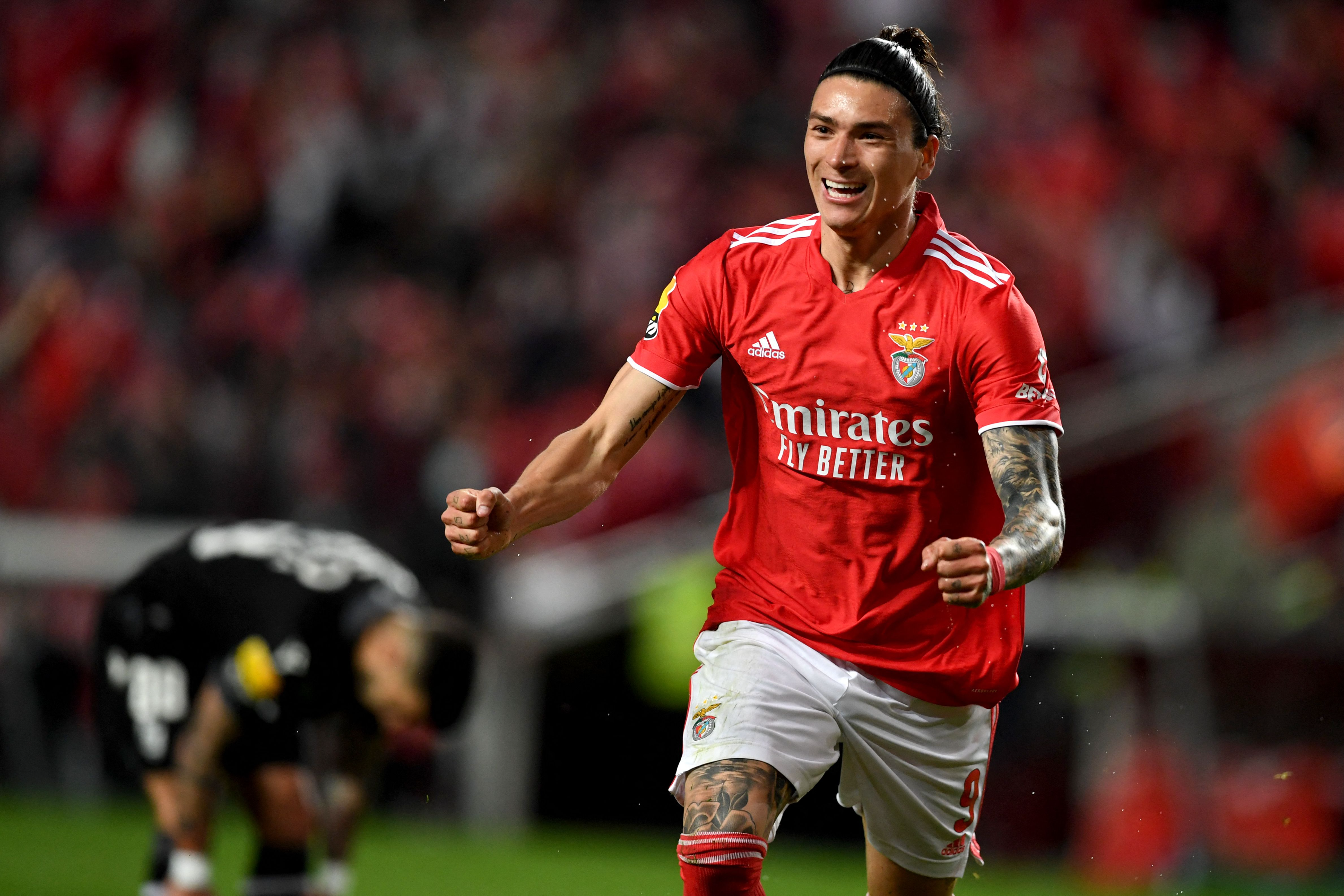 Manchester United are one of the clubs interested in signing Benfica striker Darwin Nunez this summer.

The Red Devils are targeting a striker, with Cristiano Ronaldo’s future looking uncertain and Edinson Cavani will be out of contract this summer.

United want a young and talented centre-forward for the future and have identified Nunez as a top target.

The Uruguayan striker has enjoyed a prolific 2021/22 season, netting 20 goals and two assists in the Portuguese top-flight.

However, he grabbed wider attention with his impressive form in the Champions League, scoring against top clubs like Barcelona, Bayern Munich and Ajax.

Nunez has now fallen on the radar of European heavyweights, and Benfica could struggle to keep him beyond this summer. The Portuguese outfit would also demand around £60 million to part ways with the former Penarol star.

According to a report from the Telegraph, United’s pursuit has hit a stumbling block as the Uruguyan is only willing to move to Old Trafford only if Man Utd secure a place in the Champions League.

United’s chances to finish inside the top four of the Premier League look slim as they are sixth in the table.

The Red Devils are also said to be keeping tabs on Tottenham Hotspur striker Harry Kane and could plot a sensational transfer in the summer.

As far as Nunez’s suitors are concerned, fellow Premier League rivals Arsenal are keen on his signature, while La Liga giants Barcelona and Atletico Madrid could also go for him.