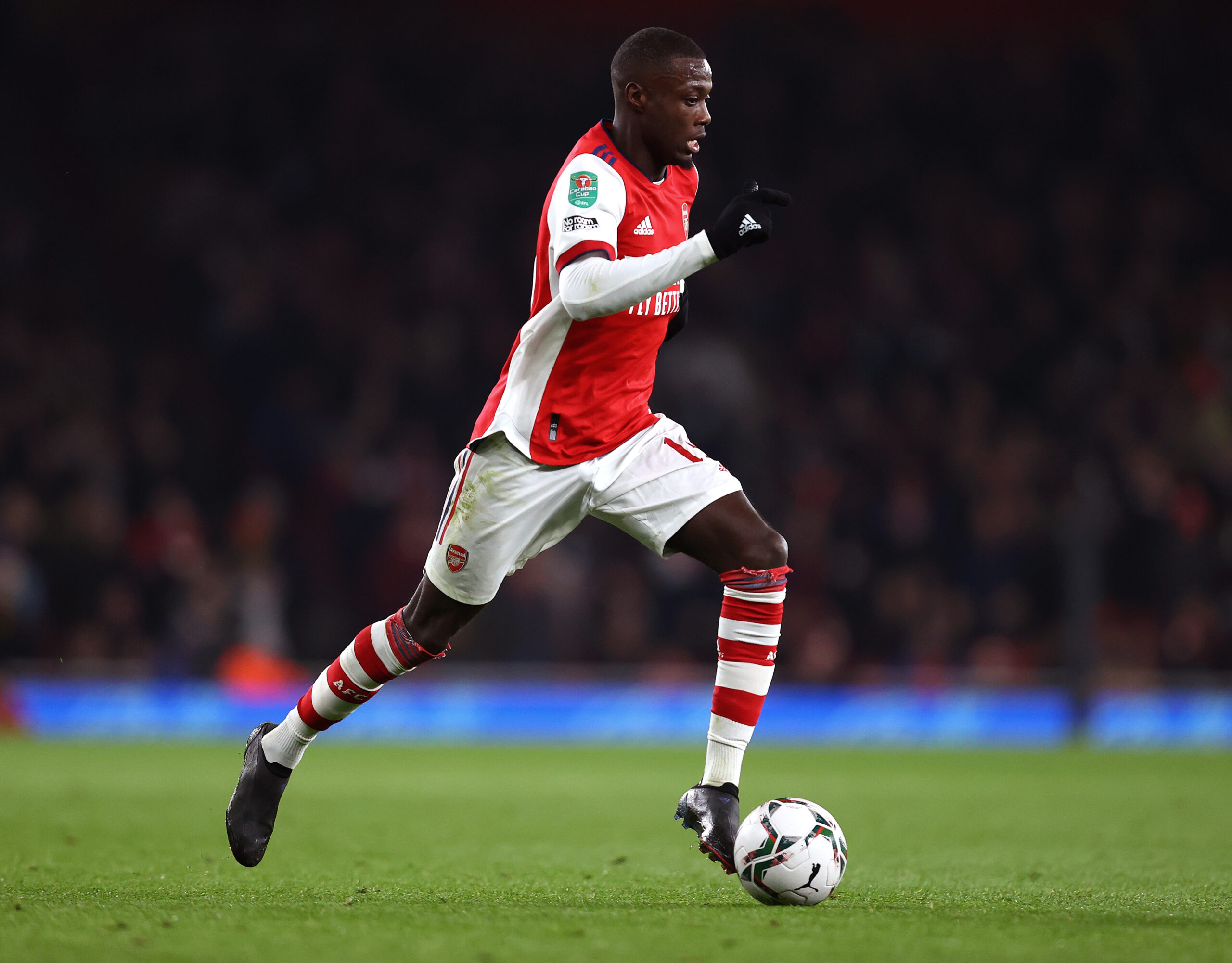 Arsenal winger Nicolas Pepe has hinted that his future lies away from the Emirates Stadium.

The 26-year-old moved to Arsenal three years ago for a club-record fee of £72 million but has often found himself on the fringes of the first team this term.

In the 2021/22 Premier League season, Pepe has made just five starts and 15 appearances which have yielded a goal and an assist.

The ex-Lille man is currently away on international duty where he opened the scoring in Ivory Coast’s clash against France at the Stade Velodrome on Friday, although the West Africans did go on to lose 2-1.

Speaking ahead of his country’s game against England on Tuesday, Pepe said:

“I am focused on how well we [Arsenal] do until the end of the season and the club’s target, which is getting into the Champions League. Then we will see what happens.

“Mikel Arteta has explained that to me and the coach knows what I think and how hard I am working.

“It is also about communication. Sometimes it’s not easy to communicate with the language barrier. It has been a tough season for me.

“Of course, it is frustrating not to play. No player enjoys not playing but I have to respect the coach’s decision and the team is doing well at the moment.”

With Arsenal set for a return to the Champions League, the Gunners could look to offload Pepe and put an end to what has been an unsuccesful spell in North London.