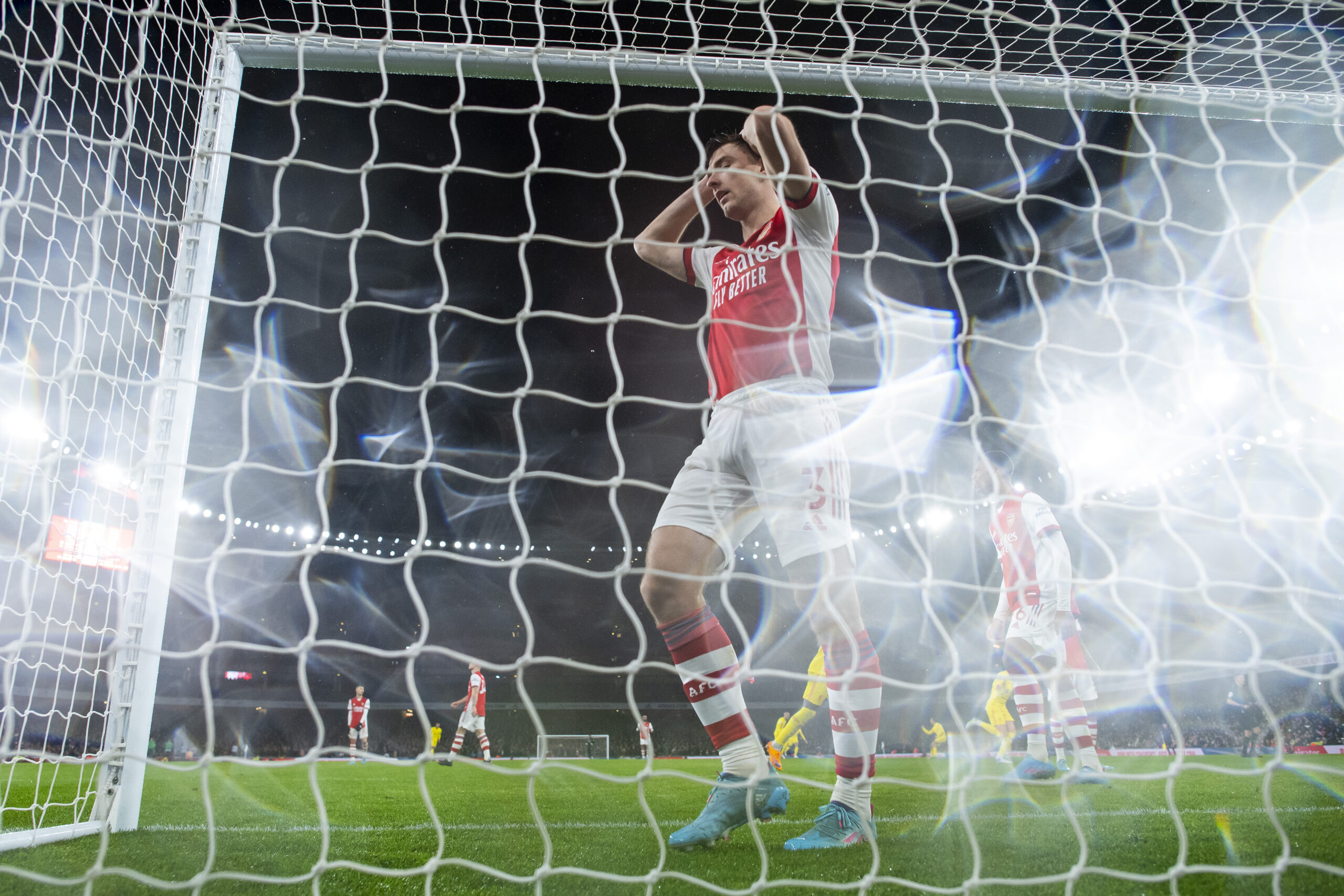 Real Madrid are set to step up their interest in Arsenal defender Kieran Tierney by making a £50 million bid to secure his services.

Madrid manager Carlo Ancelotti tried to sign Tierney for Napoli from Celtic in 2019 but was outbid by the Premier League club.

Glowing reports from his scouting team have rekindled Ancelotti’s interest, and a summer switch to Spain could be on the cards.

Arsenal would be reluctant to sell one of their top players but are unlikely to stand in his way if Madrid make a £50m bid.

Barcelona are also reportedly interested in Tierney, but their financial situation is likely to rule them out of the running.

Doubling their money on Tierney would represent good business for Arsenal, particularly in light of the player’s injury struggles.

Nuno Tavares showed potential when he covered for Tierney, although he must improve if he wants to become a first-team regular,

Arsenal would probably use some of the money generated from the sale to replace Tierney and channel the rest of the cash into other areas of their squad.

The Gunners desperately need to strengthen their forward ranks this summer, having failed to replace Pierre Emerick Aubameyang in January.

With Alexandre Lacazette and Eddie Nketiah out of contract at the end of the season, Arsenal will be in the market for at least one new forward.

They have been linked with an ambitious summer move for Manchester United star Marcus Rashford, while Benfica’s Darwin Nunez is also on their radar.

While losing Tierney would not be ideal, the rumoured transfer fee could help Arsenal make significant signings ahead of next season.

Qualifying for the Champions League would make them a more attractive proposition for potential new signings and boost Arsenal’s hopes of re-establishing themselves as a top-four regular.