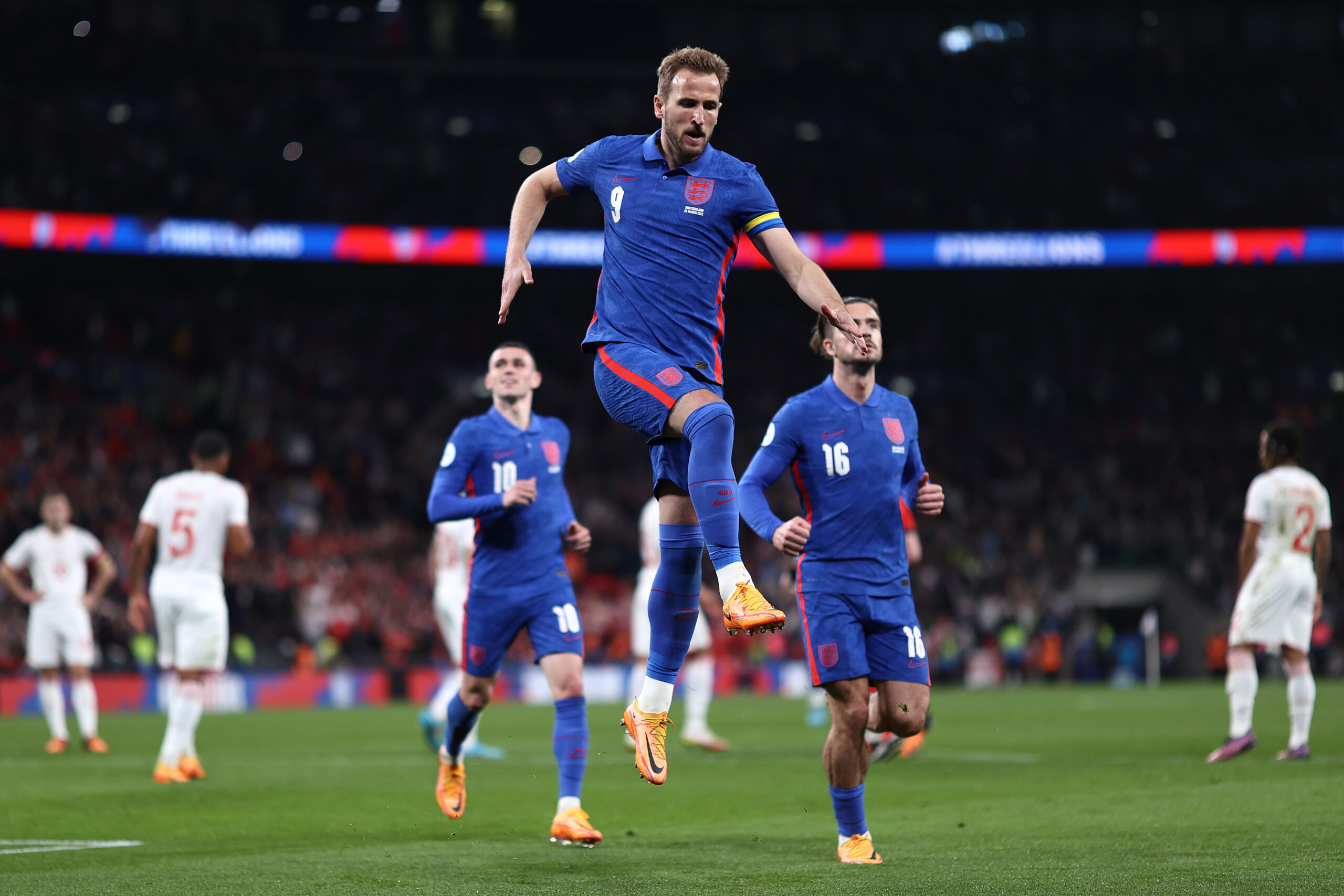 England emerged victorious from their first match of 2022, defeating Switzerland in a friendly at Wembley Stadium.

The Three Lions began the game on the back foot and fell behind in the 22nd minute. Xherdan Shaqiri’s cross found Breel Embolo, who directed his header into the far corner.

And the visitors came close to extending their lead on several occasions. Fabian Frei had a strike from a corner excellently turned onto the crossbar, Shaqiri hit the post directly from a corner, and Ricardo Rodriguez was denied from distance by another good stop from Jordan Pickford.

Against the run of play, England managed to get an equaliser in first-half injury time. Conor Gallagher’s lay-off found its way to Luke Shaw, who unleashed a cracking strike into the top corner for his first goal since the Euro 2020 final.

Gareth Southgate’s men came out in the second half much improved, although they struggled to create clear cut chances.

Marc Guehi headed wide from a corner, and Harry Kane could only plant his header directly at goalkeeper Jonas Omlin.

It was those same two players who would combine for the winning goal. Guehi’s header was blocked by the arm of Steven Zuber, and the referee pointed to the spot after a VAR check.

Kane stepped up and dispatched his penalty, taking him onto 49 goals on the international stage – just four short of Wayne Rooney’s record for England.

The victory makes it 21 games undefeated in regulation play for the Euro 2020 finalists. As for Switzerland, it was only their second defeat in the last 16 months.

Here are four talking points from the game.

Southgate opted to choose a much-changed line-up from his trusted side. From the XI that started in the European Championship final, only four were in the starting line-up on Saturday.

It was an opportunity to see some of the fringe players in action, and some of them made a real impression. Marc Guehi was solid at the back and also showed some threat from set-pieces.

Meanwhile, teammate Tyrick Mitchell came on and had an impact. He didn’t let anything past him at the back and was unlucky not to have an assist for Kane in the second half.

Kyle Walker-Peters also made his international debut and gave a good account of himself. The Southampton man managed to win the ball in the opposing half in the build-up to Shaw’s equaliser.

But the standout player for the home side was Conor Gallagher. Making his second appearance for England, the Chelsea loanee put in a fine display. He was hard-working, energetic, good on the ball, and grabbed himself an assist.

Should he continue to impress on the international stage, Gallagher should give himself a real chance of featuring at the World Cup in November.

Ben White was a surprise inclusion in Southgate’s Euro 2020 squad and has had a promising debut season at Arsenal. With Harry Maguire horribly out of form, many have called for the 24-year-old to come into the starting XI.

Well, he got his opportunity on Saturday, but he struggled. He allowed Embolo to get away from him and was beaten to the header, leading to Switzerland’s opener.

It was hardly the worst error in the history of football – it was still a great cross by Shaqiri and excellent movement and finishing from Embolo. A lot of credit has to go to the attacking players.

However, White is joining a backline that was near-perfect during the summer, conceding just two goals in seven games.

He needs to make the absolute most of these opportunities when given them, or else he will struggle to break into the starting line-up.

We’ve spoken a lot about England so far, but a lot of credit has to go to Switzerland. Murat Yakin’s men made things very difficult for the hosts and could have won the game with more luck.

As mentioned earlier, the Nati have been on a fine run of form lately. Before their match at Wembley, they had lost just once from their previous 19 outings in a run stretching back to November 2020.

In that time, they have eliminated France from Euro 2020, taken Spain to penalties, and helped prevent Italy from qualifying for the World Cup.

They won’t be among the favourites for the trophy, but they could be dark horses in Qatar.

Having had a disappointing season at club level, Luke Shaw showed glimpses of his best stuff in an England shirt. He had a fantastic tournament last summer and scored a cracking goal on Saturday.

After the game, the left-back gave us some insight into what could be causing this contrast. Speaking to Sky Sports, Shaw said: “It’s always important to feel like you’re wanted and I think especially here with England, I always feel that.

“I’m not saying I don’t at Manchester United, but here [with England], the way things are, I feel wanted and enjoy my football.”

Unsurprisingly, Man Utd fans haven’t taken too kindly to these comments. There does seem to be a hint of disrespect in this admission from Shaw.

However, he’s not the only Utd player to make similar comments. Paul Pogba also recently expressed his frustration at Old Trafford.

Shaw and Pogba are two players who tend to play much better for the national team than for the Red Devils. Harry Maguire and Fred are also in this category.

Is it at all possible that the environment at Man Utd isn’t suitable for getting the very best out of certain players?