Lionel Messi silences his critics with a scintillating display against Venezuela 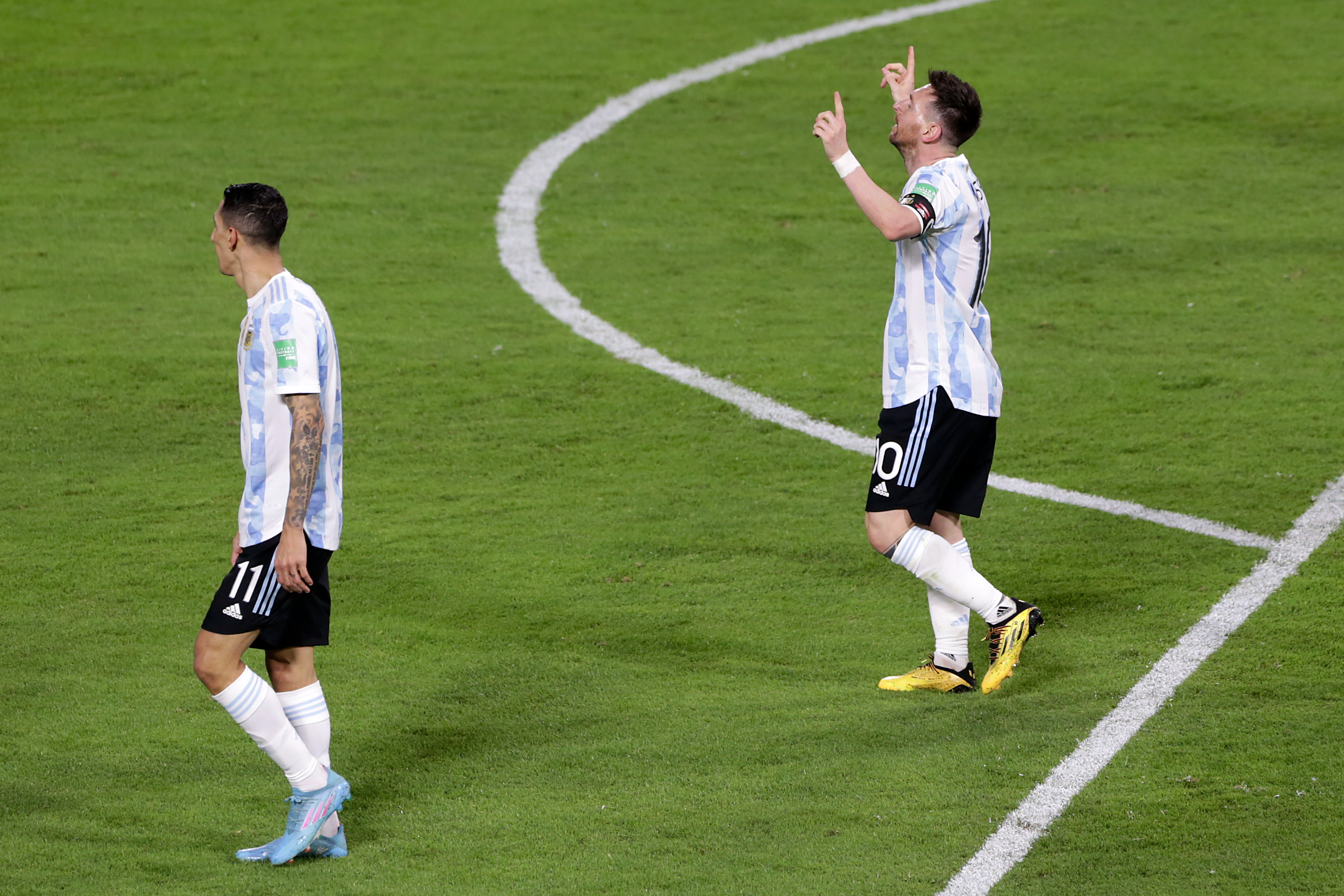 Lionel Messi might be going through one of the most difficult spells of his career at Paris Saint-Germain after failing to replicate the phenomenal form he enjoyed at Barcelona.

Although seven goals and ten assists are not a bad return, it’s not the typical Messi we are witnessing now who has consistently enjoyed 20+ goal seasons over the years.

Furthermore, the Argentine talisman is being often targeted by the French media and critics, who are making a meal out of his struggles at Parc des Princes.

Many would have thought that Messi had hit rock bottom following PSG’s Champions League failure against Real Madrid, which further saw him receive a hostile reception from Les Parisiens’ fans.

The 34-year-old has reminded everyone why he has won the Ballon d’Or record seven times with a phenomenal display for Argentina against Venezuela in World Cup Qualifiers.

He put the club woes behind and produced a masterclass to inspire La Albiceleste to a 3-0 win.

Taking down the defenders at ease, being at the heart of every attacking move, it was a vintage display from the former Blaugrana star the fans have been longing to see.

The performance could also be a reminder to PSG coach Mauricio Pochettino on how to get the best out of Messi.

The Argentine skipper feels right at home whenever he is with the national team, and the current international break is a much-needed one for him to gain more confidence.

Having already led Argentina to the Copa America glory, Messi has now set his sights on World Cup at Qatar.