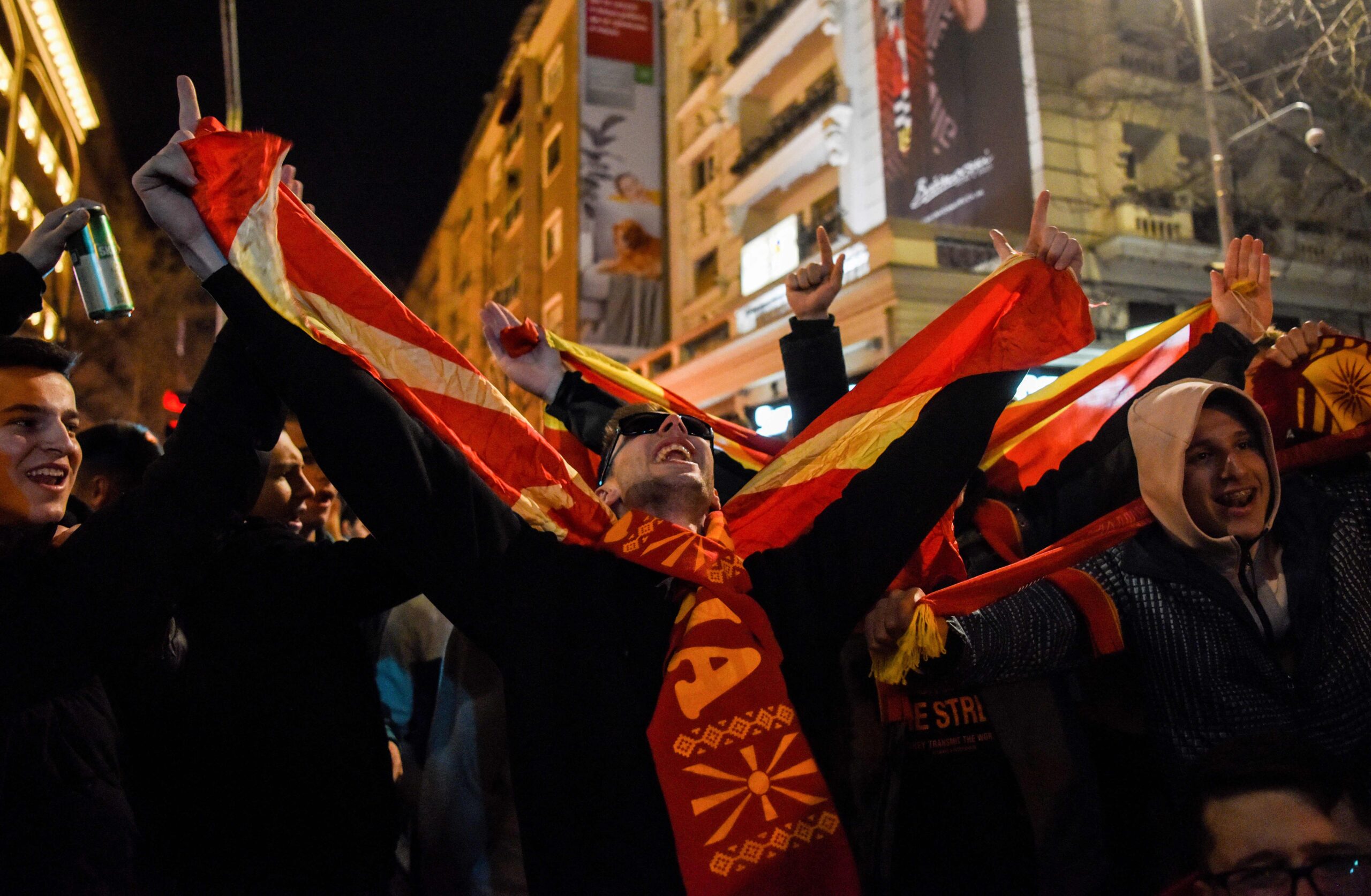 North Macedonia stunned Italy on Thursday to move one game away from securing a place in the 2022 World Cup in Qatar.

Aleksandar Trajkovski struck in added time to send Italy crashing out on a night of high drama in Palermo.

Italy dominated the game but could not find a breakthrough and were made to pay when Trajkovski fired in a low shot from outside the box.

Manager Roberto Mancini refused to commit his future to Italy after the game and admitted the defeat was the lowest moment of his career.

“We will see – now I feel too disappointed to speak about my future, we will see,” Mancini told Rai Sport.

“I’m sure this team has a great future. I’m supporting these players now more than ever.

”Just as the Euros was the most wonderful experience of my life, this was the biggest disappointment.

“We can say nothing, that is football, sometimes incredible things happen and it happened.”

Otavio, Diogo Jota and Matheus Nunes got the goals as Portugal secured a 3-1 victory over Turkey. They face North Macedonia in the Path C final next Tuesday.

Wales progressed from their Path A semi-final against Austria, with Gareth Bale scoring twice to set up a decider against Scotland or Ukraine (date TBC).

They now face Poland, who received a bye, in the Path B final of the World Cup Qualifers on Tuesday.

The finals in Qatar will be the first World Cup tournament not held in May, June or July.

It is scheduled for a reduced time frame between November 21 and December 18. The draw will take place on Friday, April 1.