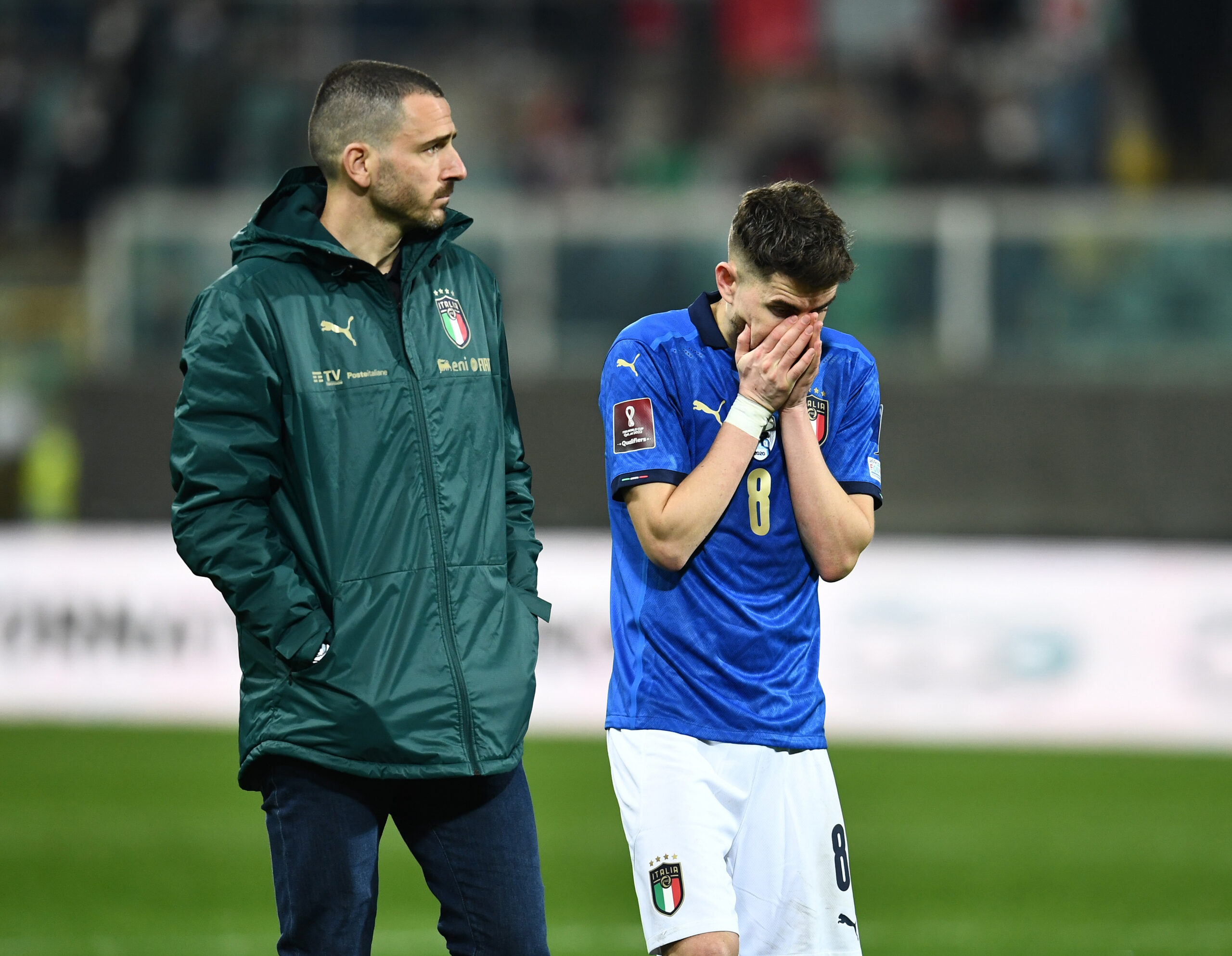 Italy have failed to qualify for the World Cup for the second time running.

The Azzurri faced North Macedonia in their qualifying play-off semi-final, with the winner set to play Portugal or Turkey in the final.

Roberto Mancini’s men were the heavy favourites to progress to the final, having lifted the Euro 2020 trophy just months before. In contrast, North Macedonia were one of just two sides who didn’t get a single point at the tournament.

However, while Italy dominated most of the game, they were unable to break down a resolute visiting defence. Ciro Immobile fired over when well placed in the first half, and Domenico Berardi squandered his fair share of opportunities.

Then the killer blow came in injury time. With just their fourth shot of the match, Aleksandar Trajkovski struck a sensational winner into the far corner from 25 yards.

The Lynxes will have the chance to qualify for their first ever World Cup as an independent nation on Tuesday. They will face Portugal in the final, who defeated Turkey 3-1 thanks to goals by Otavio, Diogo Jota, and Matheus Nunes.

As for Italy, they were left to rue their missed opportunities. They had 32 shots and 16 corners, but were incapable of turning this into goals.

The European champions have now missed out on the World Cup for the second consecutive tournament, having also been absent in 2018. This is the fourth time in history that a team has won the European Championships, while missing both World Cups either side of it.

Even more incredibly, Italy will go at least 20 years without featuring in a World Cup knockout fixture. After winning the tournament in 2006, they had back-to-back group stage exits in 2010 and 2014, before two successive failures to qualify.

Things could have been so different for Italy had they been more clinical in their qualifying group. Jorginho especially was guilty of wasting big chances, missing penalties in both of their draws against Switzerland. Had they won either of these games, they would have finished top of their group.

The Chelsea midfielder was disappointed in himself following their exit. Speaking after the match, as quoted by Sky Sports, he said: “It hurts when I think about it, because I do still think about it and it will haunt me for the rest of my life.

“Stepping up there twice and not being able to help your team and your country is something that I will carry with me forever, and it weighs on me. People say we need to lift our heads and carry on, but it’s tough.”

There will be relief for Portugal, who will see North Macedonia as a far more favourable opponent in the final. However, they cannot afford to underestimate their opponents, who also beat Germany away from home in their qualifying group.

There was some joy for England fans, many of whom are still scarred by the image of Leonardo Bonucci shouting “it’s coming to Rome” down the camera lens following their penalty shootout victory at Wembley. They will take some comfort from this result.

But it’s not just the English that will be excited by Italy’s anguish. The Azzurri would likely have been one of the favourites to lift the trophy in Qatar. Their inability to qualify will be welcomed by the likes of France, Germany, Argentina etc.