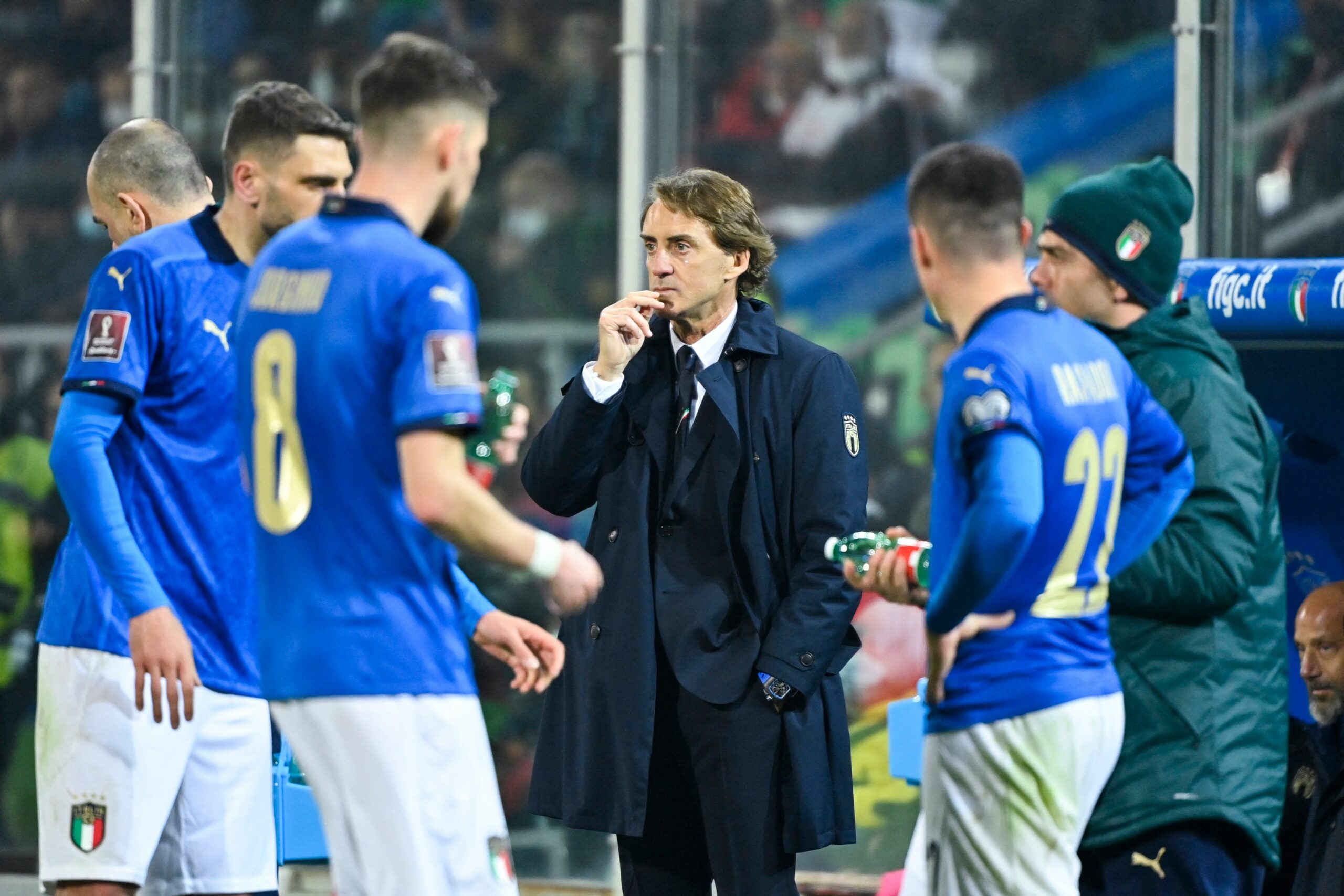 Italy’s dreams of the World Cup 2022 at Qatar have been shattered following their shock 1-0 defeat to minnows North Macedonia in the final-round play-offs.

The defending European Champions have been left disappointed as they have failed to qualify for the World Cup for the second consecutive time.

Italy were forced to take the play-off route after a disappointing group stage where they finished runners-up.

While everybody expected Azzurri to sail through the semi-final, North Macedonia did the unthinkable.

Roberto Mancini’s men were the superior side in terms of stats – dominating a fair share of possession while registering around 30 shots.

However, they were of no avail as the visitors were up to the task and produced a defensive masterclass.

They also got their winning goal in the injury time through Aleksandar Trajosvki, which put Italy to the sword.

Gravina told Football Italia: “I am truly sad for our fans. The great joy we had over the summer remains, but also the great bitterness for this defeat. We didn’t expect it.

“These lads gave our country a wonderful dream just a few months ago. We mustn’t rest on our laurels, though, and this evening again shows us that there is something we need to work on in our football movement.

“We need to understand what needs doing, for example resolving the problem of our younger players not getting playing time.”

When asked whether the Italian Federation would stick with Mancini, Gravina replied that the former Manchester City boss is committed to the project.

Gravina added: “I hope Mancini continues with us. He has a commitment with us for this project, I hope he can shake off this elimination just like all the Italians and that he remains at the helm to continue our work together.”

Meanwhile, in the other play-offs, Portugal defeated Turkey 3-1, and they will face North Macedonia in the finals.