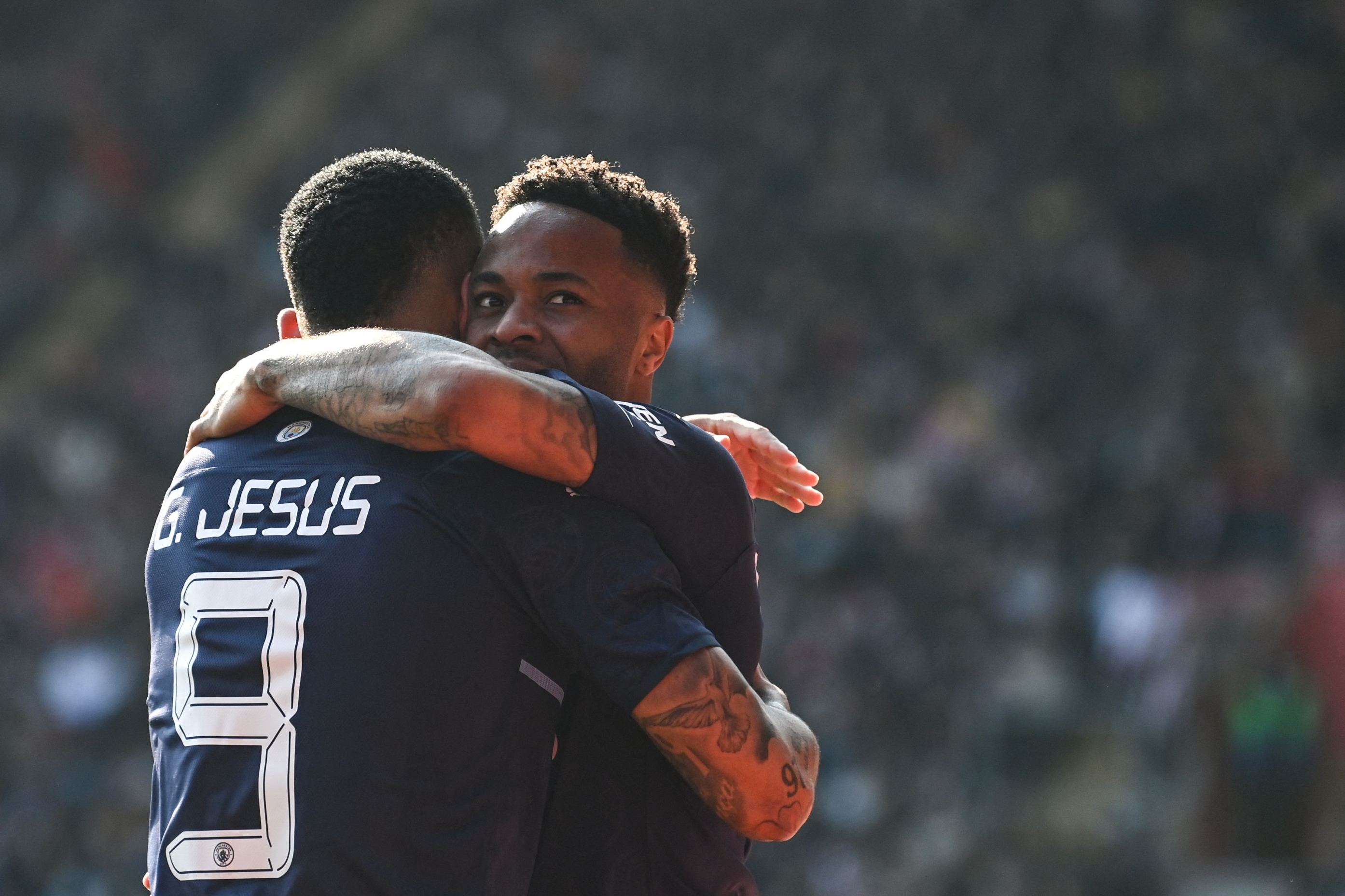 Manchester City striker Gabriel Jesus is facing an uncertain future at Etihad after slowly becoming a fringe figure this season.

Furthermore, Erling Haaland’s transfer speculations are doing no good either, and the Brazilian striker could leave this summer.

According to Tutto Juve, Serie A giants Juventus are monitoring Jesus’ situation ahead of a potential summer move.

The Old Lady are in the market for a new striker after deciding not to extend Paulo Dybala’s contract, which expires this summer.

Jesus made his switch to the Sky Blues in 2017 and has since made more than 200 appearances while playing a part in three Premier League title wins and a handful of other domestic titles.

Despite boasting impressive numbers, the 24-year-old has never convinced Pep Guardiola to become a regular for City.

Juve may have to fork out £30 million for the Brazilain striker, whose contract at Etihad expires in 2023.

Spanish giants Barcelona have revived their interest in Raheem Sterling after a failed attempt in January, reports 90 min.

The Catalan giants were keen on the English forward in the January window, but they ended up signing Ferran Torres.

Now, they are back in the hunt for Sterling, whose contract also expires at the end of the next season.

The 27-year-old seemed to be heading towards exit doors in January after becoming dissatisfied with the lack of playing time.

However, he has come into his own in recent months after producing some impressive displays, and he has also taken his tally to 14 goals and five assists in all competition this season.

Sterling might reconsider his idea of staying put at Etihad after starting to feel more important again.