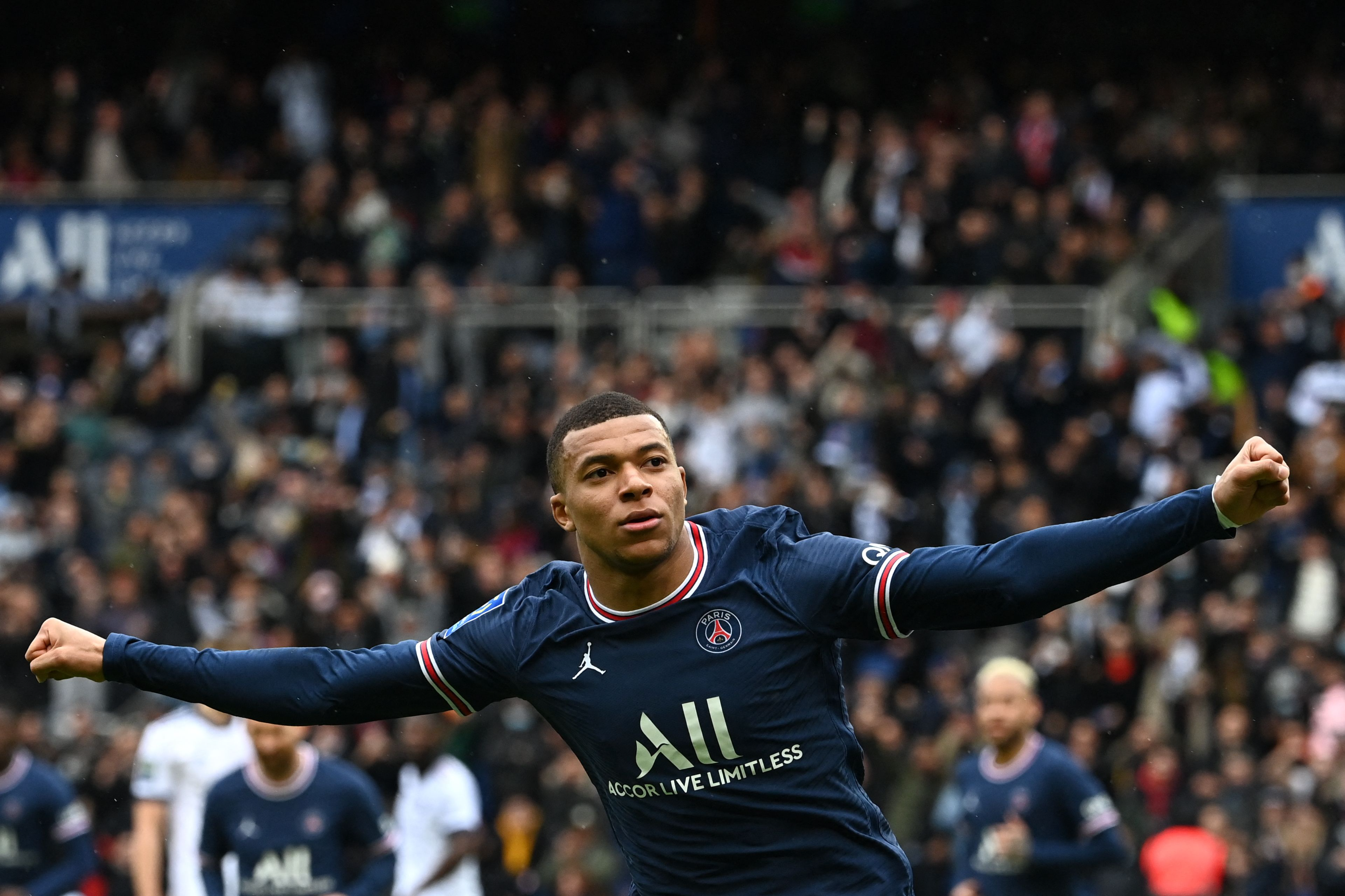 Barcelona have joined the race with arch-rivals Real Madrid for the signing of Paris Saint-Germain superstar Kylian Mbappe, reports L’Equipe.

Mbappe’s contract at Parc des Princes expires this summer, and he is unlikely to sign an extension following PSG’s Champions League fiasco against Madrid.

While Los Blancos appeared to be in pole position to sign the French World Cup winner, Barca are now planning to throw a spanner in their works.

The Catalan giants might have turned their attention towards Mbappe after learning that it would be difficult to land top target Erling Braut Haaland, with Manchester City and Real Madrid leading the race for the €75 million-rated Borussia Dortmund star.

Barca president Joan Laporta is confident that the club’s financial condition will be boosted by the loan deal from Goldman Sachs and Spotify’s shirt sponsorship and could persuade top players to come to Camp Nou.

The report also adds that Mbappe is open to everything, which comes as little worrying for Los Blancos.

Last summer, the Spanish Capital club offered around €180 million to lure Mbappe away from PSG, but their efforts went in vain.

The only thing that has kept Madrid confident in Mbappe’s pursuit is his desire to play for them, which he admitted after PSG refused to sell him last summer.

Elsewhere, Barca are continuing their search for a marquee forward following the departure of Lionel Messi. Haaland, Paulo Dybal and Robert Lewandowski are on their wishlist.

Mbappe would undoubtedly be a top signing for the Blaugrana as he could turn them into world-beaters.