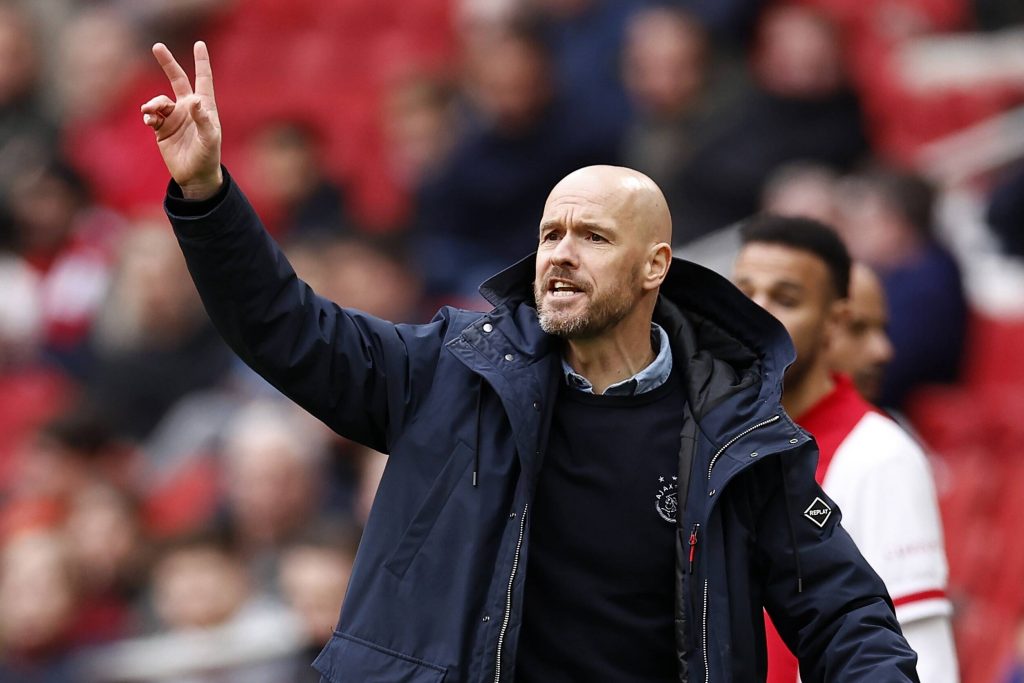 Manchester United have been warned they face competition from two top European clubs for the services of Ajax manager Erik ten Hag.

United spoke to ten Hag earlier this week as they continue the process to appoint the club’s next permanent manager.

Ralf Rangnick was appointed on a temporary basis following Ole Gunnar Solskjaer’s sacking last November, but he will be moving into a consultancy role this summer.

Ten Hag is one of the front-runners for the United job, but Dutch football expert Marcel van der Kraan has warned the club to make a quick decision.

“Manchester United is only one of them. I don’t want to dampen the excitement in England, but maybe United have not done all the work yet.

“Yes, they’ve had positive talks with ten Hag, but so have two other major clubs in Europe. These are clubs who play Champions League football and who have chances to win titles in their own country.

“One of those clubs is very concrete for ten Hag, and I think that is on mainland Europe – not in England. I know for a fact that Ten Hag is very excited about that job too.”

The 52-year-old is currently on course to lead Ajax to their third successive Eredivisie title and is a popular choice amongst United fans to become the club’s new manager.

Mauricio Pochettino’s failure to guide Paris Saint-Germain to success in the Champions League has raised questions about his suitability for the role.

Madrid could be one of the rivals van der Kraan has alluded to, while PSG may be another option if Pochettino is axed this summer.

However, the project of rebuilding United may well appeal to ten Hag, and it would be no surprise to see him appointed at Old Trafford.