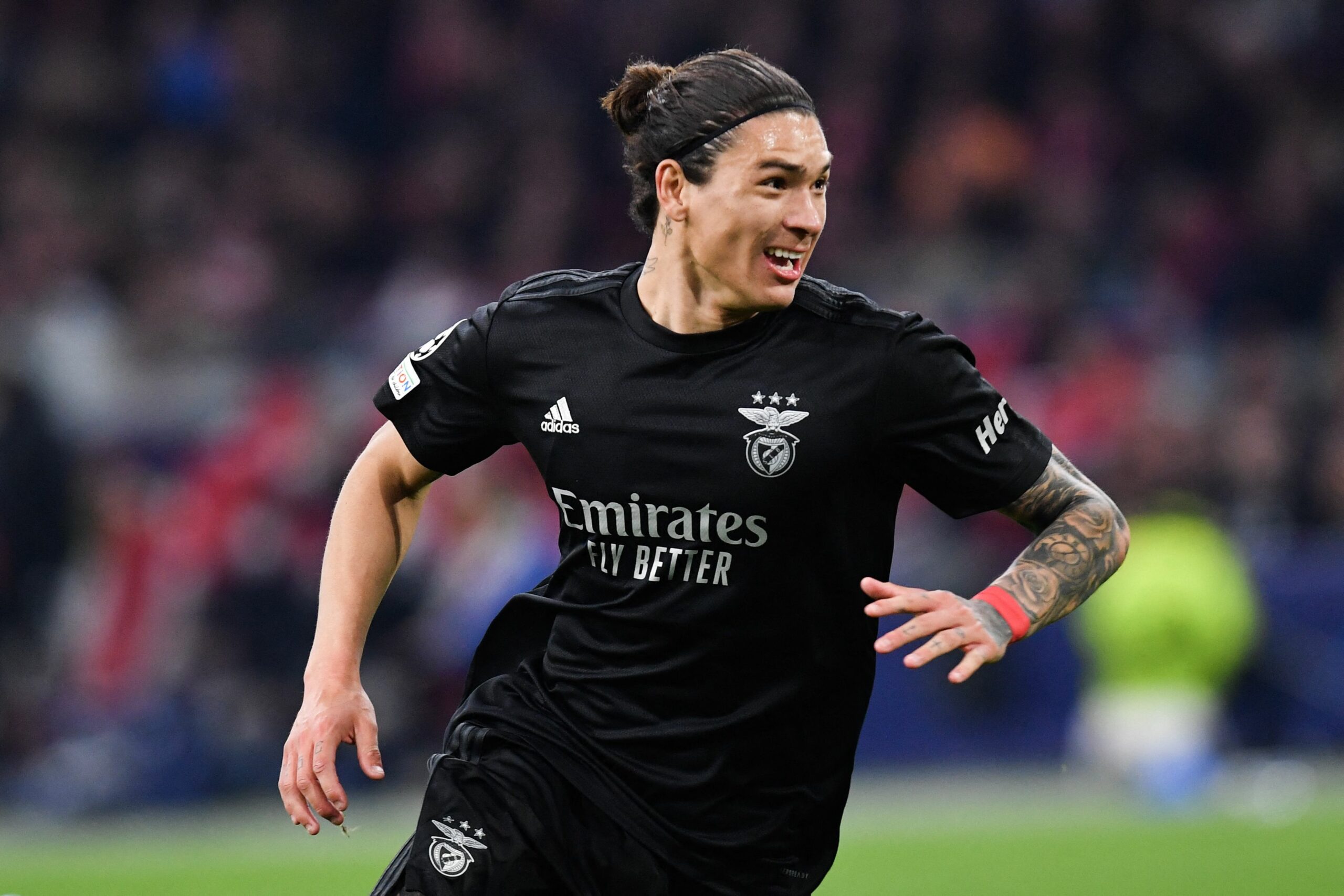 Arsenal are a few steps ahead of West Ham United and Newcastle United in the pursuit of Benfica striker Darwin Nunez, Portuguese outlet Record claims.

The Gunners are expected to pursue a genuine goalscorer this summer, and Nunez has been highlighted as a realistic target for the summer transfer window.

It is now reported that the north London club have started a charm offensive to convince the Uruguayan about joining them ahead of other interested teams.

Both West Ham and Newcastle were interested in landing Nunez in January. The former failed with a club-record £45 million offer before the transfer deadline.

The Gunners are now a few steps ahead of the duo as they could assure the striker with Champions League football via a top-four Premier League finish.

Still, he is unlikely to come on the cheap for them. Benfica are aware of the potential of Nunez and they could hold out for at least £67m for his signature.

Nunez joined Benfica from Almeria in the summer of 2020. He had a decent debut season with 14 goals and 12 assists from 44 appearances in all competitions.

Last summer, there was not much interest after his knee surgery, but he has excelled this term with 26 goals and two assists from just 33 outings for Benfica.

This has included goals against Barcelona, Bayern Munich and Ajax in the Champions League, which have undoubtedly taken his reputation to the next level.

At 22, he fits perfectly into the profile of players the Gunners are after. The club have focused on pursuing young players, who have earned glowing remarks.

The only concern for the Gunners could be the price tag despite saving funds from the release of Pierre-Emerick Aubameyang before the January deadline.

With Alexandre Lacazette and Eddie Nketiah also likely to leave at the expiry of their deals in June, the club could pursue at least two strikers this summer.

The Gunners are capable of making a considerable outlay on Nunez, but it may depend on whether Benfica are willing to negotiate a long-term plan for the payment.