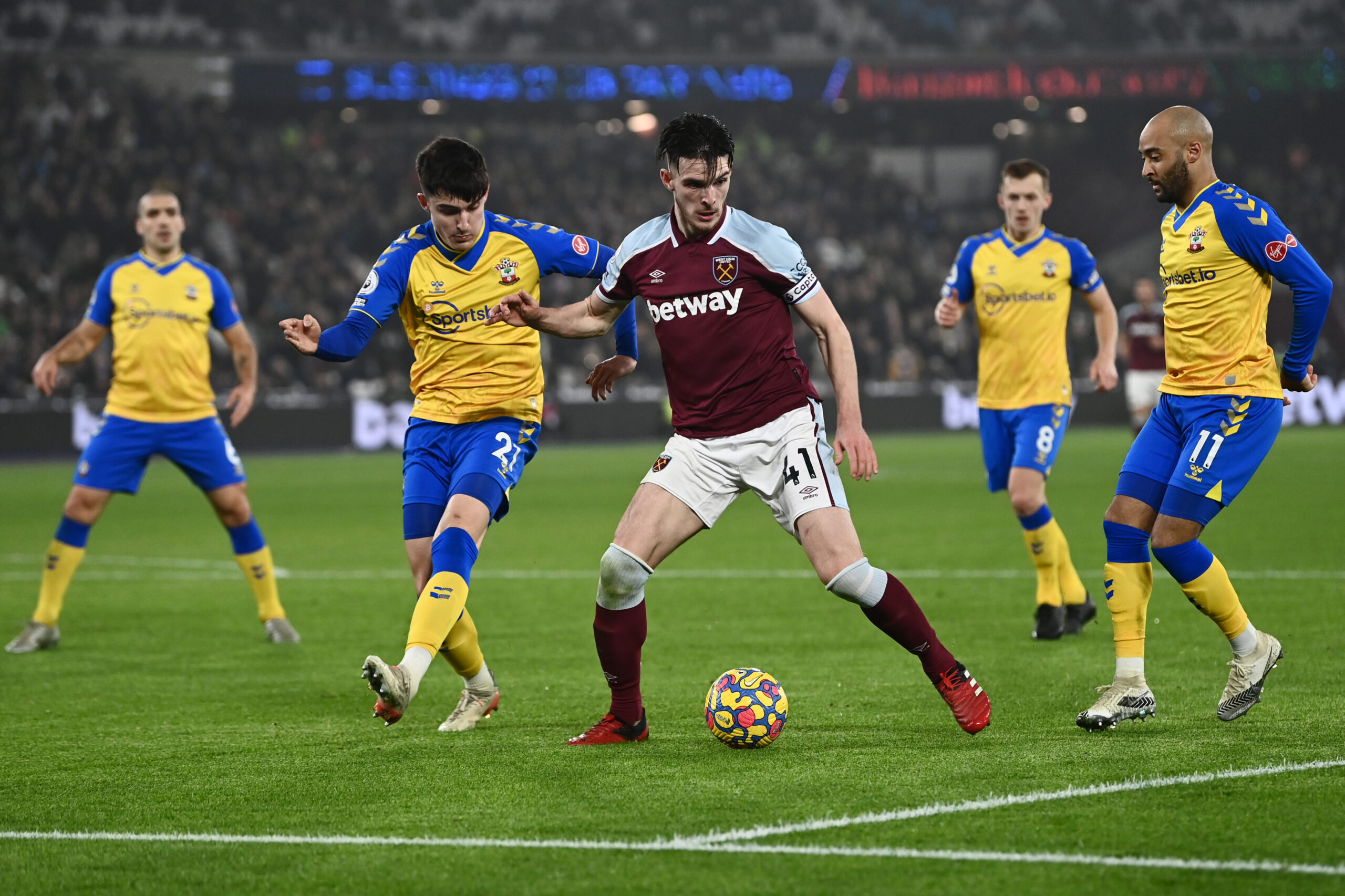 Declan Rice’s stock continues to soar due to his impressive consistency at West Ham United over the last two seasons.

The English midfielder has quickly established himself as one of the best players in the Premier League and a prominent fixture in the national team.

Rice has been instrumental behind the Hammers reaching the quarter-finals of the Europa League this season, with the 23-year-old putting in a solid display in the round of 16 against Sevilla.

For all Rice’s quick rise to fame, he has long been mooted to a move to a top club. The opportunity arose last summer, but Hammers manager David Moyes insisted that the English youngster would only leave for £100 million.

Chelsea and Manchester United turn out to be the potential suitors, but the former’s turmoil regarding the ownership has put them out of the race.

United are in the market for new midfielders, with Nemanja Matic and Paul Pogba likely to leave this summer.

West Ham have now changed their stance on Rice, and they are ready to part ways with him for a whopping £150 million, as per a report from the Daily Mail.

The Red Devils would have to break the British transfer record, which was set at £100 million by Manchester City for Jack Grealish’s signing last summer, for Rice’s transfer.

The expensive price tag could be a stumbling block for the Red Devils, but they will hope that Hammers would lower the value if there aren’t many bidders.