What to watch during the international break 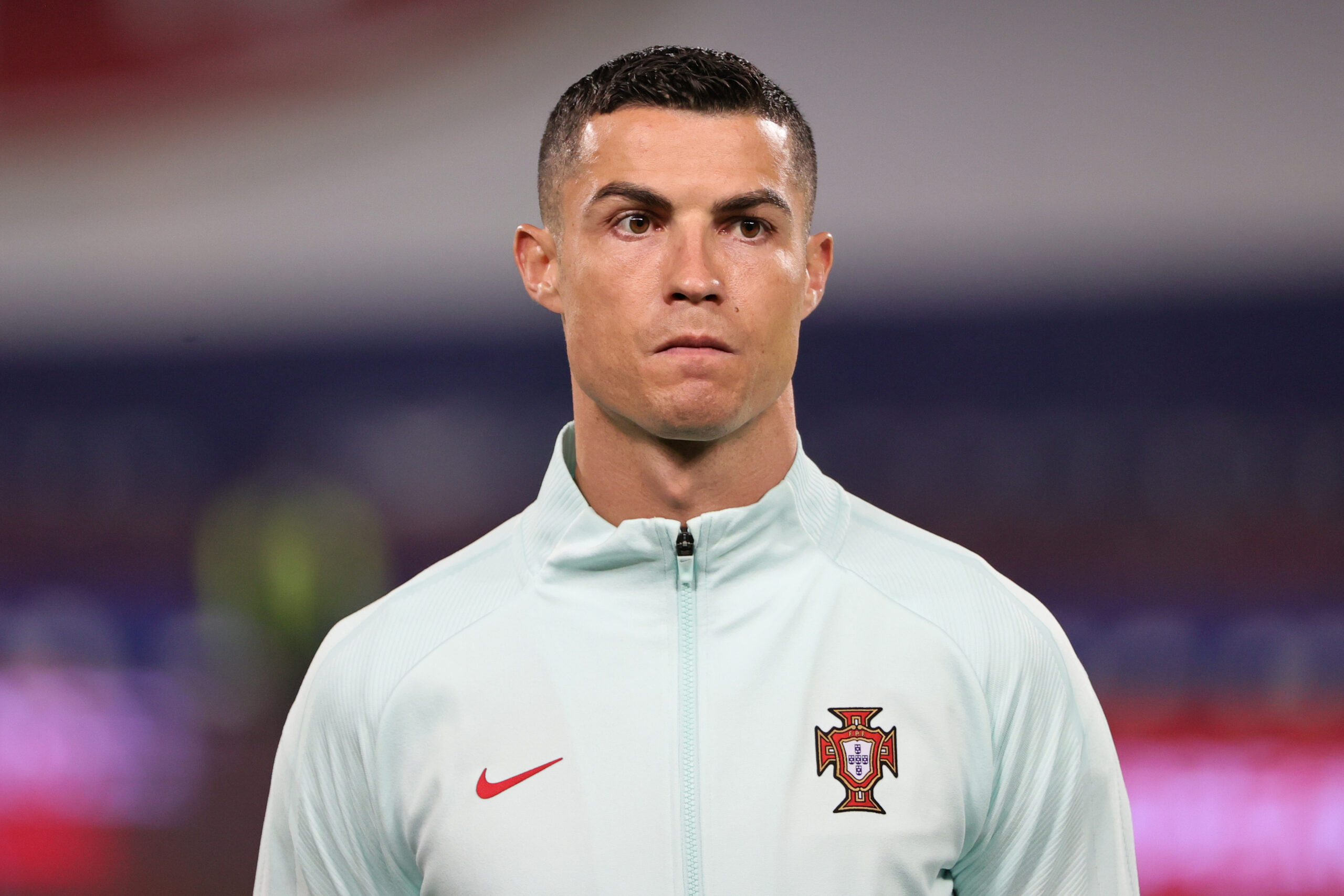 Now seems like a rather inconvenient time to have an international break. We’re in the latter stages of our cup competitions, and the title races are hotting up, only for international football to put that all on hold.

However, there is plenty of excitement to come over the next two weeks. By the end of this international break, we’ll know 29 of our 32 nations to be appearing at the World Cup in Qatar. 15 have already booked their tickets, with another 14 set to join them soon.

Here are the biggest games to look out for.

Ten European nations have already secured their place at the tournament in November. 11 countries will battle it out for their spot, with only three able to progress.

The 11 teams have been divided into three play-off paths. Each team will play a single-legged semi-final, and then a final should they progress. The three final winners will qualify for the World Cup.

Scotland were set to play Ukraine on Thursday in their semi-final. However, due to the Russian invasion of Ukraine, the match has been put on hold. It is now due to be played sometime in June.

The Tartan Army finished second in their group behind Denmark. Should they qualify, it will be their first World Cup in 24 years.

Ukraine have also been absent from the World Cup for a few years, last qualifying in 2006. However, they will take some confidence from their quarter-final finish at Euro 2020.

The winner of that tie will face either Wales or Austria for a place at the tournament. These two have also failed to qualify for the World Cup for a while.

Austria, like Scotland, last qualified in 1998. As for Wales, they lost their last World Cup game thanks to a goal by a 17-year-old Pele – yep, it’s been THAT long.

Welsh forward Gareth Bale has established himself as arguably the Dragons’ greatest ever player. This tournament will probably be his last chance to feature at a World Cup. He will not want to let this opportunity go to waste.

But Austria will certainly not be an easy opponent. They gave European champions Italy a scare last summer, taking them to extra time before being knocked out in the round of 16.

Poland were initially drawn against Russia in their semi-final match. However, with Russia now excluded from qualifying, Poland have been given a bye to the final. Czeslaw Michniewicz’s men will be up against either Sweden or Czech Republic.

The latter had a very respectable Euro 2020. They reached the quarter-finals, defeating Netherlands in the round of 16.

Sweden took seven points from the group stages, but were knocked out in the round of 16 by Ukraine. Should they reach the play-off final, they will fancy themselves, having beaten Poland during the summer in a thrilling encounter. They won 3-2, with Emil Forsberg and Robert Lewandowski both bagging braces.

The two biggest shocks of UEFA qualifying were seeing both Italy and Portugal fail to finish top of their groups. Both were denied on the final day, with Switzerland and Serbia progressing instead.

And at least one of them will have to watch the World Cup from home, as they were drawn into the same play-off path. Italy will face North Macedonia in their semi-final, while Portugal clash with Turkey.

The Azzurri have been very impressive in the European Championships in recent years, winning one, finishing runner-up in one, and reaching the quarter-finals in two from the last four. However, their record in World Cups is surprisingly poor, having not featured in a knockout game since winning the competition in 2006.

North Macedonia are the clear underdogs going into the game, but they will be hopeful of pulling off a shock. They qualified for their first tournament as an independent nation last summer, although they lost all three games.

Turkey were the only other side at Euro 2020 to fail to pick up a point. Should they qualify, it will be only their third World Cup appearance ever, having previously featured in 1954 and 2002. At the latter, they finished in third place.

As for Portugal, they have qualified for the last five World Cups, but progressed past the round of 16 just once in that time.

Much of the focus will be on Cristiano Ronaldo. The 37-year-old has had an astonishing career, but has never done much at the World Cup. The upcoming tournament is likely to be his last chance.

As expected, Brazil and Argentina have already made it through to the tournament. This month, two more South American sides will join them, and one will go into an inter-confederation play-off against a team from the Asian confederation.

Things are tight in the table, with six teams still competing for the final three spots. Ecuador are guaranteed a play-off place at the very least, while Bolivia can still mathematically sneak into fifth. Uruguay, Peru, Chile, and Colombia can all get an automatic spot, finish in the play-offs, or miss out entirely.

Ecuador know that one more win will guarantee their place in Qatar. They face an already-eliminated Paraguay first, before ending with a tough test against Argentina.

Uruguay currently occupy fourth place, putting them in the driving seat for an automatic place. However, they have two crucial matches coming up. They face Peru, who are just one point below them, and Chile who sit three point behind them in sixth.

Should Peru pick up a victory against Uruguay, you’d fancy them to take an automatic spot. In their final game, they welcome Paraguay to the Estadio Nacional.

Chile will have an immense task to climb up the table. As things stand, they will not be at the World Cup for the second time running. They need at least one win from their fixtures against Brazil and Uruguay to stand a chance of qualifying.

As for Colombia, things are looking very difficult for them. They are four points off the play-off spot, and five off the automatic places. However, favourable fixtures against Bolivia and Venezuela may give them some hope.

Three teams from North and Central America will book their place at the World Cup this month, while one will qualify for the inter-confederation play-off with a side from the Oceanian confederation. Jamaica and Honduras are the only teams out of the running.

Canada are looking incredibly likely to seal qualification for only their second ever World Cup. They need just two points from their remaining three games, in which they face Costa Rica, Jamaica, and Panama.

After seven consecutive qualifications, USA missed out on the World Cup in 2018. They will be looking to make that right this month. They sit in second, four points clear of the play-off spot and five ahead of fifth.

They’re in a promising position, but they aren’t guaranteed anything yet. They have a tough set of fixtures ahead, facing Mexico, Panama, and Costa Rica.

Mexico are level on points with USA, but sit behind them on goal difference. El Tri have exited the last eight World Cups in the round of 16, most recently being knocked out by Brazil.

They begin the international break with a difficult test against USA, but follow this up with matches against Honduras and El Salvador. Two wins from three will guarantee their qualification.

Panama currently occupy the play-off place, but this could all change. Costa Rica are just a point behind them going into the final game. Both sides have to face Canada and USA, while Panama will come up against Honduras, and Costa Rica will face El Salvador.

El Salvador still have the feintest of hopes of reaching the play-offs. However, they would need to win all three of their matches against Jamaica, Costa Rica, and Mexico, and even this may not be enough.

The 12 teams in the Asian confederation have been separated into two groups. The top two from each group qualify automatically, with the third-placed teams facing off in a play-off. The winner of that match goes into the inter-confederation play-off with a South American team.

Iran and South Korea have already sealed the two qualification places from Group A. Meanwhile, Syria’s exit has been confirmed. This leaves UAE, Lebanon, and Iraq fighting for third place.

UAE are currently three points clear of fourth-placed Lebanon, and four ahead of Iraq. However, they face the latter in their next game, and come up against South Korea in their final match. They could easily drop points.

Should UAE slip up, Lebanon are the next best placed team to capitalise. They will be hopeful of beating already-eliminated Syria, but will have to be at their best to get a result against Iran in the final match.

Meanwhile, Iraq will need at least four points from their last two games to stand a chance of qualifying. They have a home match against UAE first, before an away game against Syria.

In Group B, we already know who our top three will be. However, we don’t know which order they will go in yet. Oman, China, and Vietnam have all been knocked out.

Saudi Arabia need one win from their final two games to secure their place at the tournament. They face China first, before a potentially decisive match against Australia on the final day.

Japan currently occupy second place in their group, three points clear of third. A win against Australia in their next match will guarantee qualification. But should they slip up, they will need something against Vietnam in their final match.

As for Australia, they have two huge matches coming up. They are three points off the automatic spots, but know that wins in their final two will see them through.

The group stages in Africa finished back in November, and now it’s time for the play-offs to determine which five teams will go to the World Cup. Each of the remaining ten teams will play a two-legged tie, with the winners of each tie going to the tournament.

The most eye-catching of the ties is Egypt vs Senegal. The two met in the Africa Cup of Nations final back in February, with Senegal winning on penalties.

Cameroon and Algeria will face off for a place at the competition. The former reached the semi-finals of AFCON, while the latter massively underperformed, picking up just one point in the group stage.

Ghana and Nigeria also disappointed at AFCON, with neither side making it past the round of 16. They will both be hoping to make amends this month.

DR Congo are looking to qualify for the second World Cup in their history. They clash with Morocco, who put up a good fight against Portugal and Spain at the 2018 World Cup.

The final play-off comes between Mali and Tunisia. Mali have never qualified for a World Cup, while Tunisia have never made it out of the group stages in five attempts.