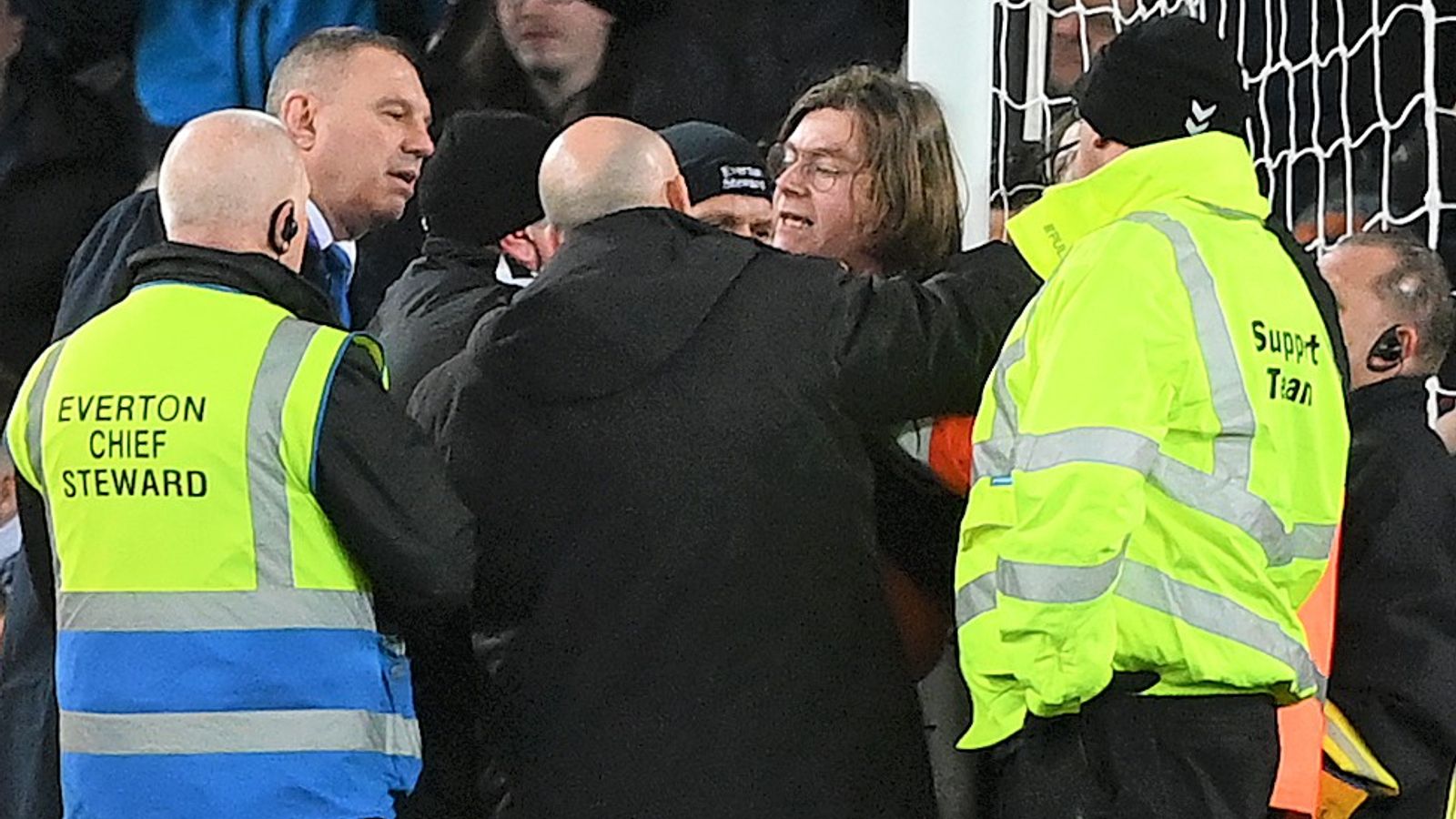 A man has been arrested after forcing the Premier League game between Everton and Newcastle United to be halted on Thursday.

Alex Iwobi’s late goal secured a vital victory for the Toffees, but the biggest talking point of the night came early in the second half.

A man tied himself to one of the posts by his neck, causing a stoppage in the game of around eight minutes.

There were unsavoury scenes as the protester was eventually led away, with Everton fans throwing objects at him.

Another man was apprehended after running onto the pitch in an attempt to attack the protester.

A group called Just Stop Oil, who are protesting the expansion of oil fields in the North Sea, claimed responsibility for the incident.

Merseyside Police released a statement after the protest.

“We can confirm a man was arrested after encroaching on to the pitch during the Everton v Newcastle United Premier League fixture,” it read.

“At around 8.55 pm, it was reported that a man disrupted the match by running onto the pitch and tying himself to the goal post at the Howard Kendall Gwladys Street End.

“The suspect, a 21-year-old man, has been arrested on suspicion of pitch encroachment and he is now in police custody. The game resumed and has now concluded.”

The same organisation conducted a similar protest at the Arsenal vs Liverpool game on Wednesday, where another man glued himself to a goalpost.

Newcastle boss Eddie Howe admitted he was shocked by the protest and suggested it affected his team’s momentum.

“I’ve never seen anything like that,” he said. “At first, I didn’t realise what was happening to start with. It was a big delay.

“I’m not using it as an excuse, but I don’t know if that affected us because certainly we weren’t the same team in the second half.”