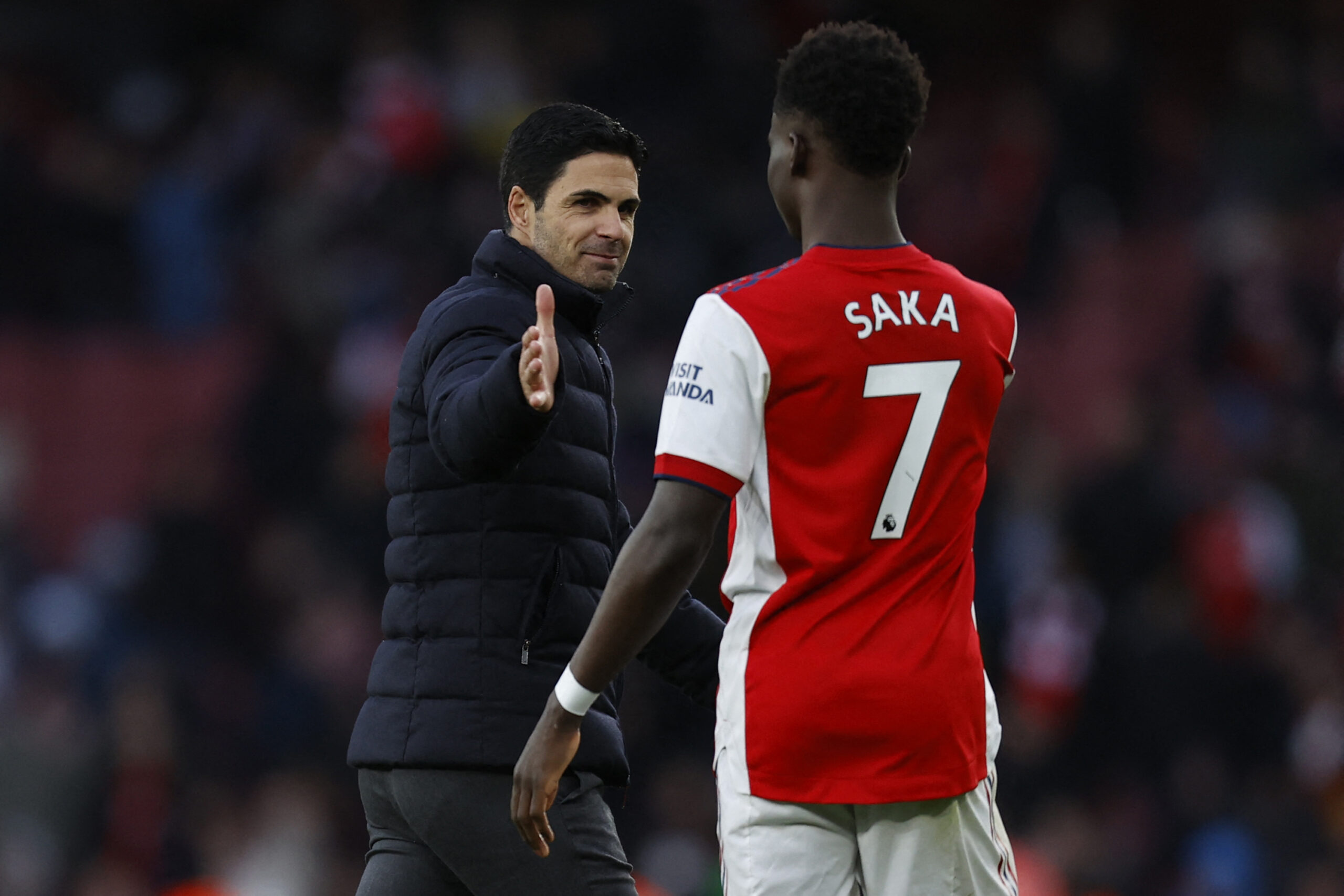 Arsenal manager Mikel Arteta has expressed his delight after four Gunners players were called up for England duty later this month.

The Gunners started the season on a poor note with three Premier League defeats, but have since made tremendous progress to sit fourth in the standings.

Saka has been the only mainstay in the Three Lions setup over the past year, but his teammates have now been rewarded for their displays.

Speaking ahead of the Aston Villa game, Arteta was delighted for the quartet and said that it is a good sign that the club’s players are being noticed.

He told Arsenal.com: “Very happy, I’m really happy, especially for the boys because they deserve to be there. They work so hard and I know how much it means for them to represent their country.”

“As a club I think we have to be very proud that our players are in the frontline and being noticed. It’s been a long time since that happened so I think it’s a good sign.”

Plenty of questions were raised over the price tags of White and Ramsdale last summer, but the duo have starred with multiple stand-out displays.

While White has formed a solid partnership alongside Gabriel Magalhaes in central defence, Ramsdale has been pivotal with key saves in goal.

Elsewhere, Smith Rowe and Saka have only got better with experience. The duo are among the best-performing Under-21 Premier League players.

Saka has 14 goal contributions this campaign while Smith has managed 12. Gabriel Martinelli is not far off with five goals and four assists this term.

The Brazilian has been in impressive form since becoming a regular in early December. He has recently been called up by Brazil for the first time.

The young attacking trio could all be in action on Saturday afternoon. The north London giants are scheduled to face Aston Villa away from home.

They will be keen to bounce back after the 2-0 loss to Liverpool in midweek. It won’t be an easy challenge as Villa have won three of the last four meetings.