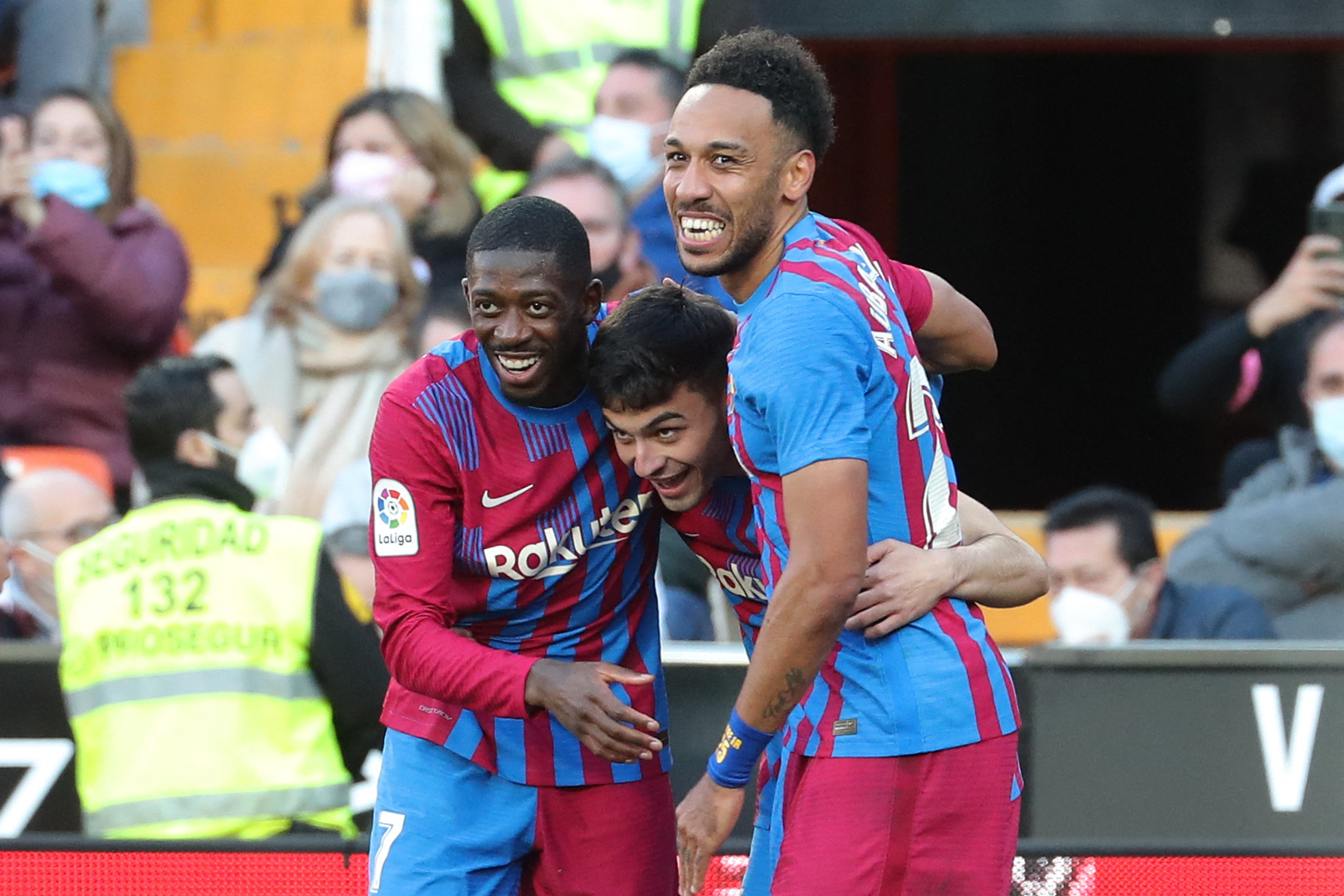 Barcelona secured progress into the quarter-final of the Europa League courtesy of a 2-1 victory against Galatasaray at the Nef Stadium.

Xavi Hernandez’s men played out a goalless draw in the first leg last Thursday and made the journey to Istanbul knowing that only a win would suffice.

After going behind to Marcao’s 28th-minute header, the Spanish giants upped the ante and hit back through goals in either half from Pedri and Pierre Emerick-Aubameyang.

Here are three key talking points from a memorable night for the Catalans.

Pedri was near-perfect in the middle of the park as he pulled the strings for his side throughout the 90 minutes. The 19-year-old was influential at both ends of the pitch, registering a game-high six shots and five tackles.

The midfielder also showed great composure to skip past the challenges of two defenders before coolly slotting the ball past Inaki Pena to restore parity in the 37th minute.

Another unproductive display for Adama Traore

Traore made a very bright start to his Barcelona career but has struggled to impact games of late.

The Spaniard was given the nod over Ousmane Dembele to feature at right-wing and failed to justify his manager’s faith in him.

The ex-Wolverhampton Wanderers man was unsurprisingly subbed off at half-time. Judging by his most recent performance, it would be no surprise to see him drop to the bench for Sunday’s El Clasico.

Dest missed his side’s final six games of 2021 before returning to action in mid-January against Athletic Bilbao.

The defender has since been a regular but could be set for yet another spell on the sidelines after he was forced off 10 minutes into the second half with what seemed a hamstring problem.

Ahead of the international break, Dest’s injury is also a massive blow to the United States national team with three huge FIFA World Cup qualifiers on the horizon.