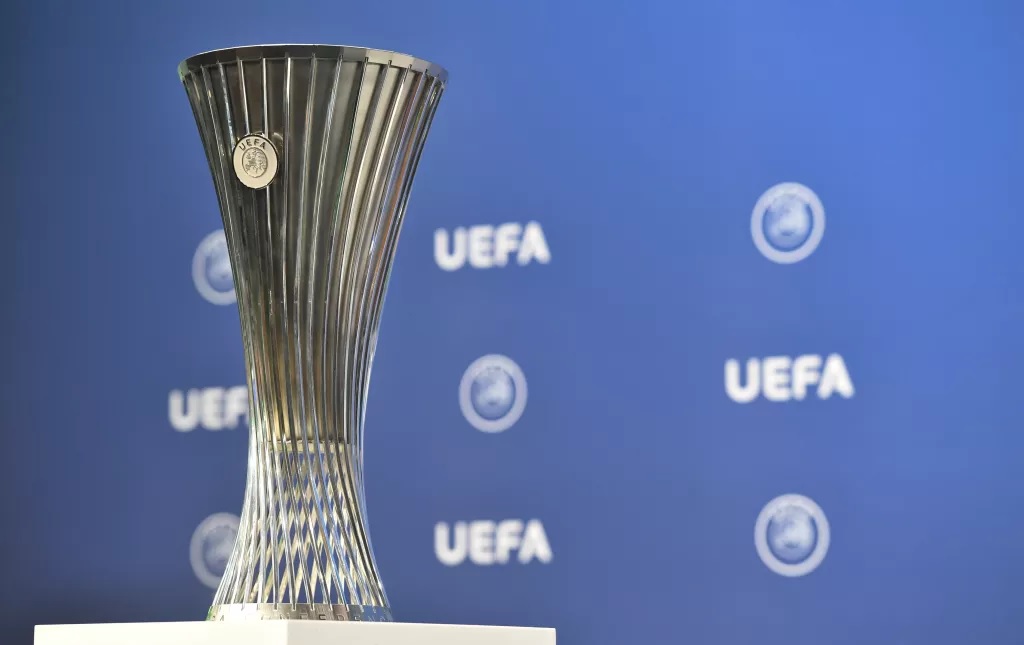 The draw for the quarter-finals of the Europa Conference League has been announced.

The debut year of the competition has already given us a number of cracking knockout ties. The round of 16 had an average of 7.5 goals per tie, with three of the eight ties reaching double figures.

PSV Eindhoven and FC Copenhagen played out a cracking pair of matches, with the former progressing 8-4 on aggregate. Fellow Eredivisie side Feyenoord also hit eight in their two matches, seeing off Partizan Belgrade 8-3.

But it wasn’t all good news in the Netherlands. AZ Alkmaar came close to reaching the next round, but were eliminated in extra-time by Bodo/Glimt thanks to Alfons Sampsted’s strike.

Roma were able to make it through to the next round with a late goal. Jose Mourinho’s men were level in the tie with Vitesse until Tammy Abraham’s 90th-minute finish.

LASK and Slavia Prague also gave us a close encounter. The Austrian club won the second leg 4-3, but this was not enough to overturn the 4-1 deficit from the reverse fixture.

Leicester City suffered a scare in their second leg against Rennes, but ultimately made it through despite the 2-1 away defeat. Marseille also had a bit of a wobble against FC Basel, but defeated the Swiss side with goals in the final 15 minutes by Cengiz Under and Valentin Rongier.

The final team in the quarter-finals is PAOK Salonika. They beat KAA Gent 3-1 on aggregate, winning both home and away against the Belgian team.

Now, every team knows their path to the final, with the draw for the remainder of the competition being carried out.

The headline tie of the quarter-finals comes between Leicester City and PSV Eindhoven. Both sides are among the favourites to win the trophy.

Meanwhile, Bodo/Glimt and Roma will meet again for the third and fourth time, having already met in the group stages. The Norwegian side won the home match 6-1, while the reverse fixture finished 2-2.

The first legs of the quarter-finals will take place on April 7, with the second legs a week later. The semi-finals will begin on April 28 and end on May 5. The final will be on May 25 at the Arena Kombetare in Albania – the first time the country will host a UEFA final.