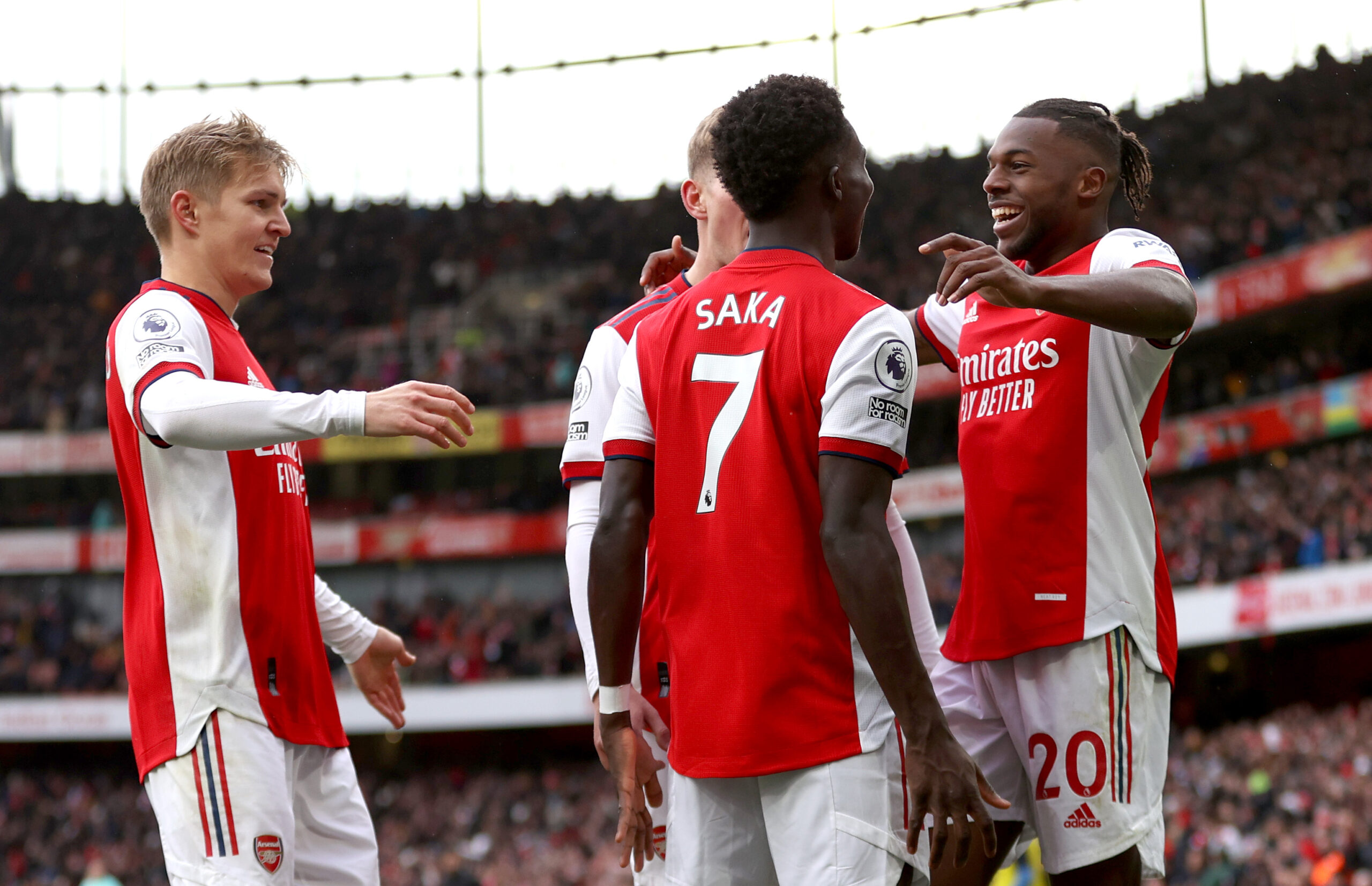 Arsenal’s road to recovery after midweek’s 2-0 home defeat to Liverpool begins on Saturday as they travel to Villa Park to meet mid-table Aston Villa.

A 2-1 loss at West Ham United last time out knocked Villa down from a three-game winning Premier League run without conceding, but the highest top-flight finish since 2010/11 remains on the cards.

Steven Gerrard’s men currently sit in ninth, one point clear of 10th-placed Southampton, and keeping this position come May would see them achieve that feat.

The Gunners hold a slender, one-point lead on fifth-placed Manchester United, but with two games in hand, they are in firm control of their Champions Leauge longings.

Villa’s match against the London outfit, as well as other Arsenal fixtures, are available to watch live on Sky Sports and via other streaming platforms.

It has been over a year since Villa won back-to-back Premier League games at home, but a brace of 1-0 H2H home victories in a row, suggests they could make it happen this weekend.

Keeping things tight at the back has been Gerrard’s formula for success in the West Midlands as each of Villa’s last four top-flight triumphs have yielded a clean sheet.

However, the Lions tend to collapse after conceding, going winless in the last eight Premier League fixtures in which they failed to keep a clean sheet (D2, L6).

Since turning a 1-0 half-time lead into a 2-1 defeat at Everton in early December, Arsenal have strung together four Premier League away wins by an aggregate score of 13-3.

Delivering action from the get-go, the Londoners have registered a clear majority (68%) of their Premier League away goals scored this season before half-time (13/19).

Another flying start could be of the utmost importance, considering that Arsenal have lost all three away league fixtures after conceding the opener this term.

After being taken off with a muscle problem only ten minutes into Villa’s game at West Ham, Lucas Digne could miss out on Arsenal’s visit along with deep-lying midfielder Douglas Luiz.

Takehiro Tomiyasu’s calf injury continues to keep him on the sidelines, but other than the Japanese defender, Arteta will have the remainder of his squad fit.

Despite seeing their European hopes dead in the water courtesy of a dreadful start to the season, Villa will likely give Arsenal a run of their money in Birmingham.

With fatigue potentially catching up with Arteta’s players following a keenly-contested midweek battle with Liverpool, we would not put it past the Lions to pick up all three points.

But given both sides’ decent scoring records of late, we back both teams to score.