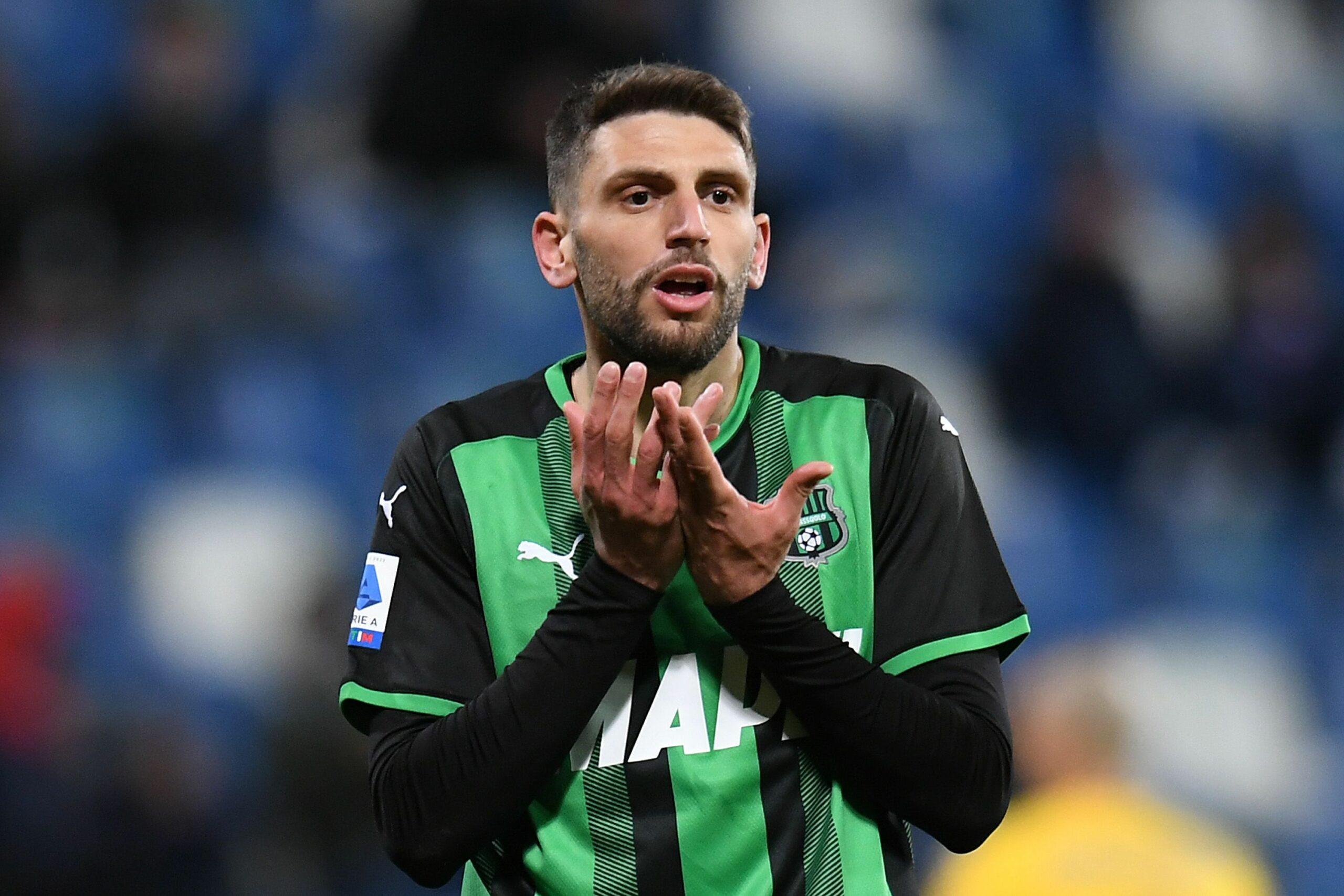 AC Milan are in the market for a right-winger as they feel they need an upgrade over Alexis Saelemakers and Junior Messias.

Berardi is in sensational form for Sassuolo, netting 12 goals and 14 assists in Serie A this season.

The Italian winger’s stock has been on a continuous rise in recent years, as he has hit double figures for goals and assists in the last three seasons.

However, Milan could face competition from Arsenal and Napoli for Berardi’s signature.

Club Brugge’s Lang is another name on the wishlist, but Milan would have to pay €40 million for his transfer.

The former Ajax star has racked up six goals and 11 assists in the Belgian top-flight this season.

Lang was brought to wider attention during the Champions League group stage, where he put on an impressive display against PSG, eventually winning the man of the match award.

The 22-year-old’s playing style is similar to that of Brazilian superstar Neymar.

Milan are also interested in signing Bergwijn, who has endured a torrid spell at Tottenham Hotspur.

The Dutch winger moved to Spurs from PSV in 2019, but he has hardly impressed over the three seasons.

The 24-year-old is also on the radar of the Gunners and his former club Ajax.

Rossoneri will be eyeing more quality additions as they are poised to play in the Champions League for the second consecutive season.

They also top the Serie A table with 63 points, three points clear of second-placed Napoli.