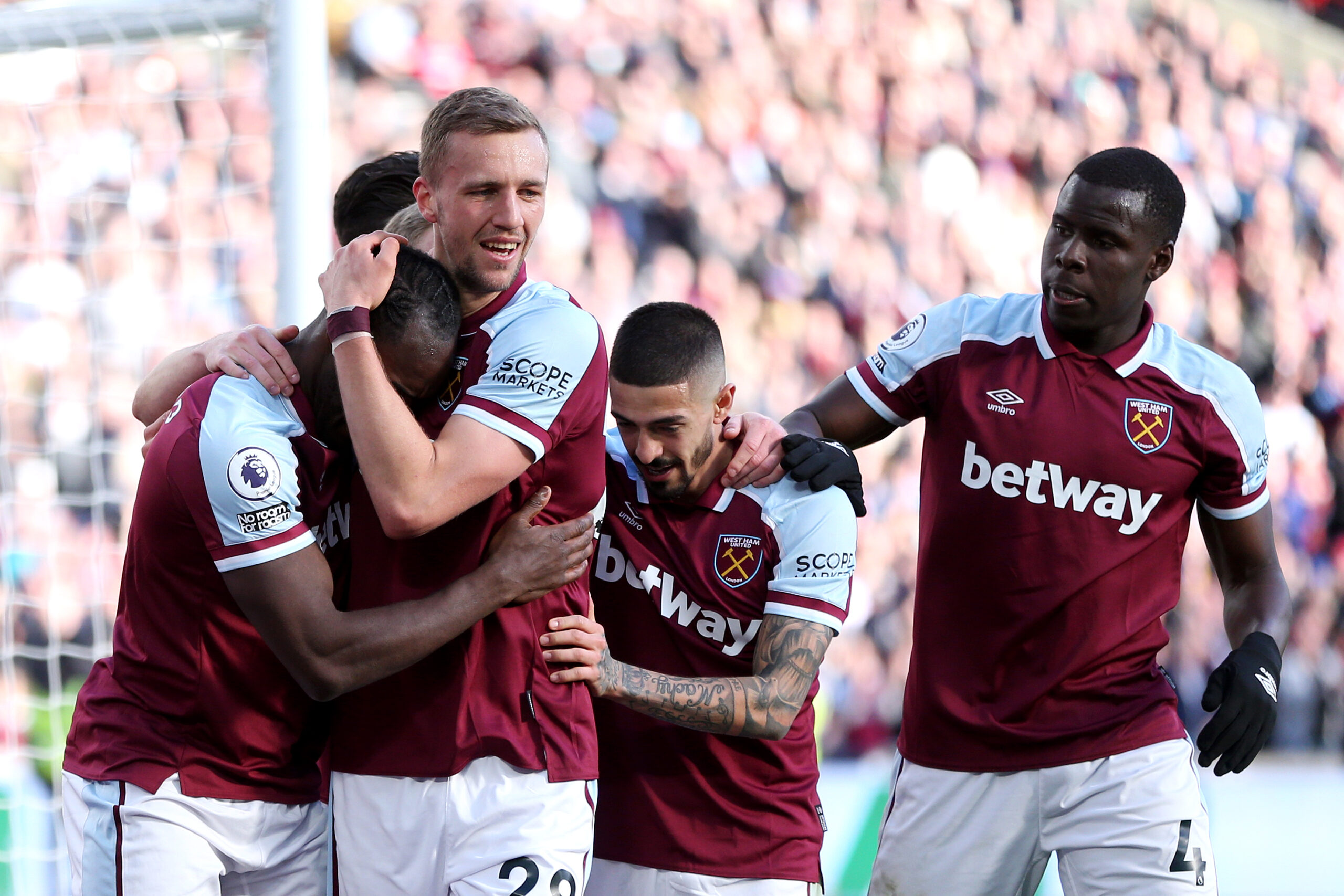 West Ham United and Sevilla are set to square off in the return leg of their exciting Europa League last-16 tie at the London Stadium.

Munir El Haddadi’s second-half winner handed the Europa League specialists a 1-0 triumph in the first leg in Spain, as the Hammers face an uphill task to progress into the quarter-finals.

It is not all lost yet for David Moyes’ side, especially after they put a three-game winless streak in all competitions to a halt with a 2-1 home victory over Aston Villa at the weekend.

The Premier League powerhouse claimed a top spot in Europa League Group H with a game to spare in the autumn, reaching their first knock-out phase in European competition in the 21st century.

Although they head into proceedings on the back foot, the Irons can take confidence from the fact they have defeated Spanish opponents in both previous European ties.

Since moving to the London Stadium, the Londoners have not drawn any of their five home matches in continental action (W3, L2), while their overall European record on home turf looks promising (W19, D3, L6).

Based on recent West Ham results at the London Stadium, they are in good shape to turn the tables on Sevilla, having won three of their last four competitive home games (D1).

After switching over from the Champions League group stages, Sevilla squeezed past Dinamo Zagreb in the knock-out round play-offs 3-2 on aggregate.

Their 1-0 second-leg defeat in Croatia made it no win from Los Rojiblancos’ last five away matches in European football (D3, L2), three of which saw Julen Lopetegui’s side fail to find the net.

Though the Andalusians’ overall away record in the Europa League knock-out phase, including neutral venues, reads positively (W13, D6, L5), they are winless in their last seven road trips in all competitions (D5, L2).

It is worth noting that Sevilla drew a blank three times during that seven-game sequence, netting precisely once per game on the other five occasions.

Long-term absentee Angelo Ogbonna will not be available for selection, but West Ham manager Moyes hopes to welcome Jarrod Bowen and Vladimir Coufal back from injuries.

Sevilla head coach Lopetegui has far more injury concerns to deal with ahead of this trip as Suso, Karim Rekik, Fernando, Erik Lamela, Papu Gomez, Diego Carlos and Lucas Ocampos are all ruled out.

Sevilla’s underwhelming 1-1 draw away to out-of-sorts La Liga side Rayo Vallecano at the weekend came as further confirmation of the Andalusians’ discomfort when playing away from home.

Lopetegui’s men drew level from only their second attempt on target against a side that headed into the game on a run of six straight league defeats.

As for West Ham, they outplayed Steven Gerrard’s Villa side in a tricky Premier League fixture at the weekend to lift their spirits ahead of their biggest match of the season so far.

With momentum on the Hammers’ side, we back Moyes’ team to pull off a second-leg comeback and advance into the quarter-finals.