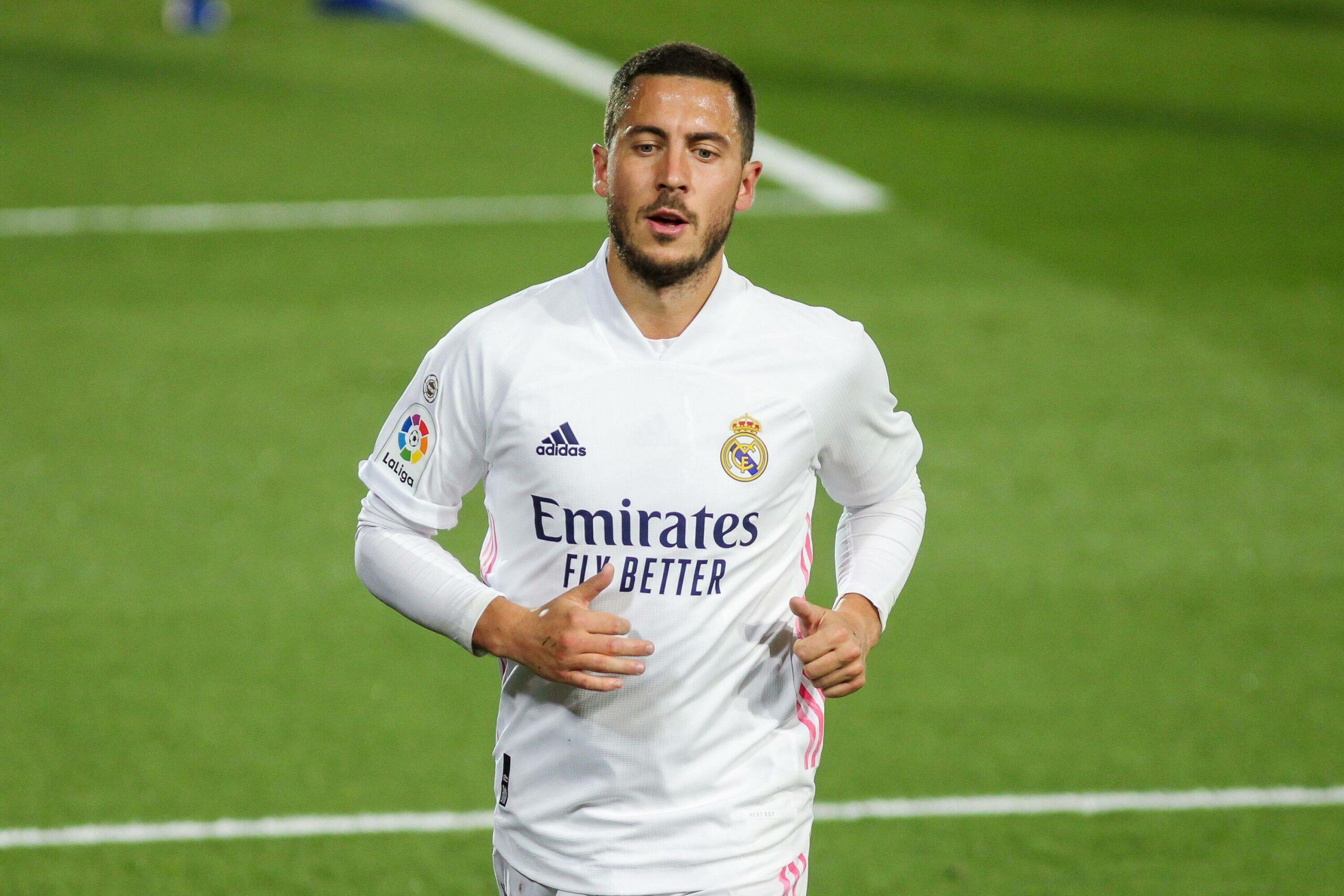 The north London giants have had a fine campaign in the Premier League. They are currently fourth in the standings with 51 points, one ahead of Manchester United with three games in hand.

With the healthy advantage, they have a good chance of ending their five-year Champions League exile, and this could boost their chances of pursuing world-class players this summer.

It is now reported that the Gunners have a ‘real’ interest in Hazard, and have initiated ‘first contacts’. However, there has been no response from the player’s side at the current point.

Hazard has suffered numerous knee and muscle injuries since his move from Chelsea in 2019. He has registered just 65 appearances over the past two-and-a-half seasons for Madrid.

The 31-year-old has managed to stay injury-free for most of the current campaign, but has registered just 877 minutes with manager Carlo Ancelotti not considering him as a key player.

Despite this, the Belgian has his sights on staying for another season at least, but reports claim that Los Blancos would be willing to consider his departure during the next transfer window.

The Gunners shifted their transfer policy last summer with the focus on pursuing young players with valuable experience. It has proved worthwhile with the turnaround in league fortunes.

Considering this, it appears a surprise that they are interested in Hazard unless they are eyeing a loan deal. The Gunners have had a good working relationship with Madrid in recent years.

The Gunners loaned Dani Ceballos and Martin Odegaard from Madrid last season. The latter was signed permanently last summer. He has turned out to be an excellent acquisition.

While the Gunners could offer an escape route to Hazard, they could face possible competition. Newcastle United are said to be admirers after their big Saudi-led takeover.

Former club Chelsea have also been linked. While they can’t sign any players currently due to the sanctions on owner Roman Abramovich, their sale could change the situation.

Hazard will undoubtedly give first priority to the Blues if he were to make a Premier League comeback. He may also have second thoughts over joining their fierce London rivals.