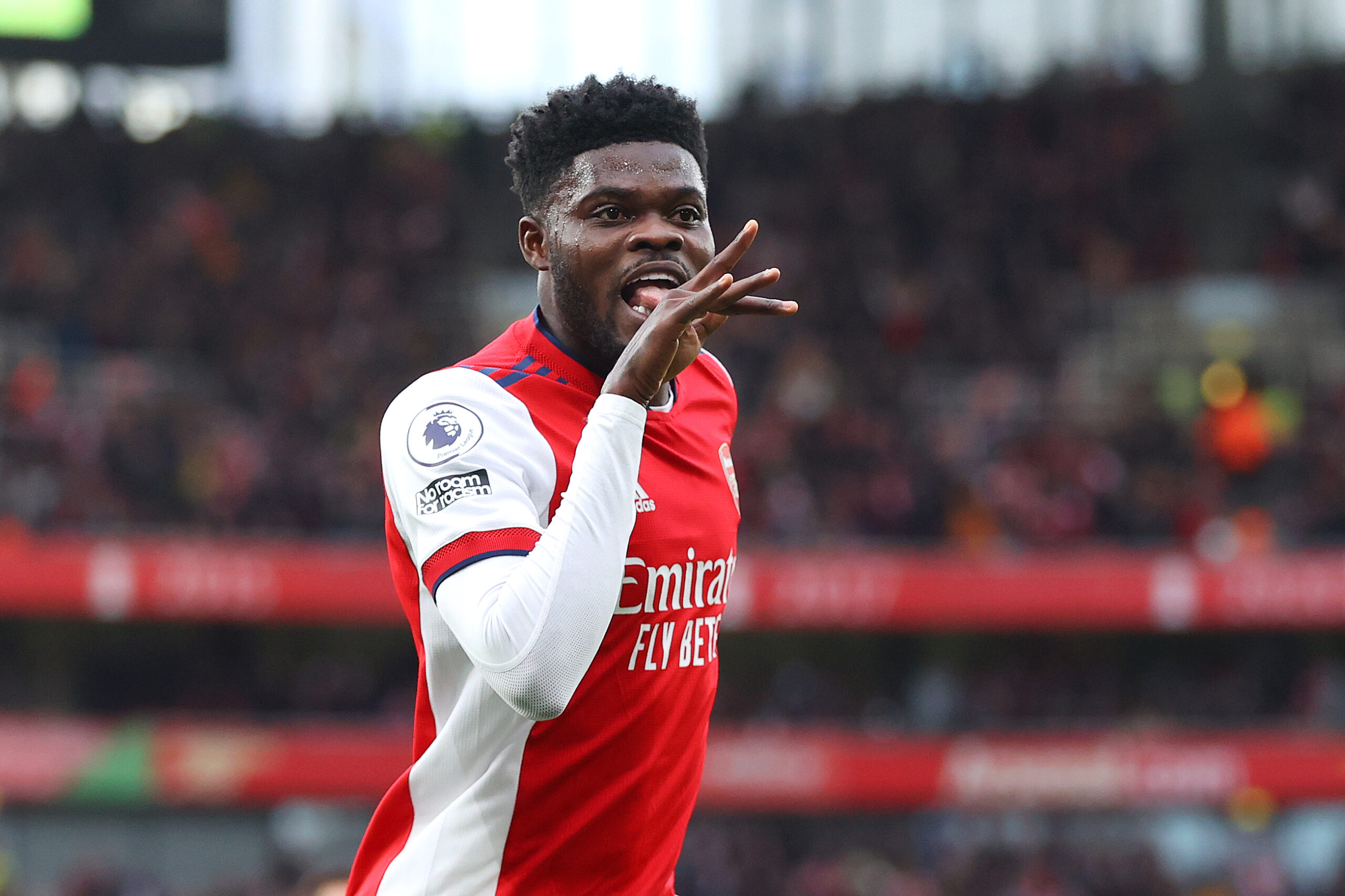 Arsenal midfielder Thomas Partey has said that the club belong in the Champions League and should approach each Premier League game as a final.

The Gunners have not played in the elite European competition for the past five years, but they have been handed an excellent opportunity to end the streak.

The club are presently in the fourth spot with 51 points. They are just one point ahead of Manchester United, but have three games in hand over them.

Speaking to Sky Sports, Partey has emphasised that Arsenal are a ‘very big club’ and qualifying for the Champions League remains the prime objective.

He added that the players need to go ‘game by game’ and approach each one of those as a ‘final’.

He said: “We are in a very big club, one of the biggest clubs in the Premier League and the Champions League is where they belong. That’s the objective.”

“But, we have to go game by game. We have some games to finish and we have to approach every game as a final and that’s what we should be focused on.”

The Gunners ended January on a disappointing note. They went winless over the entire month while also bowing out of the FA Cup and Carabao Cup respectively.

However, this has not derailed their campaign, and the players have come revitalised following the winter break with five straight wins in the Premier League.

With games in hand, they are in control of their Champions League destiny. The club have the chance to further strengthen their top-four pursuit on Wednesday.

Mikel Arteta’s side host Liverpool in one of the rescheduled games. It promises to be a testing challenge for the Gunners, who have barely beaten the Reds recently.

The north London club went to Anfield in a similar run of form back in late November. They started off brilliantly, but ended up by being truly outclassed.

The experience of the Liverpool squad paved the way for a comfortable 4-0 triumph. The Gunners have the chance to show what progress they have made.

Partey had a poor 18 months to start off his Gunners career, but has looked a different player since the beginning of the year with faultless performances.

He was critical of his own self back in December with a 4/10 rating. He has definitely redeemed himself, and recently played a pivotal role against Leicester City.

The Ghanaian opened the scoring before winning a penalty for his team. The 28-year-old has the chance to stand out with another top showing in midweek.