PSG’s ‘greatest transfer window ever’ – How has it gone wrong? 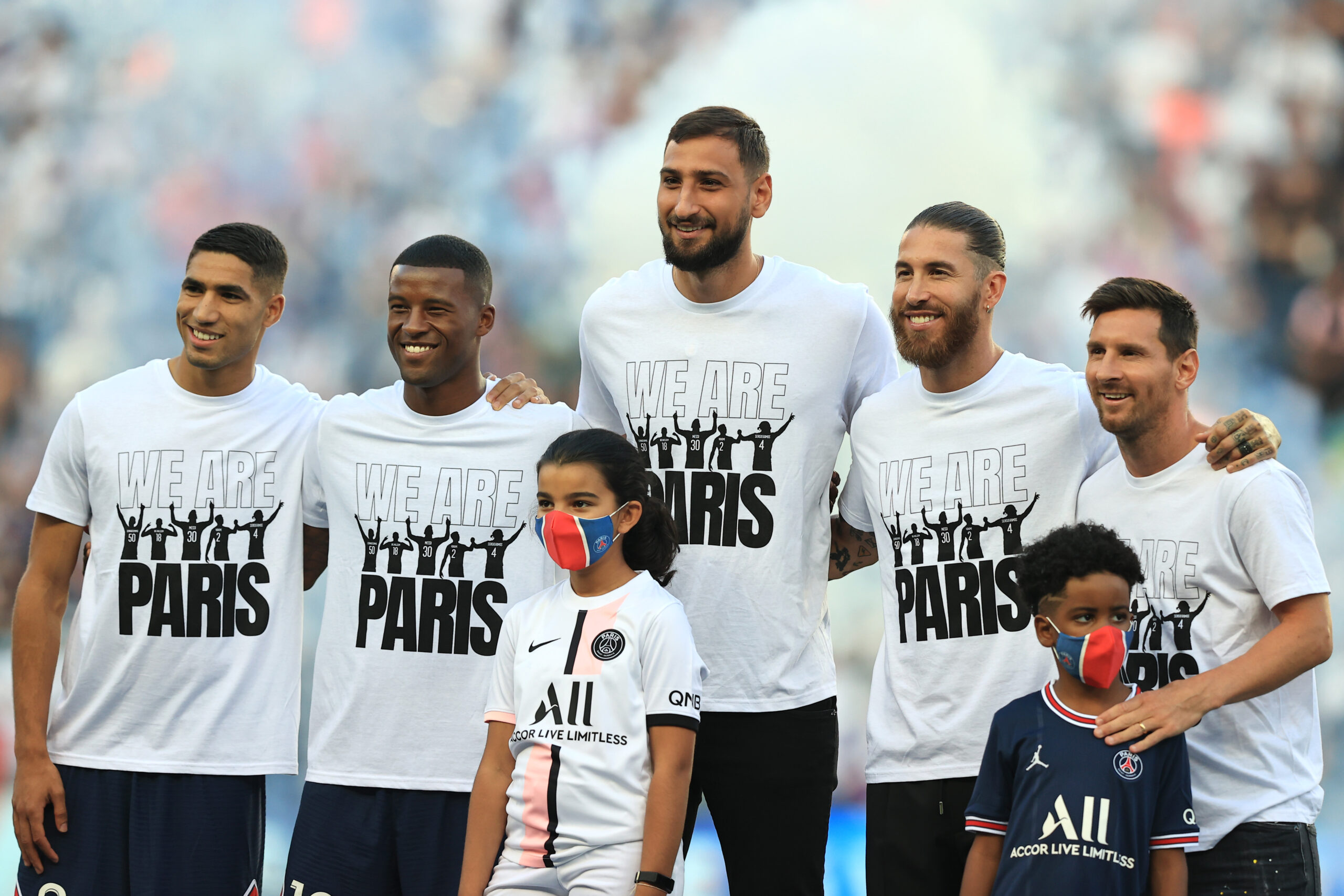 During the summer, Paris Saint-Germain brought in several high-profile players. After recruiting Achraf Hakimi, Sergio Ramos, Gianluigi Donnarumma, and Georginio Wijnaldum, many viewed them as favourites for the Champions League.

And, when they added Lionel Messi to that list in August, they became the standout contenders for the European crown.

At the time, it was seriously exciting. Many had described their transfer business as ‘the greatest transfer window ever’.

But this season has ended up being one to forget. They’re way ahead in the Ligue 1 title race, but they exited the Champions League in the round of 16 following a second-half capitulation at the Bernabeu.

So, where has it gone wrong?

Over the weekend, Messi was the target of booing from some sections of the home crowd at the Parc des Princes. Having been worshipped at the Camp Nou for 17 years, he will not be used to his own supporters getting on his back.

Ultimately, PSG fans won’t care what Messi did for Barcelona. They won’t care about his 750 goals, seven Ballon d’Or awards, four Champions Leagues and all the records he has broken. They want to see him do it for their club.

So far, he’s been…okay. The Argentine is currently level with teammate Kylian Mbappe for the most assists in Ligue 1, and he also netted five in the Champions League group stages. However, this is way below what was expected of him.

The sad truth is he just isn’t the player that he once was. Does that mean he has nothing left to offer? No, but serious question marks remain over whether his strengths outweigh his limitations.

Messi doesn’t press or track back. When his side are out of possession, he will often stand still or walk about.

He’s been like this for a few years now, so why has it only become a major problem now? Well it was always an issue, but he’d more than make up for it by contributing to over 70 goals per season.

Now, he’s not putting up the numbers that he used to, and those flaws are far more obvious. Given the money that he’s being paid, he needs to do a lot more to justify his transfer.

Hakimi was signed after a stellar season for Inter Milan, helping them to the title. The Morocco international was expected to form a frightening partnership with Messi down the right.

So far, he has been fine. But he is a very attacking full-back – Antonio Conte used him as a right-wing-back in a 3-5-2 during Inter’s title-winning year.

This attribute, coupled with Messi’s lack of defensive desire, can leave PSG dangerously exposed at the back. This term, we’ve seen Les Parisiens get hit on the break on a number of occasions.

Donnarumma probably has the highest market value of any goalkeeper in the world right now. He’s 23 years old, and is already considered one of the best stoppers in the world. How could signing him on a free go wrong?

To be fair, he’ll probably end up being a good signing. He’s still got several years ahead of him. But so far, things could have gone far better.

Firstly, the Italian hasn’t always been on the pitch. Manager Mauricio Pochettino has rotated him with former Real Madrid man Keylor Navas. The Costa Rican has started the majority of their league games, while Donnarumma has been trusted in the Champions League.

And when he has played, he hasn’t always been at his best. In the second leg of their Champions League tie with Real Madrid, his error allowed Karim Benzema to pull one back in the 60th minute. This proved to be a key turning point in the tie.

Not a whole lot to say about Ramos, really. He’s only made four appearances all season, mostly due to injury. In these matches, he scored in one and was sent off in another (of course).

It’s not necessarily his fault that he’s been absent for most of the season. If they had someone of his experience against Real Madrid, they may not have imploded in the way that they did. But you can’t exactly call the signing a success.

Wijnaldum was a respected player during his time at Liverpool. However, he wasn’t ever a real world-class talent. Useful? Absolutely. World-class? No.

Wijnaldum, Danilo Pereira, Ander Herrera, Idrissa Gana Gueye, Julian Draxler, Leandro Paredes. They’re all decent players in their own right, but far from the top level. It’s no wonder that Luka Modric ran rings around them on Wednesday evening.

The French side have spent so much over the last few years. How have they ended up with such an unspectacular set of midfielders?

While many came in last summer, Mbappe almost departed to Real Madrid. Los Blancos reportedly had a bid of €180 million turned down for the World Cup winner.

Now, PSG may feel like they ought to have accepted the bid. It may seem bizarre to say this – Mbappe has been their best player this season by an absolute mile, and arguably the best player in the world.

But for what? A Ligue 1 title? They’ve already won seven of the last nine. That’s not what they’re looking for.

They wanted the Champions League. And while Mbappe did pretty much everything he could to see his side through to the quarter-finals, it wasn’t enough. Now they’re probably going to lose the most sought-after player in world football on a free transfer.

Was it worth throwing away that €180m just to keep the Frenchman for one more year? No, clearly not. It’s easy to say this in hindsight, but they should have taken the money when they could.