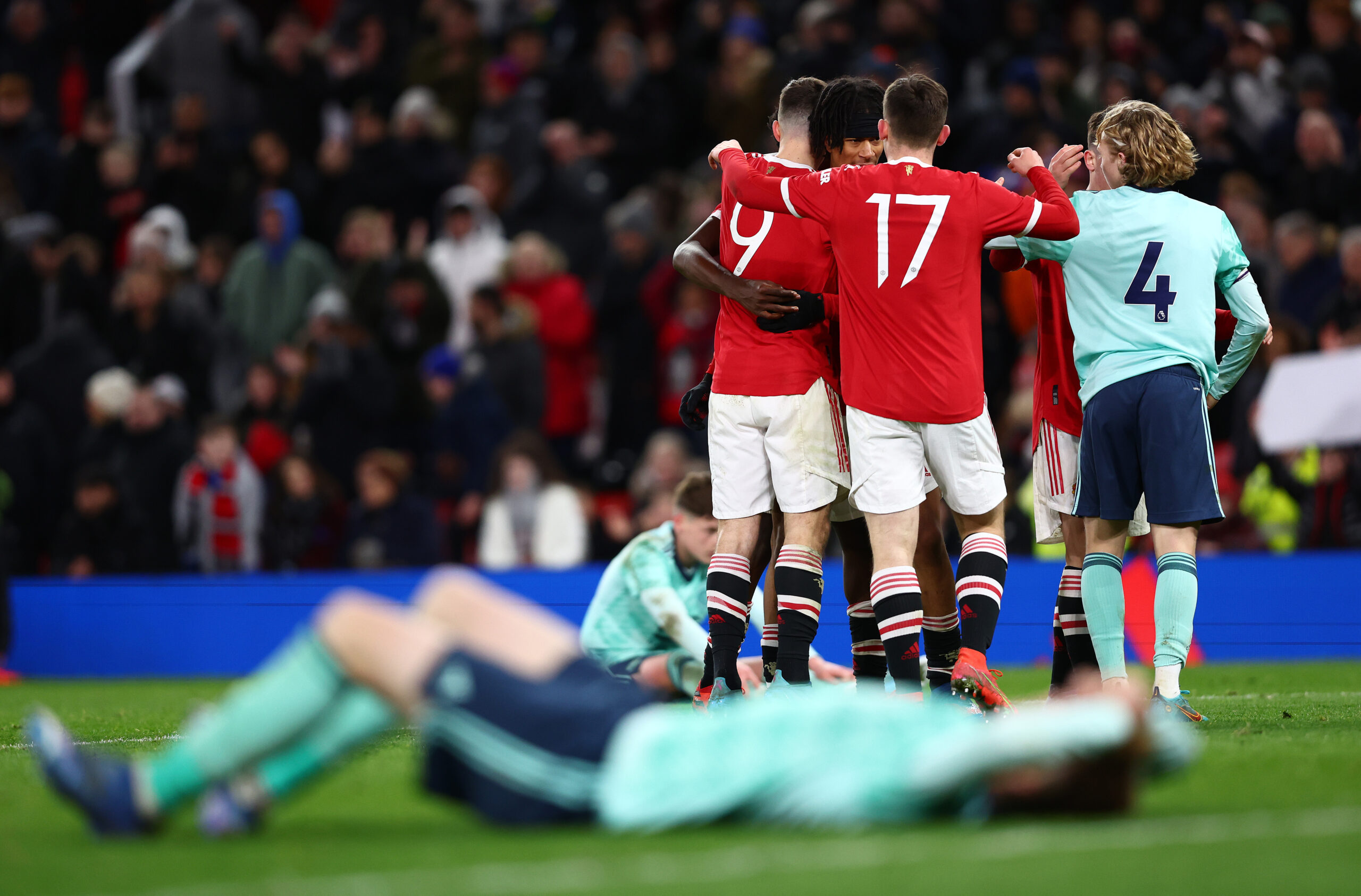 A place in the Champions League quarter-finals is on the line as Manchester United welcome Atletico Madrid to Old Trafford.

Ralf Rangnick’s men will take the field with their confidence boosted after Cristiano Ronaldo’s perfect hat-trick fired them to an all-important 3-2 win over Tottenham Hotspur at the weekend.

But Los Rojiblancos, who have racked up a three-game winning streak since the first-leg stalemate, will stake their claim for a second Champions League quarter-finals appearance in three seasons.

Ronaldo carried Man United through to the Champions League knock-outs, having scored in the opening five group stage matches, including late winners against Atalanta and Villarreal at Old Trafford.

After setting an English record for the most appearances in the Champions League knock-outs (19), the Red Devils are gunning for their first quarter-finals qualification since 2018/19.

United’s 12-game Champions League form at Old Trafford does not look encouraging (W6, D1, L5), but they remain unbeaten in all three such match-ups this season (W2, D1).

The Premier League heavyweights have a piece of history to defy here after bowing out of European competition at the hands of Spanish opponents in the last four seasons in a row.

Diego Simeone’s side took their faithful through an emotional rollercoaster in the Champions League group stage, as they had a Matchday 6 win away to Porto to thank for qualifying for the knock-outs.

Los Colchoneros head into proceedings as outsiders to reach the quarter-finals, but they can find comfort in knowing they have advanced to the last-8 in five of their last eight Champions League campaigns.

Adding to Atletico’s confidence, they have ousted English opponents from nine of their 12 overall two-legged knock-outs ties despite bowing out to Chelsea in last season’s round of 16.

However, the Spaniards have registered just three victories across their 16 European visits to English clubs overall (D7, L6), going unbeaten in five such contests on the trot (W2, D3) before losing to Chelsea last term.

Scott McTominay and Bruno Fernandes had to skip Man United’s meeting with Spurs due to a calf injury and illness, respectively. As things stand right now, they are likely to watch this one from the stands too.

Both sides are keen to make up to their fans for underwhelming domestic seasons, so we do not expect the managers to take too many risks by going all-out-attack from the get-go.

After running riot in their recent La Liga outings, Atletico have momentum on their side, but Man United have Ronaldo back to his usual best.

We cannot overlook the presence of the Champions League record-time goalscorer in this fixture as we back the Premier League side to make it out of this blockbuster tie.