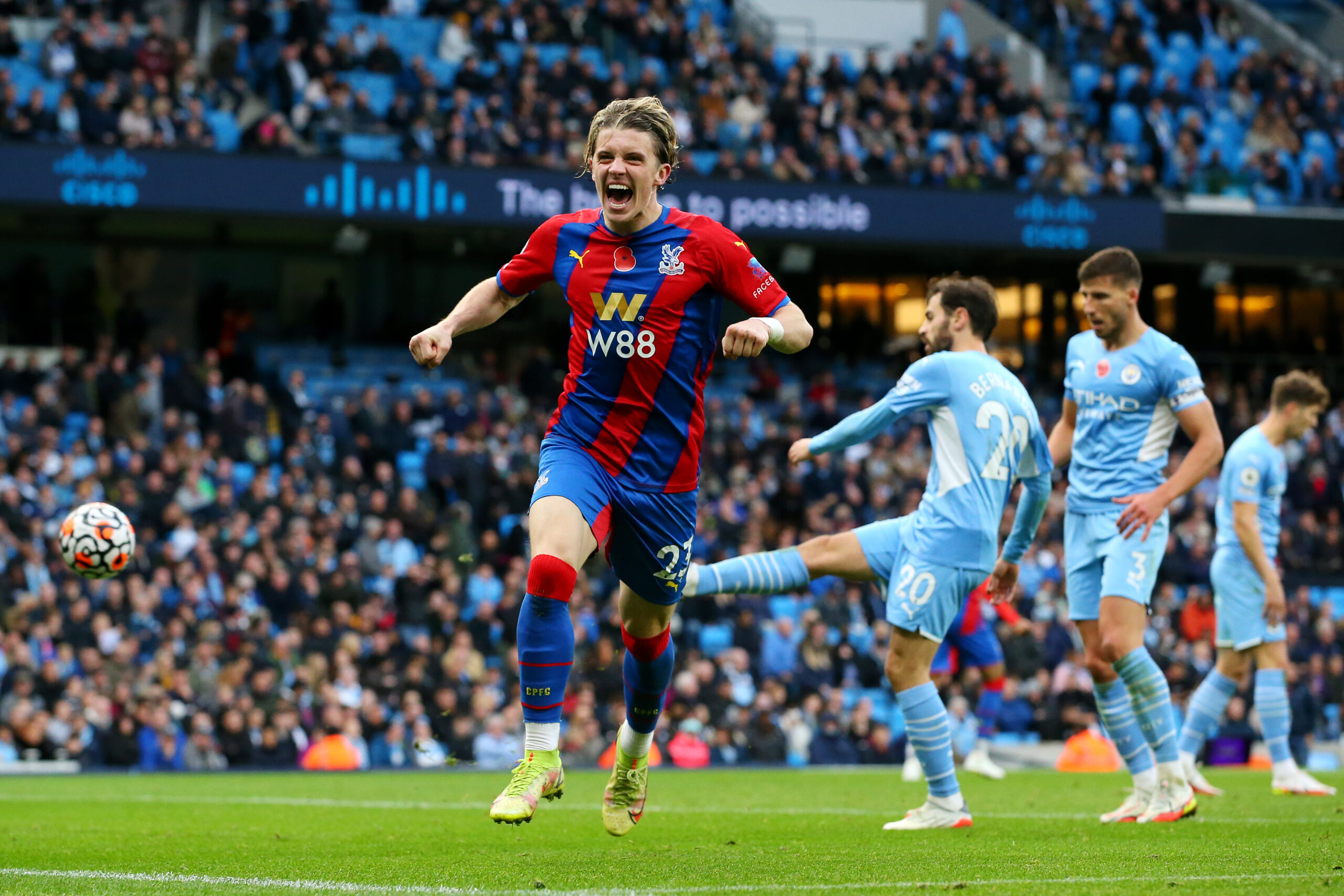 Monday’s encounter between mid-table Crystal Palace and table-topping Manchester City will serve to round off Premier League Matchday 29.

Both teams head into proceedings in high spirits, which promises a spectacle to the attending Selhurst Park fans.

While Palace swept Wolverhampton Wanderers aside with a 2-0 away triumph last time out, Man City dismantled fierce rivals Manchester United 4-1 in the build-up to this trip.

Despite taking their Premier League title defence back on track following a 3-2 loss to Tottenham Hotspur, Pep Guardiola’s side could face a tricky task in London.

Patrick Vieira’s men have strung together three league matches without defeat ahead of this matchday (W2, D1), reinforcing their bid to claim a first-ever Premier League top-half finish.

Stuck in 10th in the Premier League table, the Eagles have failed to win any of their last four league games at Selhurst Park (D1, L3), conceding the opening goal in each of those three defeats.

Palace orchestrated one of the biggest upsets this Premier League season, winning 2-0 at the Etihad Stadium back in October to give themselves a chance of recording their first league double over City since 1987/88.

Achieving that feat would require the Londoners to break the deadlock at least, having won none of 13 Premier League fixtures in which they conceded first this season (D4, L8).

Man City’s impressive away form has been off the charts this Premier League season as they have gone unbeaten in 13 consecutive league travels (W11, D2) since a narrow 1-0 loss at Spurs on Matchday 1.

City’s aforementioned humiliation of Man United saw them become the first club in the Premier League history to net 4+ goals on eight occasions across a single season.

In addition to boasting one of Europe’s most intimidating attacking line-ups, Guardiola’s men have been water-tight at the back this term, conceding a league-low 18 goals so far.

Man City will be keen to inflict revenge on Palace for the reverse fixture battering. After beating them in five of their last six top-flight H2Hs at Selhurst Park (D1), it is hard to make a case for the Cityzens not to pull it off.

Palace will be without the injured trio Nathan Ferguson, Joel Ward and James McArthur.

Nathan Ake, Ruben Dias, Zack Steffen and Benjamin Mendy will not travel with the Man City squad to London for various reasons.

Liverpool’s 2-0 win away to Brighton restored a three-point gap between them and Man City, narrowing down the Cityzens’ room for error.

We expect Guardiola’s team to respond in a similar fashion and overcome mid-table Palace with ease.