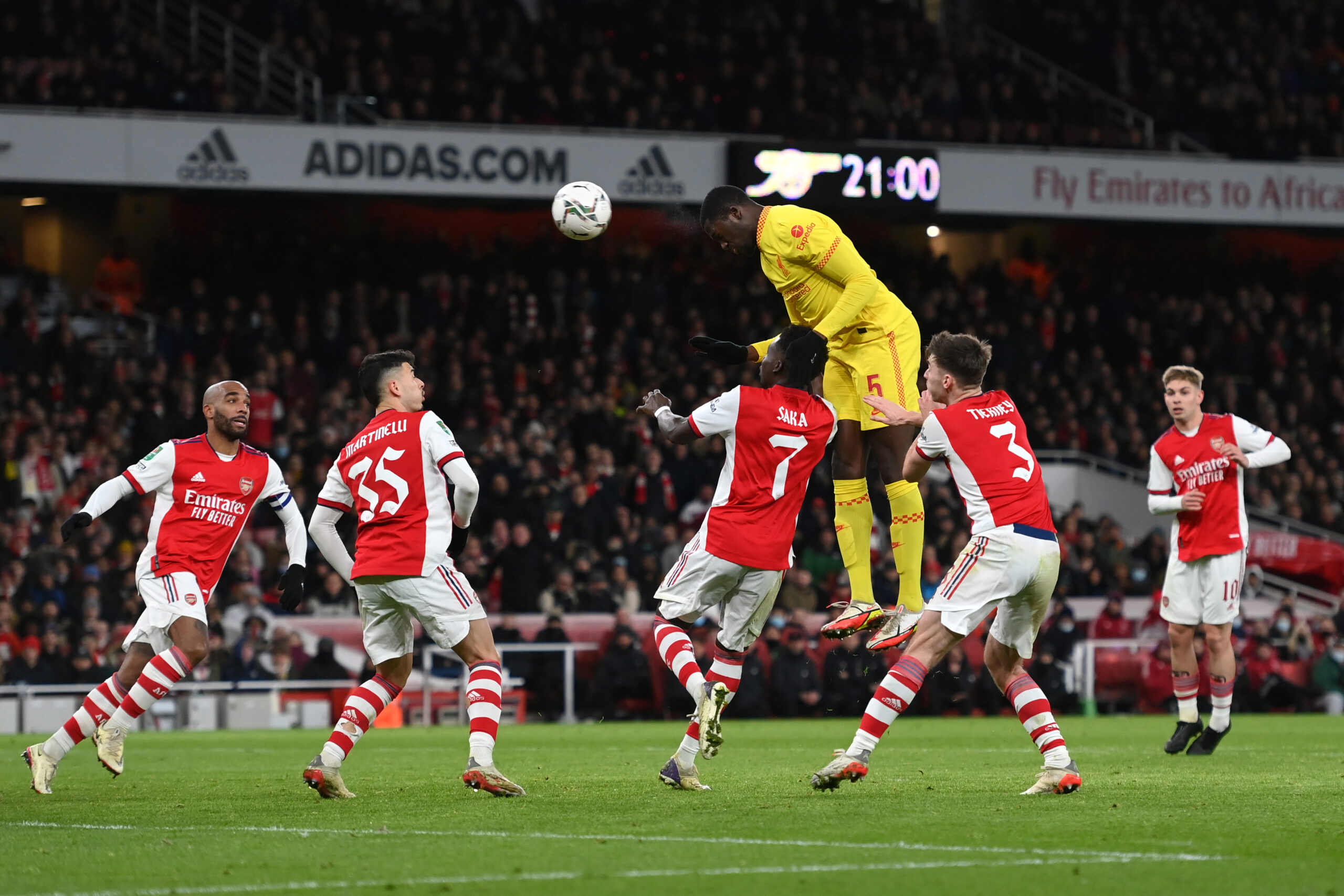 The Londoners, who appeared to be a club up a creek without a paddle earlier in the season, are now one of the most in-form sides in the Premier League.

Inspired by a run of five league wins in a row, Mikel Arteta’s men are ‘gunning’ for their first top-four finish in six years, last making that feat in 2015/16.

While this could be a season-defining fixture for the Gunners, it could also have a significant bearing on Liverpool’s ambitions to dethrone Manchester City.

After winning each of their last eight Premier League matches, the Reds have whittled down the gap on table-topping Man City to only three points.

Arsenal’s spectacular 2-0 home victory over Leicester City at the weekend ensured they maintain a single-point lead on fifth-placed Manchester United, on whom they hold three games in hand.

Arteta will thank the schedule officials for placing Liverpool’s visit to the Emirates on Wednesday, as the Gunners are unbeaten in all eight of their midweek Premier League home matches under his stewardship (W5, D3).

But it will be up to the Spaniard to find the way to get past Jurgen Klopp’s unpenetrable defence after seeing his Arsenal side draw a blank in their last five meetings with the Reds in all competitions.

Scoring first and kicking on thereafter has been Arteta’s formula for Arsenal’s outstanding form at the Emirates this season, with the Londoners dropping the points just twice in 11 Premier League home games when getting ahead (W9, D1, L1).

In addition to winning their last eight Premier League outings on the bounce, Liverpool preserved a clean sheet on six occasions in that run, including a 2-0 triumph at lowly Brighton over the weekend.

Only Man City (18) have conceded fewer goals than the Reds (20) this Premier League season, though it is worth mentioning that 65% of them have come on hostile turf.

A water-tight defensive unit has not been Liverpool’s only weapon in their title hunt this term, as they also boast the best scoring record in the Premier League with 73 goals netted.

However, the Merseysiders have developed a habit of giving the points away in London, having won just once in their five Premier League visits to the capital this season (W1, D3, L1).

Klopp’s squad appears to be in good shape, with Ibrahima Konate remaining the only doubt ahead of the Reds’ trip to London.

Despite recent concerns regarding Mohamed Salah’s fitness striking feat into the hearts of the Anfield crowd, the Egyptian star will feature for Liverpool on Wednesday.

It has been a while since the Arsenal vs Liverpool match-up had such a substantial value, as both teams have their seasonal goals hanging in the balance.

The Reds brushed the Gunners aside with an overwhelming 4-0 win in the reverse fixture in November, but we expect nothing of the same this time around.

Arsenal have enjoyed a noticeable rise since being dismantled at Anfield, and we back them to end their five-game H2H goal drought and halt Liverpool’s winning league streak.