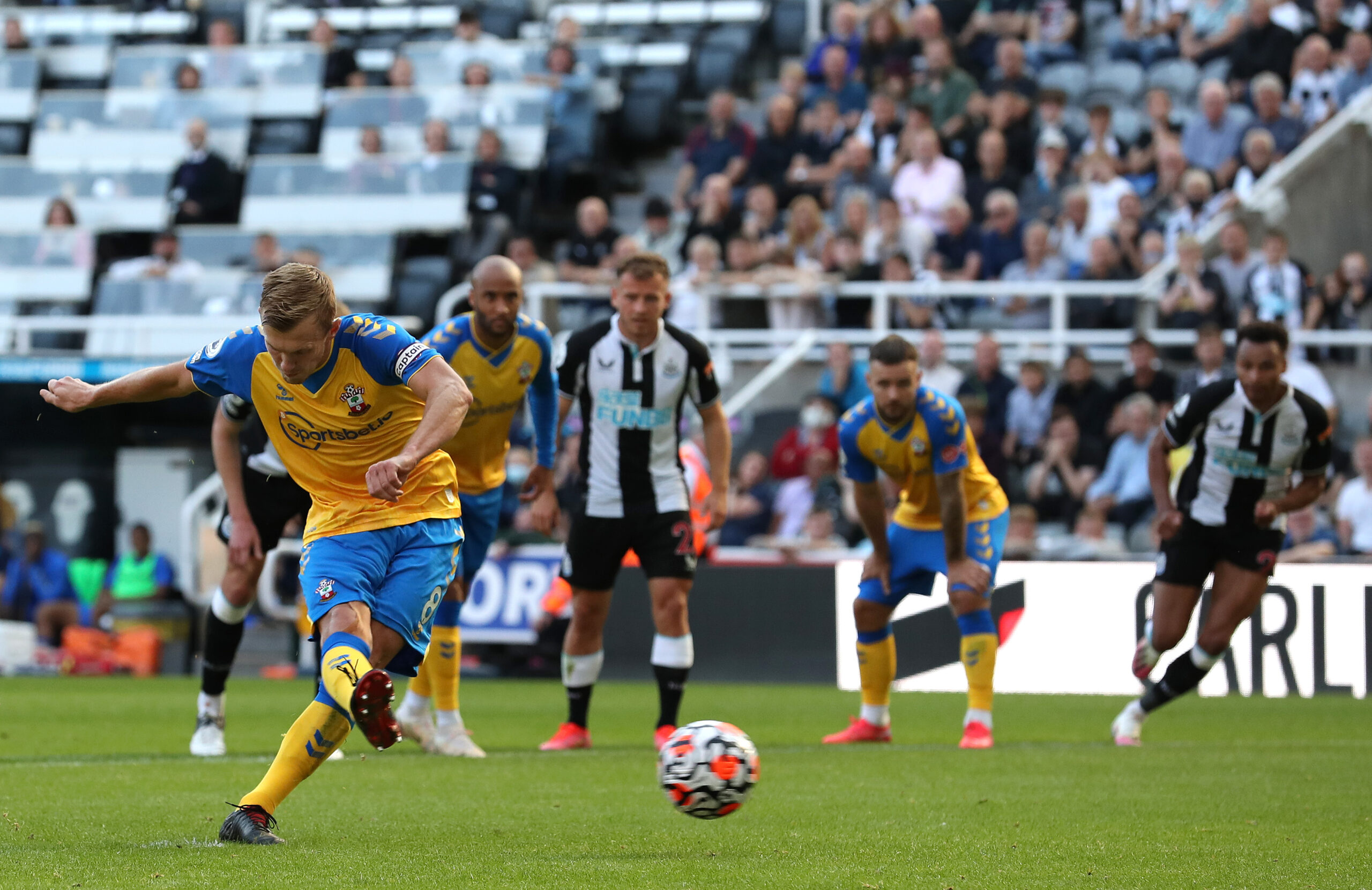 Southampton’s quest for their first Premier League top-half finish since 2016/17 continues on Thursday as they welcome resurgent Newcastle United to St Mary’s.

A dreadful 4-0 defeat away to Aston Villa at the weekend halted the Saints’ run of five Premier League matches without losing (W3, D2), casting doubt on rumours linking manager Ralph Hasenhuttl with a Manchester United takeover.

While Southampton were demolished last time out, the Magpies’ 2-1 home triumph over Brighton & Hove Albion took their unbeaten league streak to eight games (W5, D3), catapulting them further away from the drop zone.

Despite the aforementioned humiliation at Villa Park, Southampton are enjoying their most successful season under Hasenhuttl’s stewardship as they take the field tucked in mid-table comforts.

Much of the credit for that goes to their outstanding home record this season, with the Saints going unbeaten in their last ten Premier League outings at St Mary’s (W5, D5).

Keen to keep that run going and bounce back from their weekend collapse, Southampton will draw confidence from their undefeated record in midweek Premier League fixtures this season (W2, D3).

Newcastle’s visit to the south coast could be what the doctor ordered, considering that Southampton have only lost twice in their last 20 top-flight meetings with the Magpies on home turf (W13, D5).

Newcastle have their recent Premier League H2H record firmly on their side, having suffered just one defeat in their last nine league encounters against the Saints (W5, D3).

After losing three consecutive away league matches by multi-goal margins down the final stretch of the last calendar year, the Magpies have gone unbeaten in all three top-flight travels in 2022 (W2, D1).

Eddie Howe’s men will have to avoid conceding first if they are to win at St Mary’s, given that they are winless in all eight Premier League away games in which they fell behind this season (D3, L5).

Both of their Premier League victories on the road under Howe’s tutelage have been accompanied by a clean sheet, further highlighting the importance of keeping things tight at the back.

Alex McCarthy, Nathan Tella and Lyanco are unavailable due to injuries, while Shane Long and Mohamed Salisu face a race against time to get back into shape.

In addition to long-term absentees Jamal Lewis, Callum Wilson and Isaac Hayden, Kieran Trippier is ruled out in the Newcastle camp, with Matt Ritchie still in doubt.

Seeking redemption for the weekend embarrassment, Southampton will likely give one of the most in-form Premier League sides a run for their money.

The Saints have turned St Mary’s into a fortress this season, and we expect them to keep Newcastle winless here, with a draw looking to be the likeliest scenario.