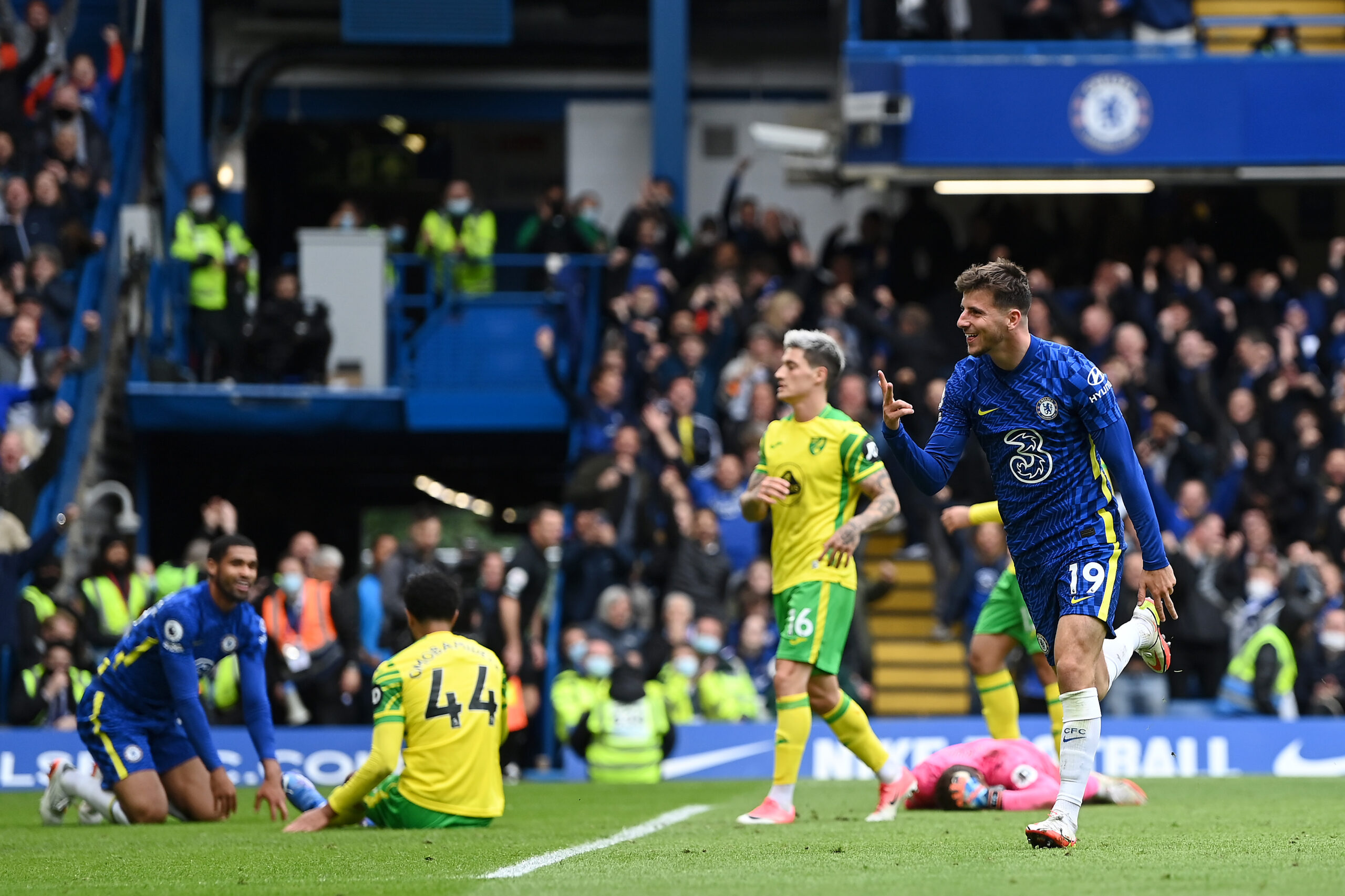 Time is ticking for the Canaries, who have returned to the bottom of the Premier League table following a run of four consecutive league defeats, including a 3-1 romping at the hands of Brentford last time out.

By contrast, the Blues have hit the ground running since mid-January, winning their last three Premier League games in a row by an aggregate score of 7-0.

After winning back-to-back Premier League matches in late January, Norwich have gone winless in their last five league outings on the trot, conceding an average of 2.6 goals per game in that period.

With safety drifting further away each matchday, the Canaries will be desperate to snap a five-game losing Premier League streak against Chelsea, including a humiliating 7-0 defeat in the reverse fixture.

Playing in midweek has not been Norwich’s strong suit, as they are winless in 28 of their last 29 midweek matches in the Premier League (D8, L20).

Despite growing ownership issues surrounding the club in light of Roman Abramovich’s decision to sell the club, Chelsea are on the verge of securing a top-four finish.

Thomas Tuchel’s men harbour a six-point lead on fifth-placed Manchester United with two games in hand, while they are unbeaten in their last three away league matches (W2, D1).

Although they have yet to lose a midweek Premier League fixture this season, three of Chelsea’s four such contests so far have ended as a draw (W1).

After stringing together three top-flight victories ‘to nil,’ the Blues could win four in a row without conceding for the first time since December 2016 under Antonio Conte.

Chelsea loanee Billy Gilmour is ineligible for selection due to a loan agreement, while Adam Idah and Andrew Omobamidele continue to struggle with injuries.

Norwich appear to be sinking without a trace, and they should be looking for points elsewhere, especially considering Chelsea’s showings against bottom-half teams this season.

We back the Blues to cruise to another victory without conceding and further solidify their position in the top-four race.