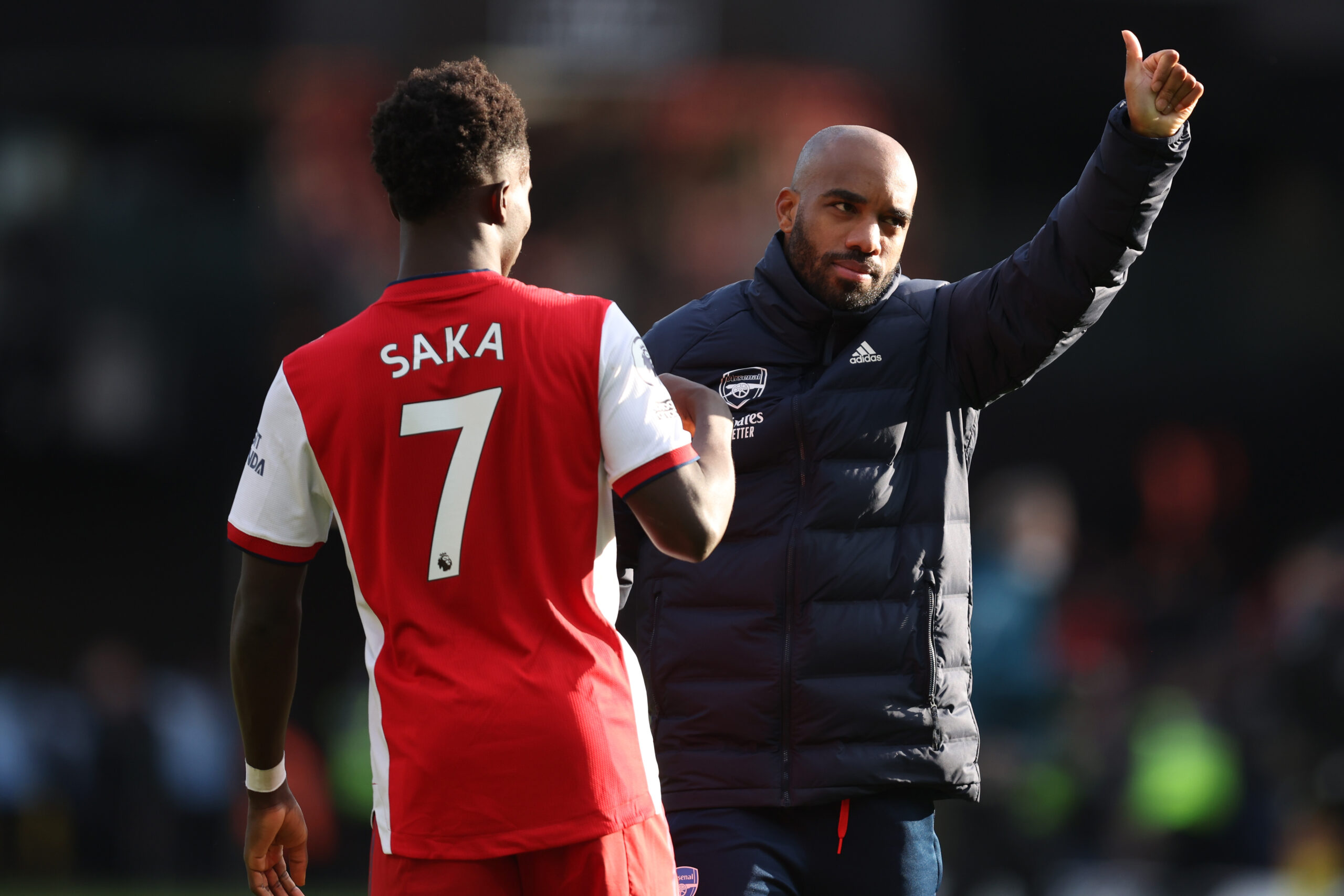 Arsenal legend Ian Wright has urged the club’s hierarchy to hand a new contract to Alexandre Lacazette amid his impressive showing over the past few months.

The France international has struggled to find the back of the net regularly this campaign, but he has made up for it with his impressive playmaking ability.

Lacazette has netted two goals over the last 10 league games, having missed clear-cut chances. However, he has redeemed himself with seven assists.

Two of those came against Watford at the weekend. The 30-year-old produced a delightful back-flick before Bukayo Saka’s goal, which was particularly pleasing.

Wright has now highlighted the importance of Lacazette to the Gunners and believes the club should keep hold of him for another one or two seasons.

He said on Wrighty’s House Podcast: ” It will be interesting to see how they do that. His position is vitally important to everything we do – just look at the two assists he got.

“Unless we get that person, you think to yourself, maybe we could give Laca another year or two.

“I think Laca has got to stay around, man. You can see with his little back flick. Man is feeling the vibe.”

Lacazette’s current contract with the Gunners expires in June. Manager Mikel Arteta has revealed that negotiations won’t be held until the end of the campaign.

The Frenchman is said to be eyeing a long-term deal, but the Gunners are reluctant to meet his demands with the recent experience with Pierre-Emerick Aubameyang and Mesut Ozil.

Both players were handed lucrative contracts when they were hugely influential figures but were far from their best following their renewals. The Gunners will be wary of another repeat.

While Lacazette has shown terrific desire with his work rate lately, the club may wait until the summer. His chances of a new deal could be boosted if they qualify for the Champions League.

The Gunners have been away from the elite European competition for the past five seasons. Lacazette has the opportunity to make more goal contributions and ensure their top-four league finish.

Arsenal are currently fourth in the Premier League table, one point ahead of Manchester United with three games in hand.