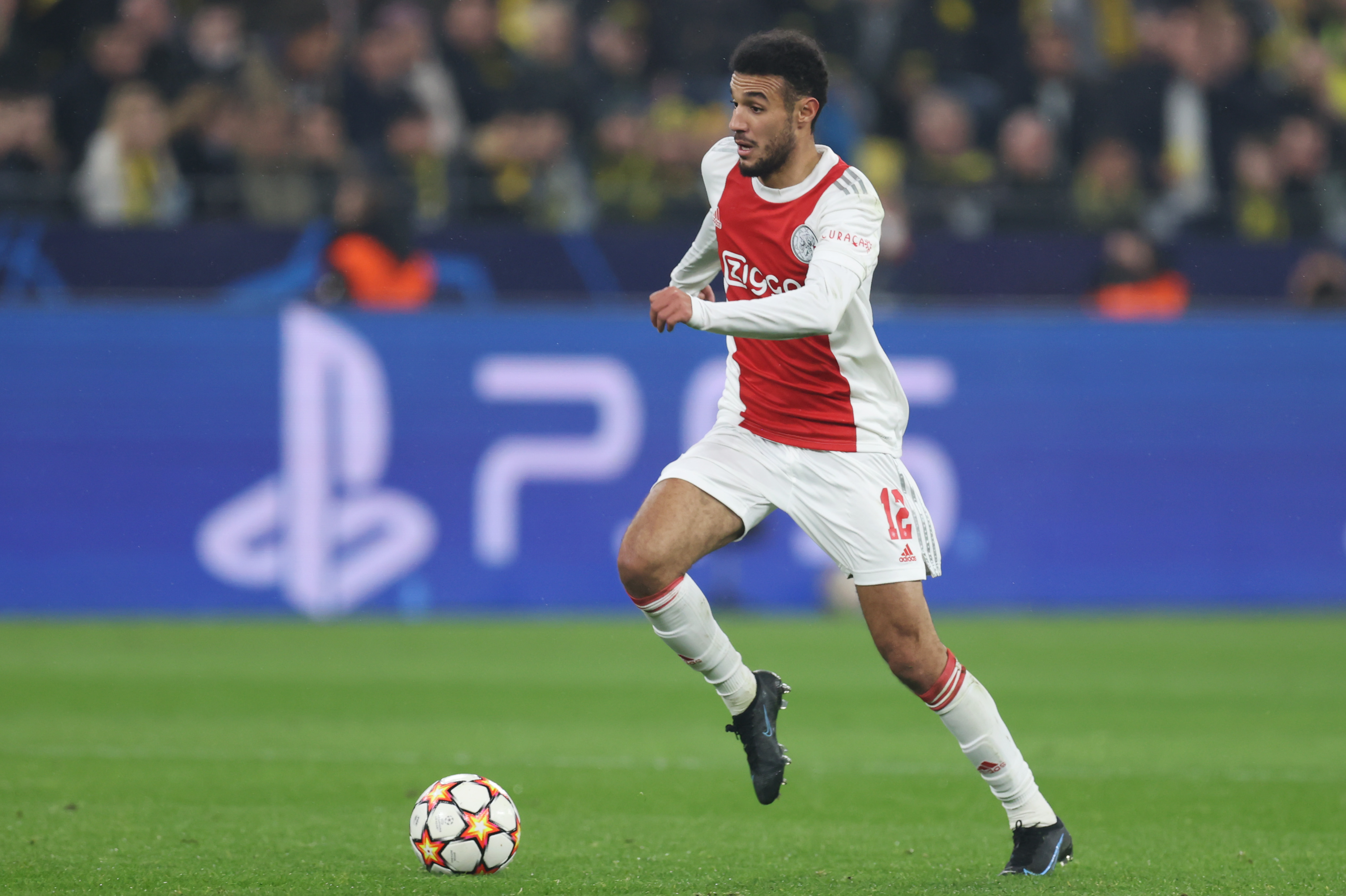 Barcelona have made an offer for Ajax defender Nouassir Mazraoui, who is set to leave the Eredivisie as a free agent this summer, reports renowned Italian journalist Fabrizio Romano.

Mazraoui is one of the top targets for the Catalan giants, who have already enquired about his availability with his agent Mino Raiola during a meeting in December.

The 24-year-old has been pivotal behind Ajax’s topping the Eredivisie league table and progressing in the Champions League this season, netting five goals and four assists in all competitions.

Romano claims Borussia Dortmund and AC Milan have also registered their interest in signing him.

However, Barca are keen on landing the Moroccan international and believe president Joan Laporta’s strong relationship with Raiola could pave the way for his transfer.

The right-back position is not an area of concern, as Dani Alves and Sergino Dest have been producing impressive performances lately.

However, with Sergi Roberto’s future uncertain, Xavi wants to strengthen the position.

Another report from Fichajes claims that Barca have offered Mazraoui a five-year deal with a salary of €3.5 million per season.

The Blaugrana are one step away from securing a deal for Chelsea defender Andreas Christensen while his teammate Cesar Azpilicueta is another free transfer the Spanish giants are targeting.

Barcelona have been reliant on free transfers in recent times due to their financial struggles.

The strategy has paid off, with Memphis Depay, Eric Garcia and Pierre-Emerick Aubameyang making an impact this season.