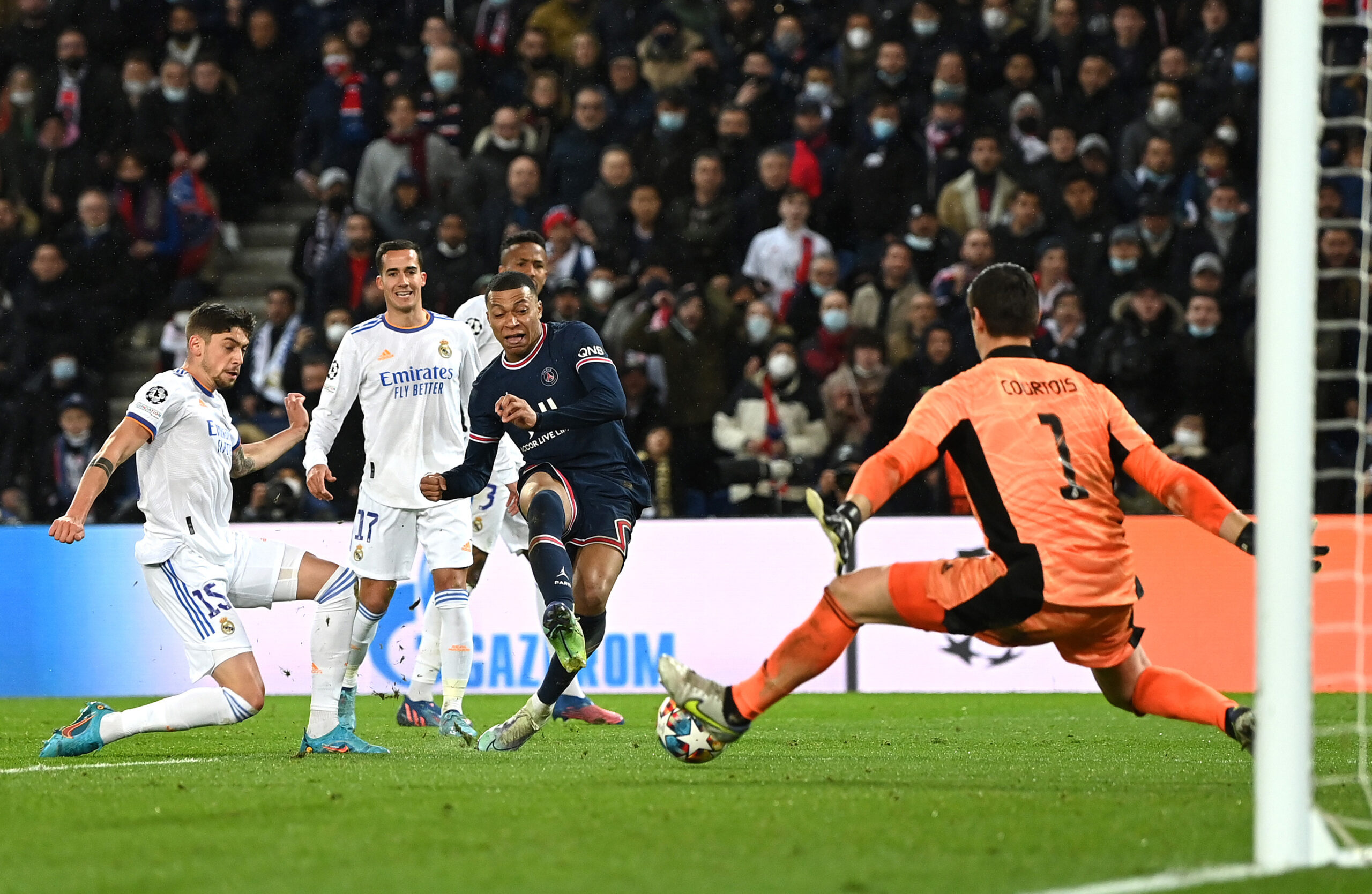 The footballing world’s attention will turn its eyes to the Santiago Bernabeu on Wednesday as Real Madrid and Paris Saint-Germain go head-to-head in the return leg of their mouth-watering Champions League last-16 tie.

Kylian Mbappe’s out-of-this-world solo goal in the dying moments of the first leg gave Paris a precious 1-0 win to bank on going into the decisive showdown in Spain’s capital.

Los Blancos, who are out to turn the tables in Madrid, will have to replicate their weekend performance against Real Sociedad in La Liga to qualify for the quarter-finals.

Madrid vs PSG, along with other Champions League matches this midweek, are available to watch via live football streams.

Carlo Ancelotti’s side came from behind to dismantle Sociedad 4-1 at Bernabeu on Saturday, further solidifying their place at the top of the La Liga table.

Madrid will have to carry that scoring prowess into this fixture after failing to attempt a single shot on target in the first leg in Paris, having amassed a mere three efforts overall.

Before being held goalless at the Parc des Princes, the Spanish heavyweights had found the net in 23 consecutive last-16 matches in the competition.

Los Merengues can rely on their solid European record at home of late, with six wins from their last eight Champions League outings at Bernabeu (D1, L1) handing the home support plenty of reason for optimism.

PSG head into proceedings on the back of a dismal 1-0 Ligue 1 defeat away to Nice, where they only had two shots on target in the absence of Mbappe.

With the French forward still in doubt for this clash (via ESPN), Les Parisiens will feel concerned about their chances of improving their indifferent 12-game form in the Champions League (W5, D3, L4).

PSG’s solid first-leg showing could go in vain unless they find the way to cope with an underwhelming four-game winless streak in away Champions League matches (D2, L2).

It gets even more ominous for the runaway Ligue 1 leaders, as they have suffered five defeats in their last six European visits to Spanish clubs (D1), conceding 17 goals in total.

Ferland Mendy and Casemiro are both ruled out with suspensions after accumulating three yellow cards apiece in the first leg, joining injured Toni Kross on the sidelines.

PSG have more than a few injury concerns on their hands.

In addition to the aforementioned Mbappe, Achraf Hakimi, Leandro Paredes, Sergio Ramos and Ander Herrera are all doubtful for this clash.

Madrid were utterly outclassed by PSG last time out, but we expect nothing of that sort to happen again, especially with Mbappe’s availability in the balance.

Ancelotti has rallied his troops since faltering in France, with Los Merengues winning three successive La Liga matches without conceding since.

PSG’s wobble on the road, including back-to-back losses to Nice and Nantes, gives Madrid a realistic chance to turn this tie on its head.

We back the Spaniards to pull off a second-leg comeback.