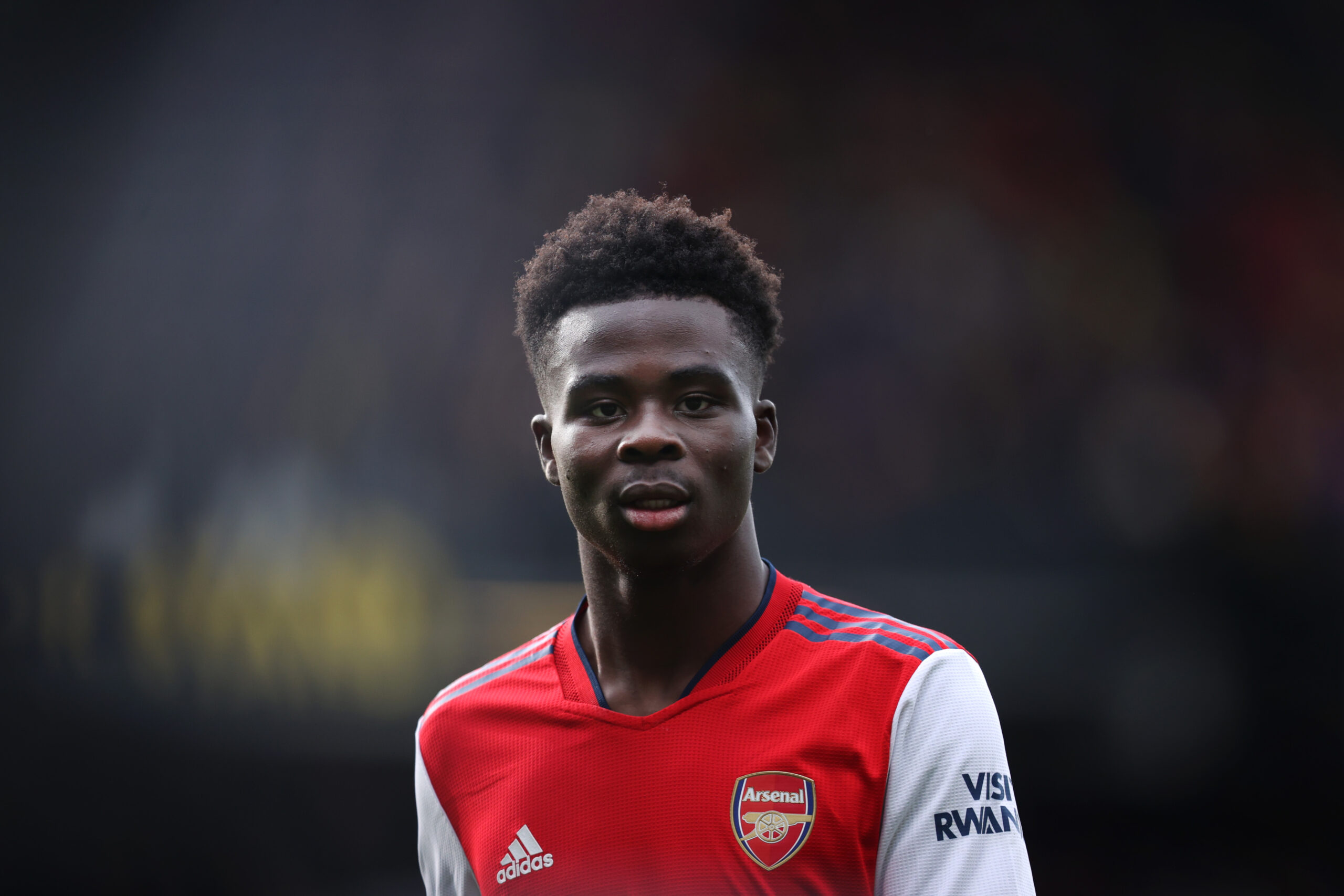 Arsenal jumped into the top four of the Premier League on Sunday following their 3-2 win over Watford on the road.

It was not a perfect performance from the north London giants, but they managed to pick up maximum points in the end.

Bukayo Saka and Alexandre Lacazette were the pick of the players with two goal contributions apiece.

Saka had a slow start to the campaign for the Gunners but has picked up his form significantly since December.

Against the Hornets, he assisted Martin Odegaard’s early goal before bagging the club’s second after good link-up play with Lacazette.

The Gunners graduate has now registered 13 goal contributions in the Premier League this term. It is currently the highest for any player aged 21 or below.

Three of the top five in that category belong to the Gunners (Emile Smith Rowe and Gabriel Martinelli).

Lacazette has struggled to find the back of the net regularly for the Gunners and has been guilty of missing multiple clear-cut chances.

He has netted just twice over the past ten appearances but remains an important figure up front with his sublime link-up play.

The 30-year-old has looked out of sorts with his shooting but has made amends with his ability to find key passes.

The Frenchman has seven assists in the last ten games, two of them coming at Vicarage Road. With his contract expiring in June, the club could be contemplating a renewal.

The Gunners are currently only one point ahead of Manchester United for the fourth spot but have a significant advantage with three matches in hand.

Those games are against Liverpool, Chelsea and Tottenham Hotspur – two of those away from home.

The club don’t have the best run-ins, but the same could be said for United, who still need to face each of those teams.

There is still plenty of work to be done, but the Gunners have been handed a glorious chance of ending their five-year Champions League drought.