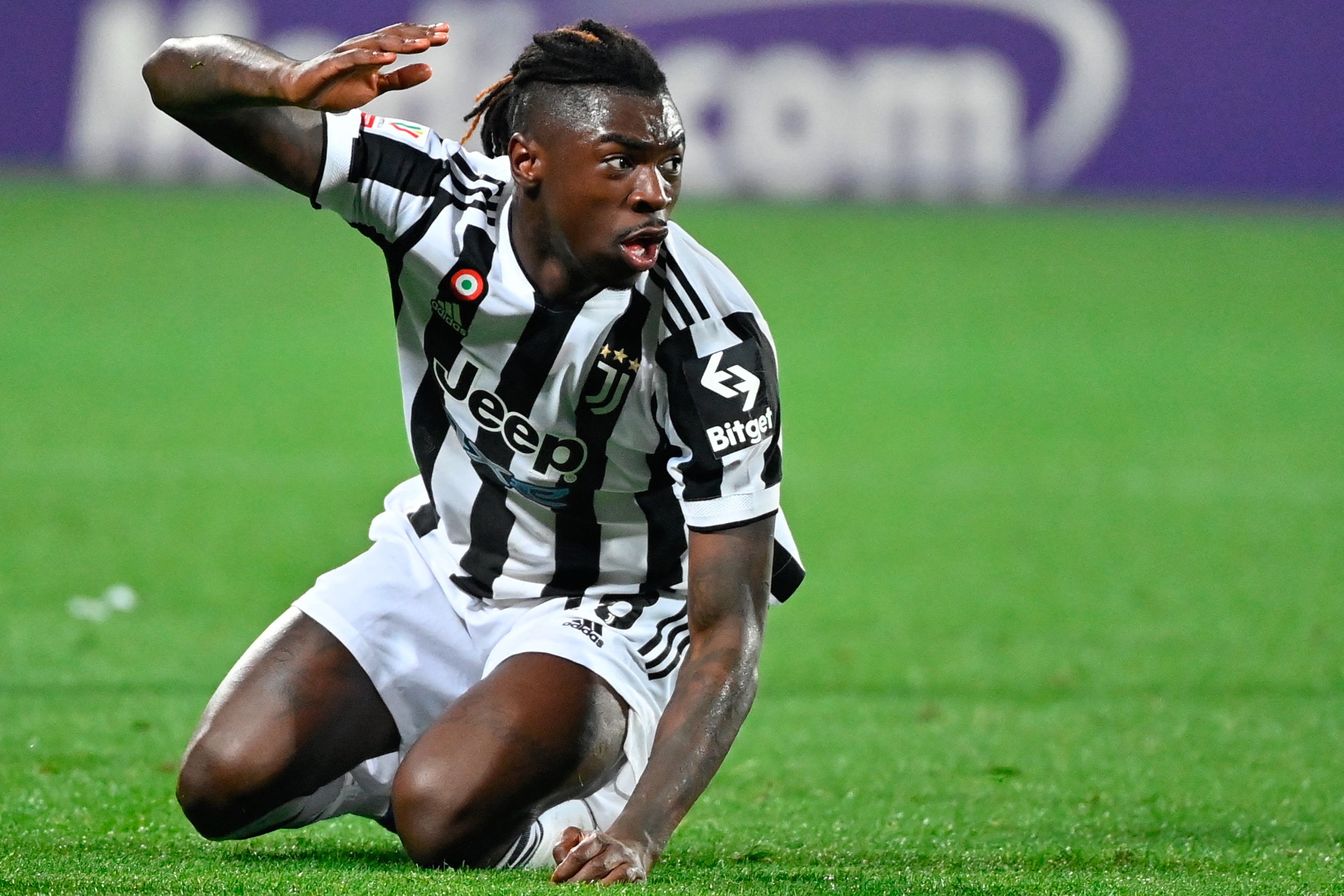 The Italy international spent the previous season on loan with Les Parisiens where he impressed with 17 goals from 41 matches across all competitions.

Despite this, he did not join them permanently last summer. He ended up rejoining Juventus on a two-year loan which has proved unsuccessful.

The 22-year-old has registered just five goals and an assist from 30 games. He has hardly played after the big-money arrival of Dusan Vlahovic in January.

It is now reported that Les Parisiens are considering a summer deal for Kean, but a move could be complicated due to the terms of the loan contract.

Juventus agreed to sign Kean on a two-year loan for €7 million with an obligation to buy for around €28m. There is a ‘binding’ agreement with Everton.

Les Parisiens’ chances of signing Kean would depend on the Toffees’ being convinced by the Biaconeri into terminating the temporary deal mutually.

On top of this, the Merseysiders would want assurances of a financial guarantee for Kean from another club which in this case could be Mauricio Pochettino’s side.

Kean turned his fortunes around with Les Parisiens last term, but the decision to return to his boyhood club Juventus last summer has not proved worthwhile.

The 22-year-old recently netted in the 3-2 win over Empoli, but he was back on the bench for the 1-0 victory over Spezia on Sunday. Alvaro Morata bagged the winner.

It is pretty clear that Vlahovic and Morata are the leading strikers for manager Massimiliano Allegri. This may not change anytime soon with the Italian at the helm.

A summer exit could be an ideal option for Kean. It will depend on the Toffees’ loan stance and Les Parisiens’ willingness to meet the price tag which may remain unchanged.