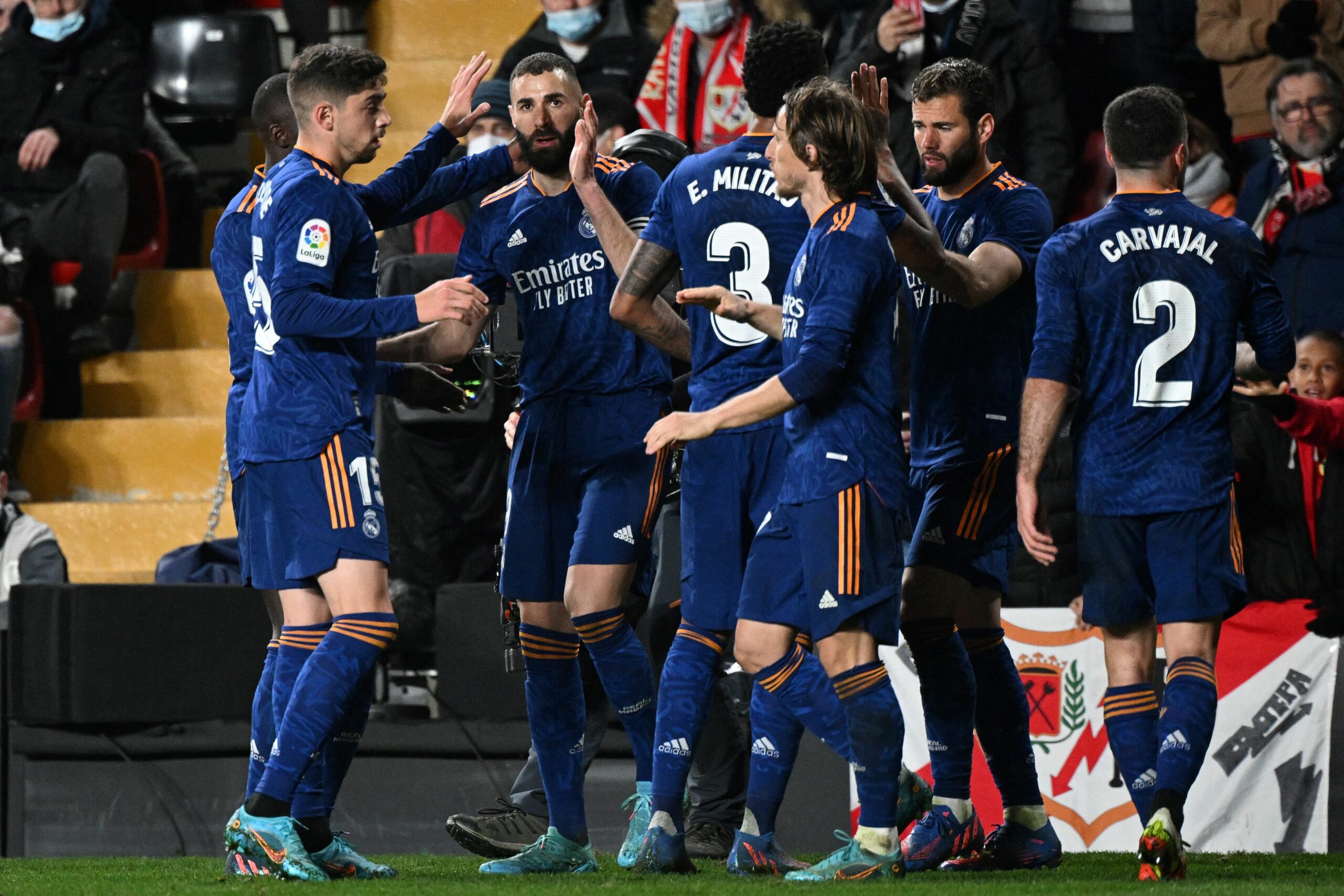 Real Madrid’s pursuit of their second La Liga title in three years continues on Saturday as they welcome Real Sociedad to the Santiago Bernabeu.

After Los Rojiblancos’ uneventful goalless draw at Deportivo Alaves on Friday, Carlo Ancelotti’s men could go nine points clear at the summit and potentially waltz away with the crown already in March.

Since losing 1-0 at Getafe in their inaugural La Liga fixture of 2022, Madrid have gone unbeaten in their last six league matches (W4, D2).

Much of the credit for Real’s upturn in form goes to a rock-solid defence that has kept a clean sheet in each of their last four La Liga outings.

But Los Blancos have registered partial success across their last three top-flight meetings with Sociedad in the country’s capital (W1, D1, L1), with both games won/lost in that period yielding a two-goal margin.

As ever, Ancelotti will turn to Benzema to deliver the goods in the front third after the Frenchman scored winning goals in more La Liga matches (six) than any other player this season.

Imanol Alguacil’s men have bounced back from a humiliating 4-0 defeat at the hands of fellow Basque rivals Athletic Bilbao, winning back-to-back La Liga fixtures ‘to nil.’

La Real are still within touching distance of fourth-placed Barcelona. They sit only two points adrift, although the Catalans have a game in hand.

However, the upcoming visit to Madrid will stir unpleasant memories in the Basque camp, as Sociedad have racked up just one win in their last ten La Liga meetings with Madrilean sides in the capital (D5, L4).

Despite falling out of favour with Alguacil lately, Portu could be the visitors’ main man in Madrid, having scored in two of his last three La Liga appearances at the Bernabeu.

Gareth Bale and key midfield component Toni Kross will remain on the sidelines with injuries for Madrid.

Given the importance of this encounter, we expect both sides to take a cautious approach, especially Sociedad, who have developed a habit of producing cagey performances in high-profile fixtures.

We predict Madrid to take control of proceedings and eventually come out on top.

We say: Real Madrid to win.