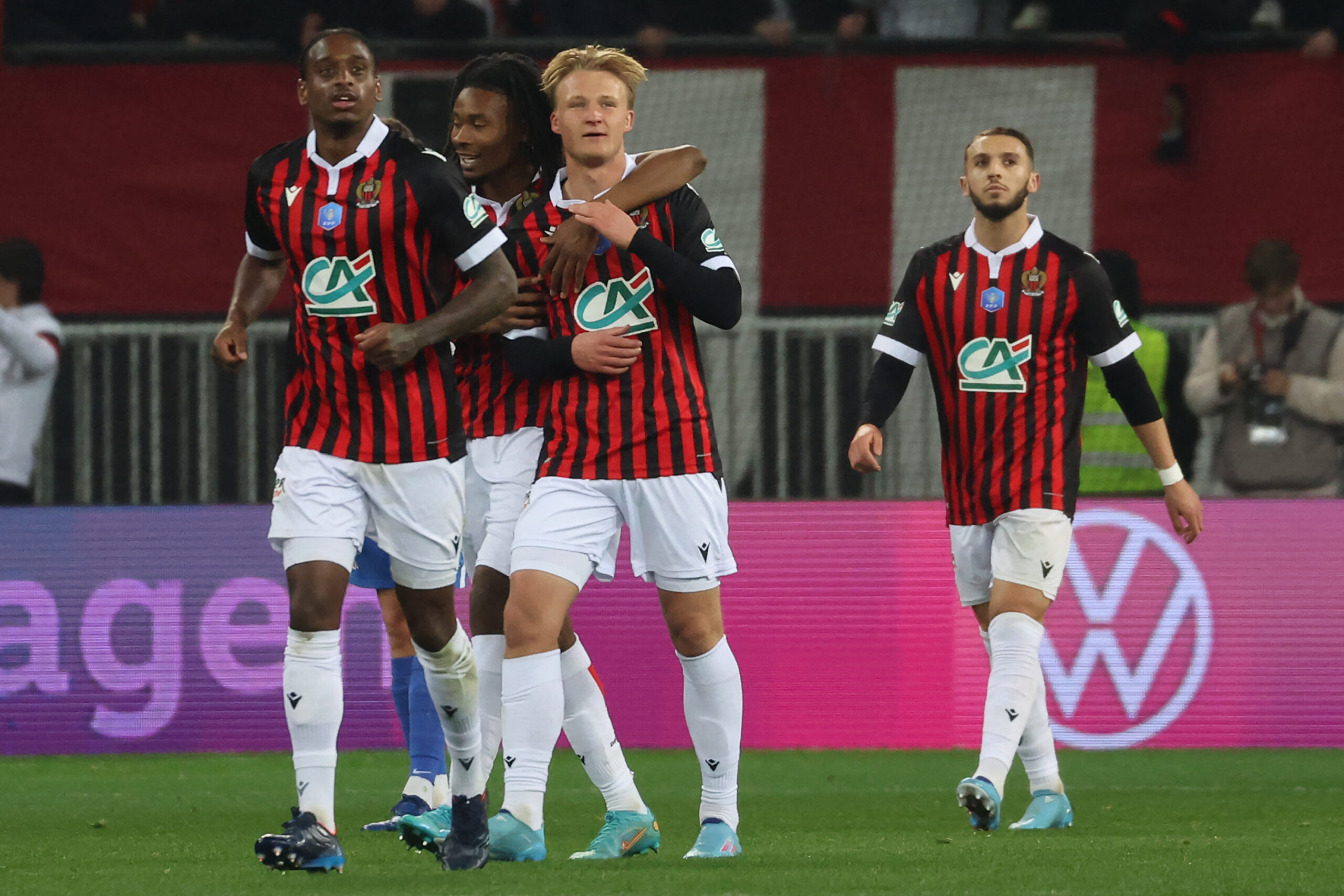 Ligue 1 leaders Paris Saint-Germain will face third-placed Nice in an exciting away fixture this weekend.

PSG recovered from their setback against Nantes with an emphatic victory over St Etienne, where star forwards Lionel Messi and Kylian Mbappe made the difference.

Nice have enjoyed a stellar campaign under Christophe Galtier, as they sit third in the Ligue 1 table.

They could have easily climbed to second place if it weren’t for their struggles in recent weeks, securing only one win in the last four league games.

However, they head into the game on the back of an emphatic 2-0 win over Versailles in the semi-finals of the French Cup, the same competition where they stunned PSG in the round of 16.

Nice’s Champions League spot is far from secured, with Rennes trailing only by three points in fourth place.

A victory against PSG could help them leapfrog Marseille to second place.

Kasper Dolberg and Amine Gouiri will be a threat to Les Parisiens’ defence, with the duo finding the scoresheet in Nice’s win over Versailles.

Gouiri has been the driving force behind Nice’s run, contributing to 20 goals in all competitions this season.

PSG will have a tough time handling the sheer pace and trickery of the French forward.

PSG put their Nantes setback behind and produced a convincing 3-1 win over St Etienne, which extended their lead to 15 points at the top of the table.

Kylian Mbappe continued his impressive form by scoring a double while Lionel Messi moved to the top of Ligue 1 assists charts after setting up both the goals for the former one.

The French World Cup winner will miss the clash against Nice through suspension, and Angel Di Maria is expected to take his place.

Mauricio Pochettino will be eying another clinical performance as it would boost his side’s morale ahead of their next week’s trip to Real Madrid for the second leg of the Champions League round of 16.

Youcef Atal and Jordan Amavi remain the only absentees for Nice. As far as PSG are concerned, besides Mbappe’s suspension, Leandro Paredes and Ander Herrera remain doubtful for the clash. Spanish defender Sergio Ramos is sidelined due to a calf injury.

PSG are likely to struggle with the absence of Mbappe, as Messi’s scoring form has not been up to the mark this season. Both sides could share the spoils, with Neymar expected to find the scoresheet.