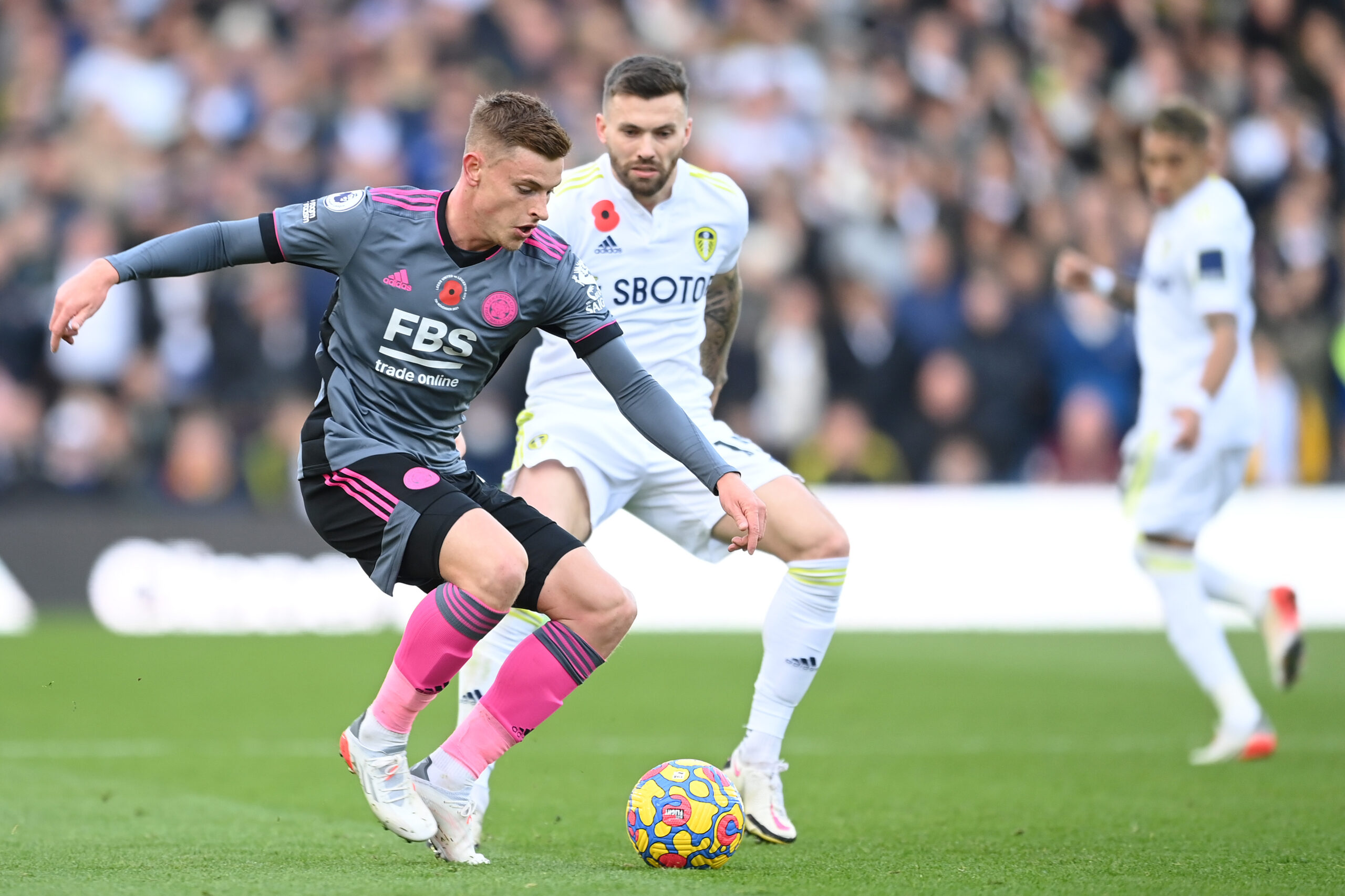 After back-to-back fifth-place finishes, the King Power faithful had high hopes for this season, but the Foxes’ 2-0 win over Burnley last time out is currently sufficient for a dismal 12th place in the Premier League table.

Leicester are still in a far better situation than the Whites, who are condemned for a season-long fight against the drop following four consecutive league defeats.

Brendan Rodgers’ men have failed to win any of their last three Premier League home matches (D1, L2) despite taking the lead on each occasion.

Leicester are still searching for their first top-flight triumph at the King Power in 2022, but after going winless in their last three home league meetings with Leeds (D2, L1), their wait could go on.

Conceding first may not necessarily spell disaster for the Foxes’ hopes of staying unbeaten as they have come from behind to rescue points in 50% of their Premier League home outings after shipping the opener this term.

All eyes will be on Harvey Barnes, who has found the net in each of his three Premier League appearances against Leeds.

Leeds’ embarrassing 4-0 home reverse at the hands of Tottenham Hotspur last time out was the final straw as the Elland Road hierarchy dismissed manager Marcelo Bielsa in the aftermath.

It is now up to new boss Jesse Marsch to architect the Whites’ survival, with the visitors going into this matchday holding a slender two-point lead on 18th-placed Burnley.

Marsch’s first task will be to plug Leeds’ defensive holes that have seen the Yorkshire outfit set an unwanted Premier League record after conceding 2+ first-half goals in their last five matches in a row.

Leeds could become the first top-flight side since Birmingham City between October and December 1964 to concede 3+ goals in six consecutive league fixtures.

Ryan Bertrand, Timothy Castagne, Wesley Fofana, Jonny Evans and James Justin are all ruled out with injuries in the home team.

Liam Cooper, Kalvin Phillips and Patrick Bamford are unavailable for the visitors.

Hopeful of making an immediate impact on the touchline, Marsch will try to tighten up Leeds’ porous defence that set a negative Premier League record in February by shipping 20 goals in a single calendar month.

The visitors’ focus could be on keeping things tight at the back rather than trying to harm Leicester through build-up play, as was the case under Bielsa.

We predict a cautious approach from the Whites that could lead to a cagey, low-scoring affair.