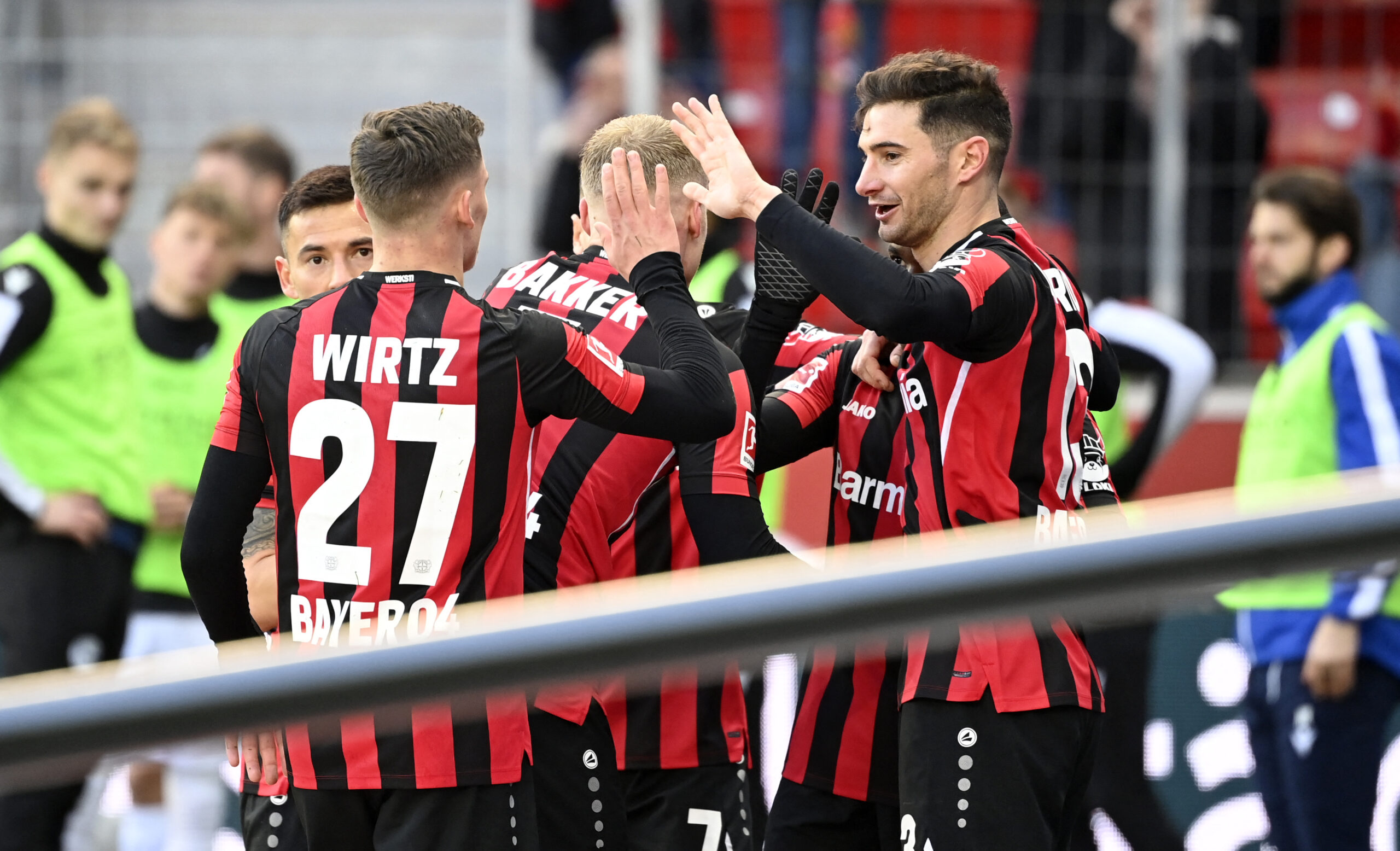 The Bavarians head into the game on the back of a hard-fought win against Eintracht Frankfurt, while Leverkusen have won four of their last five league fixtures.

Bayern recovered from their VFL Bochum setback with a 1-0 win over Frankfurt last weekend, with Leroy Sane scoring the decisive goal.

The victory against the Eagles, which coincided with Dortmund’s draw against Augsburg on the same day, saw Bayern extend their lead to eight points at the top of the Bundesliga table.

Julian Nagelsmann’s side will bid to complete a league double over Leverkusen, having beaten them in the reverse fixture earlier this season.

However, Bayern can expect a tough challenge from the visitors, who have been in brilliant form lately.

Leverkusen have stormed their way into the top four following an impressive run of results in recent weeks.

Die Werkself’s incredible run took a slight hit after a 3-2 defeat against Mainz. But they regrouped quickly with a 3-0 win over Arminia last week, where Moussa Diaby scored a brace to continue his brilliant form.

Patrik Schick has been as impactful as Robert Lewandowski, finding the net 20 times in the Bundesliga this season.

The Czech striker has carried on his excellent form from the European Championships, as he is currently second in the Bundesliga scoring charts behind Lewandowski.

There are doubts over the participation of Schick for Saturday’s clash, but if he is fit he will be a menace to Bayern’s defenders.

Florian Wirtz could be a key difference-maker against Bayern as he has enjoyed a stellar season.

The 18-year-old attacking midfielder is second in the assists charts, and he will look to continue his rich vein of form on Saturday.

Bayern’s injury woes continue to be a concern for Nagelsmann, who is likely to be without the services of key players like Manuel Neuer, Thomas Muller, Corentin Tolisso and Alphonso Davies.

French defender Lucas Hernandez has been suspended for the clash.

Leverkusen are sweating over the fitness of in-form Schick, while Andrey Lunyov and Karim Bellarabi will miss out through injuries.

Leverkusen are likely to present a formidable challenge to the reigning champions with their quality attack consisting of Diaby, Wirtz and Lucas Alario.

Bayern’s struggles were evident during their scrappy win over Frankfurt, and there is a big chance they could continue in the same vein against Leverkusen.