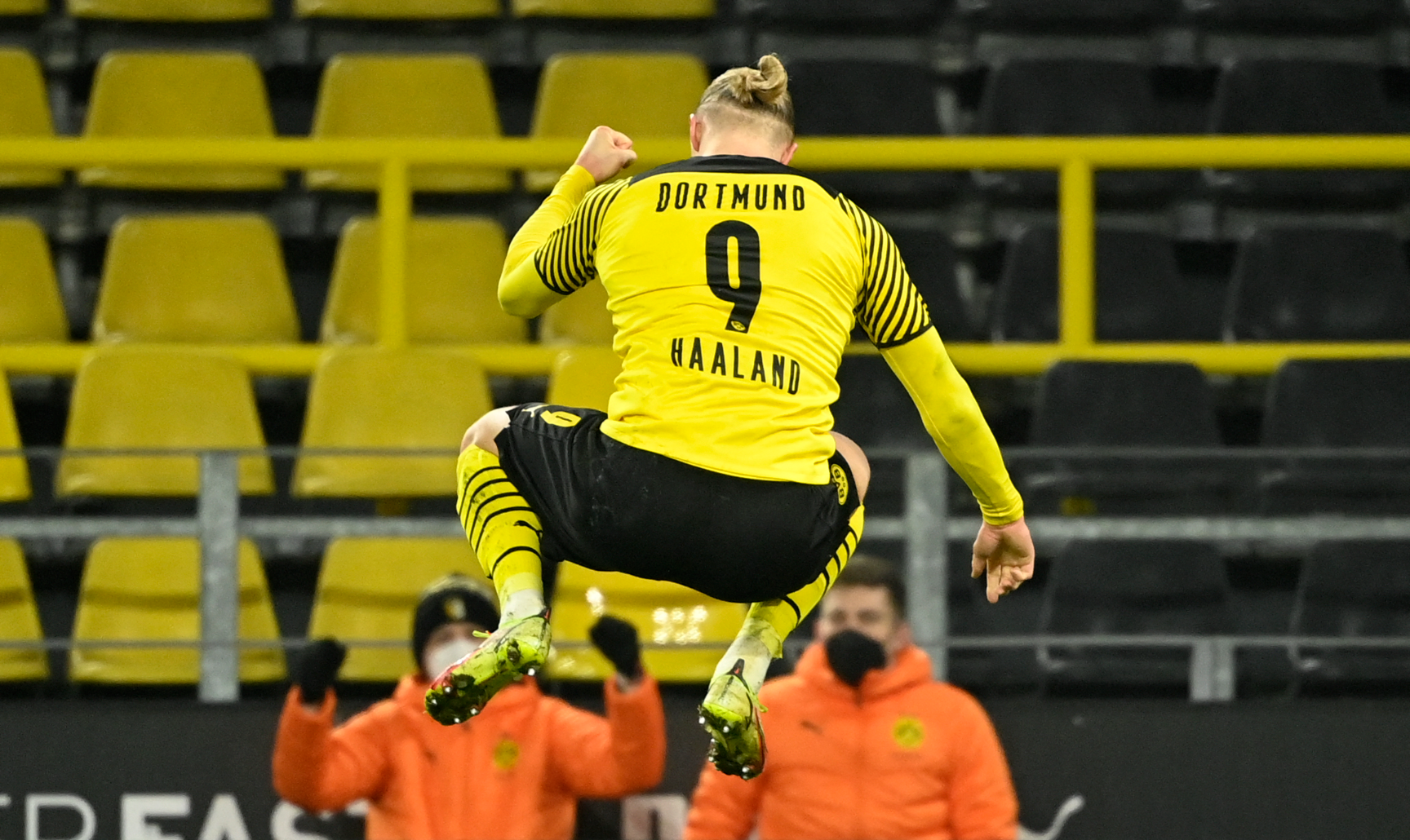 It was reported days ago that Barcelona president Joan Laporta had met with Raiola in Monaco to intensify their pursuit of Haaland.

However, speaking on his YouTube channel, Romano revealed that the Cityzens also talked with Raiola on the same day.

Haaland continues to be a transfer subject of top European clubs, with his £68 million release clause at Borussia Dortmund set to become active this summer.

The 21-year-old is one of the best strikers in the world at the moment, having scored 80 goals in 79 games for Dortmund and coming in third in the Bundesliga top scorer rankings this season.

Man City are desperate to land a top-class striker after failing in their pursuit of Tottenham Hotspur star Harry Kane last summer.

City have deeper pockets to facilitate the signing of the Norwegian international, but La Liga giants Barca and Real Madrid could provide tough competition.

Madrid are also keeping tabs on Haaland, although their priority is certainly Paris Saint-Germain forward Kylian Mbappe, who they are expecting to sign on a free transfer.

The Blaugrana, despite their financial struggles, are optimistic about Haaland’s transfer due to their strong relationship with his agent Raiola.

The Catalan giants have identified the former RB Salzburg star as the one to take up the mantle from club icon Lionel Messi, who moved to PSG last summer.