Can Napoli upset the Milan duo for the Serie A title? 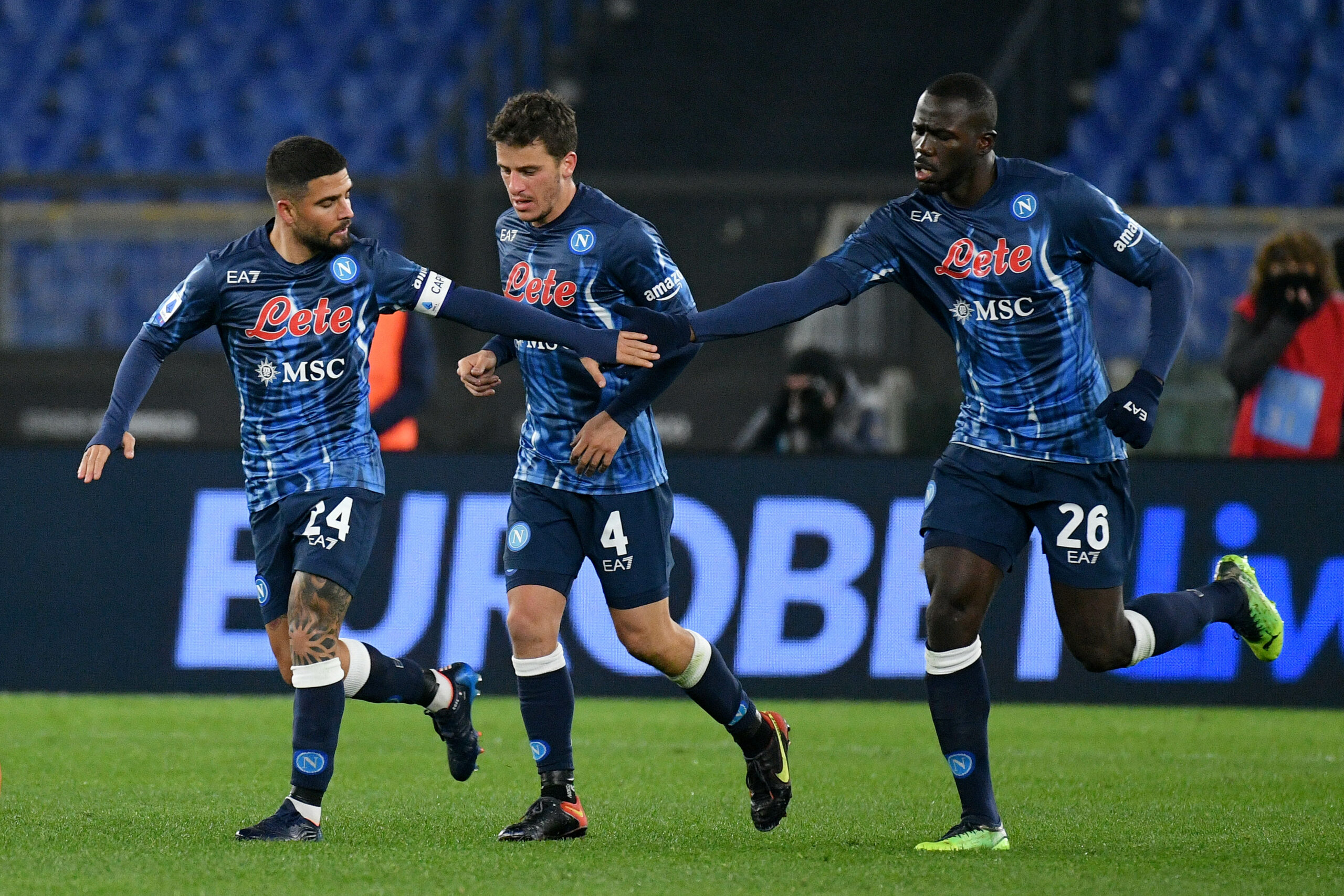 Despite losing the Belgian striker to Chelsea in last summer’s mega-money deal, coupled with Conte’s shock departure, the Nerazzurri entered this season as favourites to regain domestic supremacy.

Although Simone Inzaghi’s managerial tenure at Giuseppe Meazza got off to a flying start, Inter’s form wobble since the calendar year flipped to 2022 has opened the door for Napoli and AC Milan.

Led by new head coach Luciano Spalletti, the Partenopei have reaffirmed their status as a force to be reckoned with in Serie A this term, racking up an eye-catching 85% unbeaten ratio in Italy’s top-flight.

Going into the final 11 Serie A fixtures of the season, they sit atop the Serie A league table, level on points with current runners-up Milan and two clear of third-placed Inter, who have a game in hand.

Napoli still have to do some heavy lifting if they are to pip the Milan clubs to their first Scudetto since Diego Armando Maradona inspired them to the famous 1989/90 success.

Victories over Juventus (H) and Milan (A) have demonstrated Napoli’s capacity to shine in mammoth, high-octane fixtures this season.

Spalletti’s team will need to muster that strength when they take on the Rossoneri this weekend’s must-watch football game on TV – a top-of-the-table six-pointer at the Diego Armando Maradona Stadium on Sunday evening.

Milan’s visit to Naples could be a season-defining match-up for the Partenopei following their hard-earned 2-1 triumph at Lazio last time out.

A potential win would put the wind in their sails going into tricky encounters against mid-table Hellas Verona and relegation-battling Udinese later in March.

But April could prove crucial to Napoli’s title ambitions as they will face Atalanta, Fiorentina and Roma in succession next month.

Napoli’s hopes of pipping the Milan heavyweights to the Serie A title will largely depend on their performances in those three matches, especially the one against La Dea.

Alongside Inter, Atalanta are the only top-table team to have defeated the Partenopei this season, courtesy of a 3-2 win at the Diego Armando Maradona Stadium in December.

Note: All Serie A games are available via live streaming.

Without the distraction of European football following their Europa League elimination at the hands of Barcelona, Napoli will channel their efforts towards conquering Serie A this season.

Milan, who failed to secure springtime European fixtures, have performed in patches in the second half of the season. With their star striker Zlatan Ibrahimovic out, they are seemingly running out of steam.

Inter have experienced a noticeable dip in form since the start of February, going winless in their last four league games.

Unless Inzaghi finds the way to revive his side, the Nerazzurri could be in trouble, which could pave the way for Napoli’s long-awaited Scudetto.

With Juventus steaming forward on the back of Serie A top scorer Dusan Vlahovic’s winter arrival from Fiorentina, the Partenopei may never have a better opportunity to claim the league title for the foreseeable future.

There is no doubt that Spalletti has a world-class squad at his disposal, and if the likes of Lorenzo Insigne, Fabian Ruiz and Victor Osimhen stay fit, this could finally be Napoli’s season.

Insigne will leave his boyhood club for a summer switch to the MLS franchise Toronto FC, and what a better parting gift than lifting his maiden Scudetto with his beloved Napoli.

Despite carrying a reputation as one of Italy’s best coaches, Spalletti has yet to win the Scudetto during his managerial career, so there is another added motive for the Partenopei to go all the way this season.