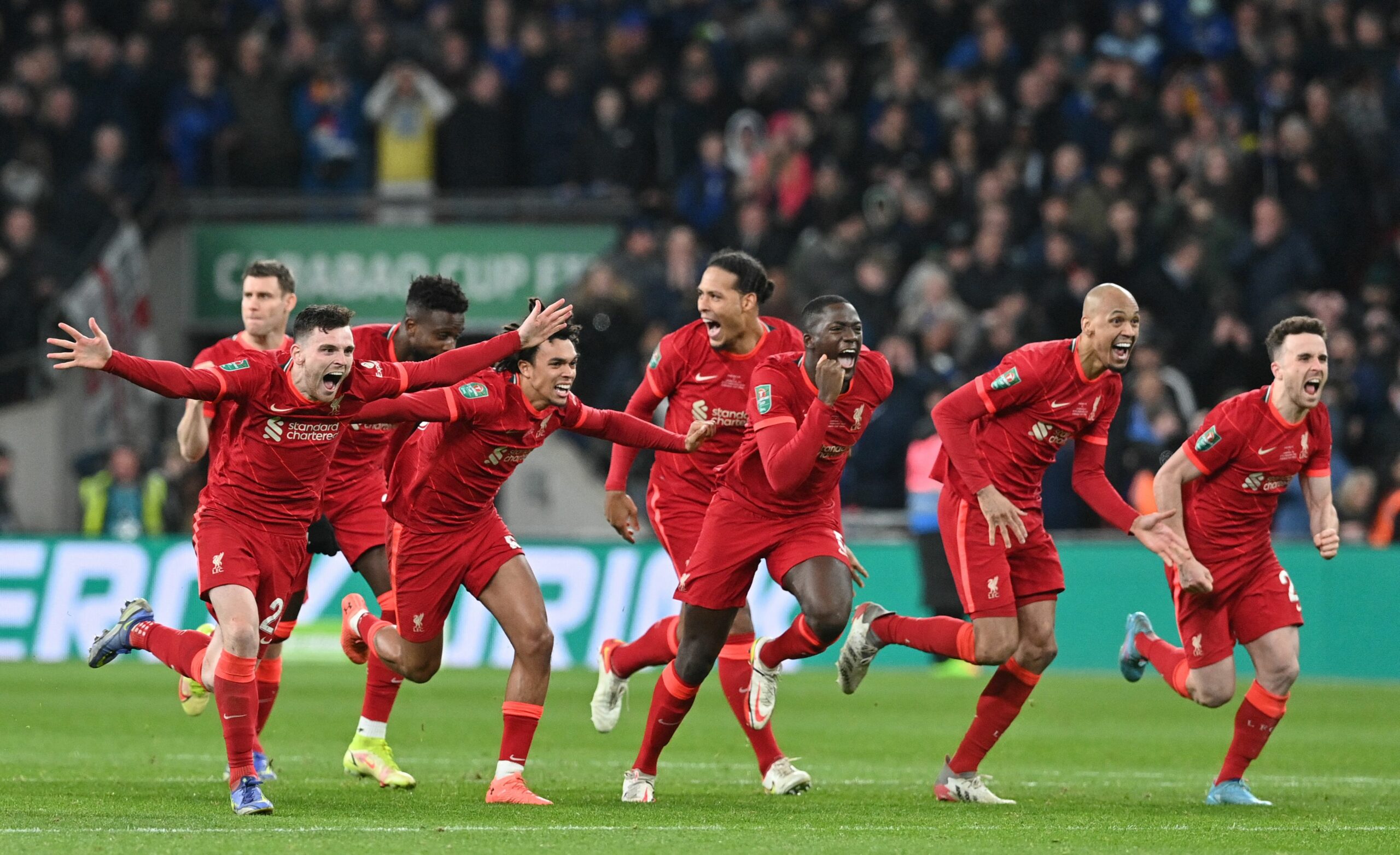 Fresh from lifting their first Carabao Cup trophy under Jurgen Klopp’s tutelage, Liverpool are looking to translate that form into their FA Cup match against Norwich City.

The Reds came out on top of a nerve-shredding showpiece against Chelsea last weekend, courtesy of Kepa Arrizabalaga’s miss in the 11th series of the shoot-out.

Liverpool vs Norwich, along with several other FA Cup matches, will be available to watch live on TV in the United Kingdom. You can also review these FA Cup live streaming options if you are outside the UK.

A goalless draw within regulation time at Wembley made it four clean sheets in five competitive matches for Liverpool, who have now won ten consecutive games, penalties included.

Since losing 1-0 away to Leicester City in their final Premier League fixture of 2021, the Reds have gone unbeaten in their last 13 outings across all competitions (W11, D2).

Although it may sound a bit surprising, Liverpool have reached the FA Cup fifth round for only the second time under Klopp while they last qualified for the competition’s quarter-finals in 2014/15.

But the Merseyside giants must be confident about replicating that feat this time around as they take on a Norwich side they have defeated in their last six encounters in all competitions.

After a run of three consecutive victories, including a 1-0 win at Wolverhampton Wanderers in the previous round, Norwich have won none of their last four matches (D1, L3).

Going into this fixture, Dean Smith’s men have lost three consecutive Premier League games by an aggregate score of 9-1, including a 2-0 defeat at Southampton over the weekend.

The Canaries have failed to negotiate their FA Cup fifth-round ties in four of their last five attempts, although they ousted Tottenham Hotspur in their most recent such engagement, back in 2019/20.

However, Norwich look like a doomed outfit here, having already lost all three meetings with Liverpool this season – two in the Premier League and one in the Carabao Cup – conceding precisely three goals on each occasion.

After leaving the Carabao Cup final in tears, Thiago Alcantara will join Roberto Firmino in the treatment room, while Diogo Jota could regain his place in the starting XI.

The Portuguese ace, who appeared at Wembley as a substitute, could line up alongside Takumi Minamino and Divock Origi in the front third, as Mohamed Salah and Sadio Mane need rest.

And while Klopp will likely shuffle the deck, his Norwich counterpart Smith could field his best line-up to bolster the Canaries’ hopes of winning their first FA Cup meeting with Liverpool in the 21st century.

Even though Klopp may opt for an under-strength squad, Liverpool should reach the quarter-finals and maintain their outstanding run of form.

Deeply embroiled in the Premier League relegation battle, Norwich should save energy for the upcoming league fixtures if they are to secure survival this season.