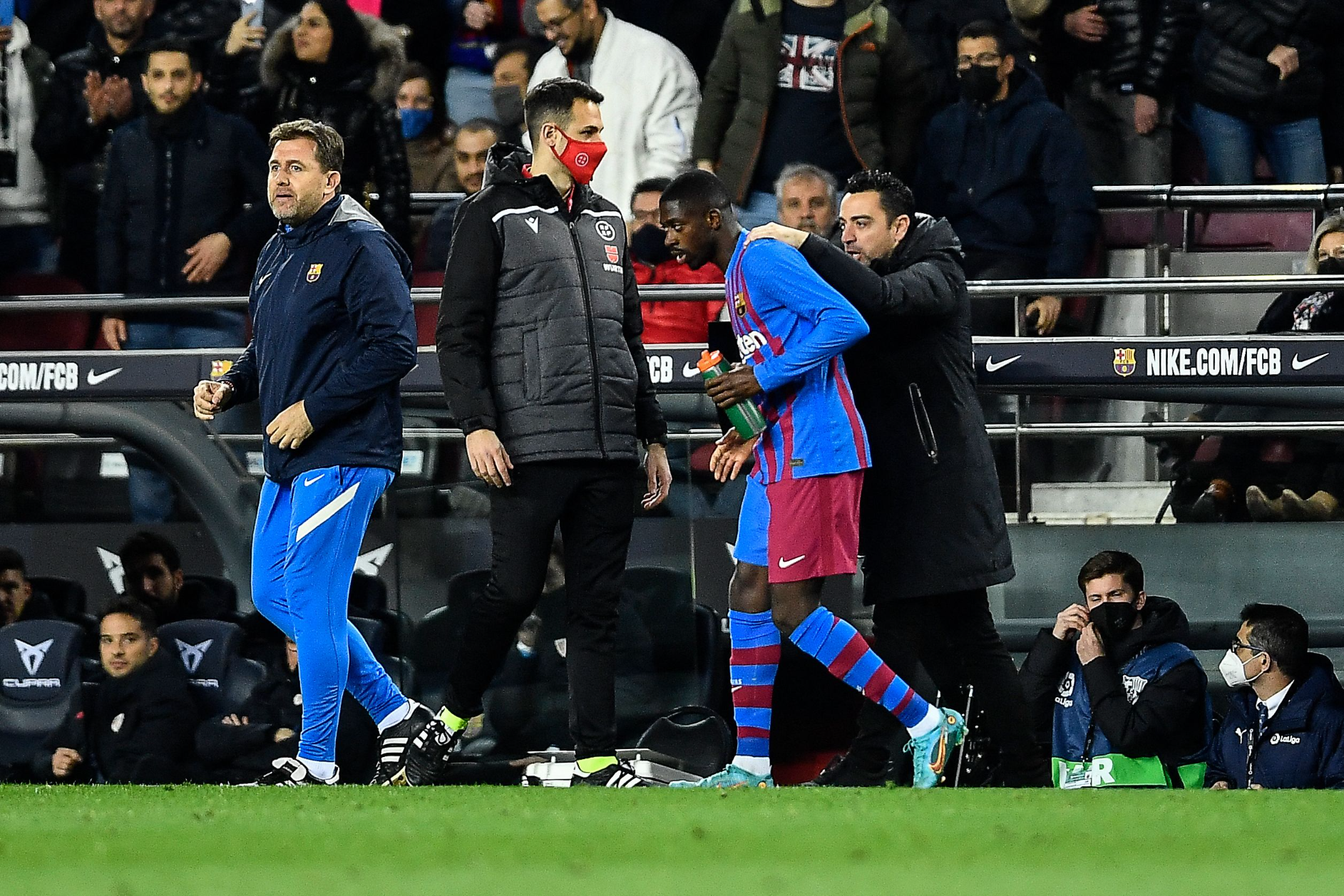 The French winger’s contract is due to expire this summer after he declined a renewal offer in January, much to the disappointment of the Barca hierarchy.

The 24-year-old was left out of the squad for a handful of games, leading to speculation that he might leave the Camp Nou for free this summer.

However, Laporta remains hopeful that Dembele will reconsider his stance.

The Blaugrana chief told Cadena SER (h/t Marca): “Dembele knows our offer and that we have always wanted him to stay. We hope that at the end of the season he will reconsider it.”

The French attacker was subject to a hostile reception from home fans during the last two games.

However, he silenced the fans with a stellar cameo in the 4-0 win against Athletic Bilbao, scoring a goal and providing two assists.

Xavi also showered praise on Dembele, stating that he is a top professional and can score from different positions.

The Catalan manager told Sport (h/t Football Espana): “I am happy with him because he is a professional. I defend him because I don’t say any lies.

“He has made the difference. With many conditions, off the left, the right, with the last pass, he can score.

“We have seen the Dembélé we want.”

They have also set their sights on Borussia Dortmund striker Erling Braut Haaland.

It remains to be seen whether Dembele will reconsider the renewal offer or move elsewhere this summer.